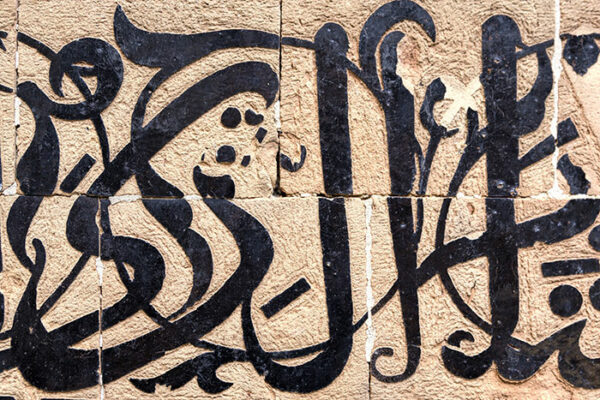 The Arabic influence on the English of science, mathematics and cuisine

The Muslim conquest and settlement of al-Andalus came when Europe was in the Dark Ages after the fall of the Roman Empire when much of the knowledge of the ancient Roman and Greek worlds was neglected or looked like being lost. Fortunately for later generations of scientists, Arab scholars preserved and translated many texts of the ancient European world and also made their own important contributions to mathematics, astronomy, medicine, and physics.

This era of intellectual achievement from the middle of the 8th century to the middle of the 13th has rightly been called the Islamic Golden Age and the texts from it proved a vital source of knowledge to later generations during the Renaissance and the scientific revolution. Although the importance of this period has at times been underplayed in Europe, the influence can clearly be seen in the English language.

For example, the numeric system that uses numbers from zero (from Arabic sifr meaning ‘empty’) to nine comes from the Arabic world and replaced the cumbersome Roman numerals where a simple date like 1910 has to be written as the much longer MDCCCCX. Arab mathematics also gave us the words algebra (‘the reunification’),algorithmand average. The early meaning of average was a lot different from what it is today. “The origin of the word is nautical and from the Mediterranean, which makes Arabic origin possible, but its etymology is still unsolved, though few words have received more etymological investigation.” Ernest Weekley (1921).

Mathematics is vital in the study of astronomy and Arab observers of the stars added to the work of Greek and Roman pioneers and gave us some words still used by astronomers today such as azimuth (‘the paths’), nadir (‘the opposite path’), and zenith (‘the path over one’s head).

The Arabs also studied chemistry’s precursor, alchemy (‘the transmutation’) and although they failed to turn base metals into gold they did give the English language the words alkali and alcohol. Amalgam was first used in the West in 13th century Latin alchemy texts, where it referred to an alloy of mercury with another metal. It lacks a plausible origin in terms of Latin precedents but the liklelihood being that it originated from the Arabic al-malgham.

Today’s definitions for zircon and zirconium were set by chemists in Germany around the year 1800. Medieval Arabic zarqūn could be translated as cinnabar], red lead], and similar minerals. The Arabic was clearly borrowed by the Spanish and Portuguese as azarcon/zarcão have the same meaning as the Arabic zarqūn.

Many of the terms used in food and drink are influenced by Arabic: