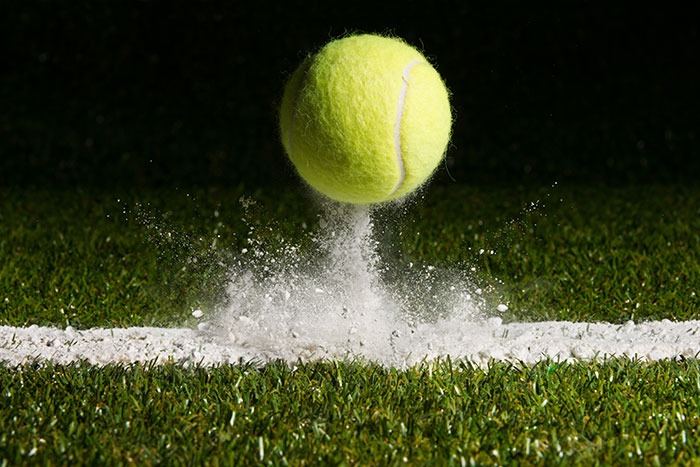 Most of us know our racquet from our ball, our backhand from our forehand, and perhaps even our aces from our deuces.

But what else will you need to know if you’re to follow the tennis and understand who’s the hot dog and who’s just getting a bagel?

Read on to find out who plays tree and who plays tweeners, why Continental tennis is more ferocious than Eastern and why some tennis players would be delighted to hear their tournament director tell them ‘bye!’

Games must be won by two clear points. A set is won by the first person to win six games, if he or she is ahead by at least two games. If players win six games all, they must decide the set with a tie-break. Matches are won when the winner has won the number of sets required by the rules of the particular tournament.

There are several of these you’ll need to know if you’re to stand a chance of understanding Wimbledon.

First, each point is started with a serve, usually made from over your head; the groundstrokes are basic forehand and backhand strokes; a drop shot is a soft shot which makes it just over the net, whereas a lob is a shot hit high and deep into your opponent’s court.

An ace is a serve that your returner doesn’t even touch with their racquet; a passing shot is a forehand or backhand which you hit past your opponent, and a volley is made before the ball bounces; an overhead is hit from over your head – if it is hit very hard and fast, it is also known as a smash.

A tree is either a player who is playing unusually well, or a shot that is surprisingly exceptional for a particular player; meanwhile a seed is a player who has been given a ranking within a tournament.

Wild cards are players whose ranking is not high enough to qualify automatically for any given tournament, but who are accepted into the draw at the discretion of the tournament’s ruling Committee.

Wild cards have been allocated at Wimbledon since 1977 and in 2014, 8 Britons have been handed entry into the men’s and ladies’ singles: Kyle Edmund, Daniel Cox, Daniel Evans, Daniel Smethurst and James Ward; Naomi Broady, Tara Moore and Samantha Murray.

In tennis this is not an affectionate term, but when a player has a score of zero.
The origins of this are disputed, but it is likely that the term derives from ‘to play for love of the game’, i.e. for nothing.

Love has also been rumoured to originate in medieval France, in modern tennis’s precursor ‘jeu de paume’ : the French apparently likened the figure zero to an egg, ‘l’oeuf’, which through anglicization became ‘love.’

Until recently, egg was used to refer to a love set (one lost 6-0), but this has now been replaced by donut or bagel (perhaps due to our changing modern-day breakfast preferences). If a player’s technique continues to worsen, they may have a double bagel on their hands – a little heavy before a big game if you ask me!

In avoiding love sets you might even achieve a golden set, which is won 6-0 without even dropping a single point. In the history of professional tennis, this has only been achieved twice – once by American player Bill Scanlon on 22 February 1983, and most recently by the Kazakhstani women’s player Yaroslava Shvedova during Wimbledon 2012.

Both are sharp calls, indicating that a point needs to be replayed. Net is called when a first serve hits the net. Let is called, for example, when a serve clips the top of the net but still lands within the court.

The baselines are at each end of the court, where players serve from.

If a player tends to remain on the baseline during rallies, never approaching the net, then they are a baseliner. This takes huge stamina, but it also gives players the ability to tire their opponent by moving them around the court – Novak Djokovic and Rafael Nadal are excellent examples of baseliners.

The Eastern forehand grip is the classic grip taught to beginners, holding the racquet as if shaking hands with it, for straight, forward shots. The Eastern backhand grip is the simplest backhand, made by just turning the back of your racquet to face the incoming ball.

The Western forehand grip, meanwhile, is far more difficult and used to apply extreme topspin, whilst the Semi-Western forehand grip provides base-spin and extreme power; both Western styles can also be used in backhand – again with difficulty, and for significant spin.

Finally, the Continental grip is used for fast volleys and strikes, and is achieved when holding the racquet like an axe – also called the Chopper or Hammer!

With all this gastronomy on the pitch, it could be assumed that tennis fans are also foodies!

A tweener or hot dog is a trick shot which involves hitting the ball between the legs from rear to front while retrieving an offensive lob – Roger Federer has played several successful (and a few unsuccessful) tweeners in his time.

That’s Game, Set, Match from us for now, but the casual farewell ‘bye!’ also has another meaning in tennis: during a tournament, a player can be given a bye, which means they are automatically advanced to the next round.