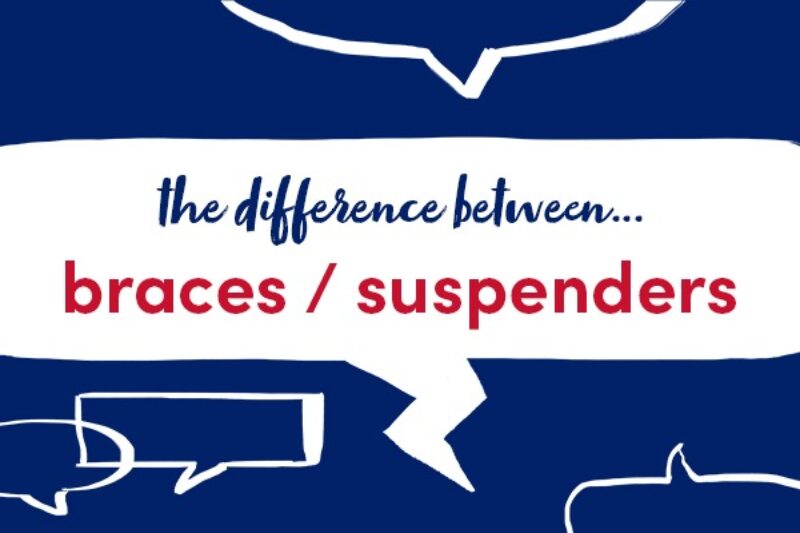 What’s the difference between braces and suspenders?

This week we are looking at some words that are used differently in British and American English: braces and suspenders.

In British English, braces can refer to a pair of straps worn over the shoulders for holding up the trousers.

He also wore a pair of colourful braces.

In American English, braces or curly braces are a pair of written marks that you place around words, numbers, or parts of a computer code, for example to indicate that they are connected in some way or are separate from other parts of the writing or code. In British English, these are known as curly brackets.

You can also use braces in both British and American English to talk about a metal device that can be fastened to a child’s teeth in order to help them grow straight.

Why don’t you get braces to straighten up your teeth?

In British English, suspenders are a piece of underwear used for holding up stockings.

This is also known as a suspender belt in British English, or a garter belt in American English.

In American English, suspenders is the word used for a pair of straps worn over the shoulders for holding up the trousers.

Both braces and suspenders are plural nouns. You use a plural form of a verb with them.

The braces were red with silver clips.

You can also talk about ‘a pair of braces or ‘a pair of suspenders’. You use a singular form of a verb with these expressions

A pair of suspenders is almost obligatory with a checked shirt. 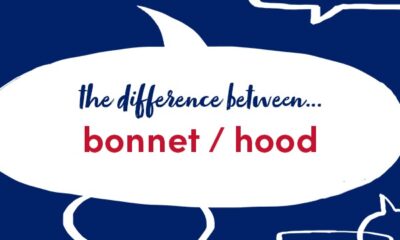 What’s the difference between bonnet and hood?

This week we are looking at some words which can be used differently in British and American English: bonnet and hood. bonnet In British English, the metal cover over the engine of a car is called the bonnet. I lifted the bonnet to… Read More 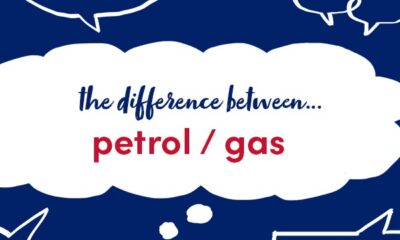 What’s the difference between petrol and gas?

This week we are looking at some words which can be used differently in British and American English: petrol and gas. petrol In British English, the liquid that is used as fuel for vehicles is called petrol. I’m sorry I’m late. I had to stop for petrol. In American English, this fuel… Read More 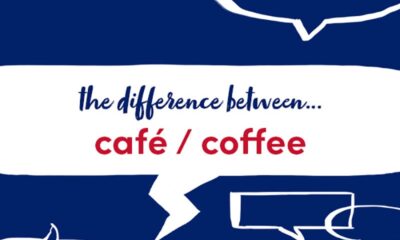 What’s the difference between café and coffee?

This week we are looking at two words which are sometimes confused: café and coffee. café A café is a place where you can buy drinks and simple meals or snacks. In Britain, cafés often don’t sell alcoholic drinks. Café is sometimes spelled cafe. Is there an internet café near here? They’ve opened a cafe in the main square. coffee Coffee is… Read More