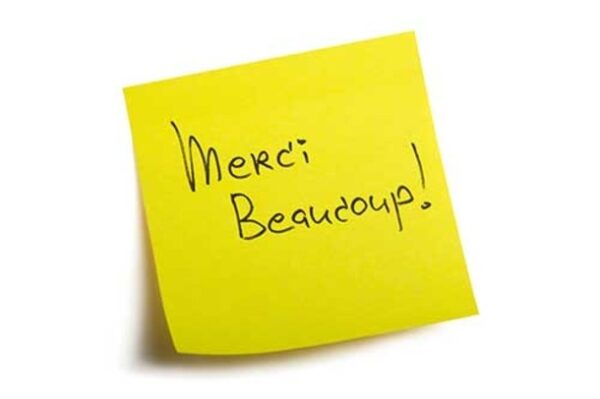 Good manners are always important for good communication, whatever language it is you’re speaking, and whoever it is you’re addressing. With that in mind, our next French conversation blog looks at those common courtesies that feature in so many of our everyday interactions.

In most cases, you would use the phrase s’il vous plaît to say please in French when asking for something, or requesting information:

If you want to say yes, please, you would usually use oui, s’il vous plaît. You could also say oui, merci to mean much the same thing; or, if you wish to be particularly emphatic, you could use oui, volontiers (with pleasure).

As discussed in the previous blog, vous is the safest pronoun to use when speaking to someone new. If you are addressing someone you know well, then you would use s’il te plaît instead.

The most common way to say thank you in French is merci (thanks), but there are plenty ways of expressing your gratitude a bit more effusively:

Merci beaucoup. Thank you very much.
Merci bien. Thanks a lot. (This can be said sarcastically too, so use with caution!)
Merci mille fois! Thanks a million! (Or, literally, Thanks a thousand times! Not that anyone’s really counting…)

A more formal way of saying thank you is Je vous remercie or Je te remercie (I thank you) – this isn’t used often in conversational language, but you may want to use this phrase when giving particular thanks to an individual or a group.

One thing worth remembering is that when you are being offered something, you should stipulate oui, merci or non, merci, as merci on its own could mean either Yes, thanks or No, thanks.

The usual response to merci is de rien (You’re welcome – literally, It’s nothing) or il n’y a pas de quoi. In a more formal context, you could say Je vous en prie or Je t’en prie.

The phrases excuse me and sorry both have lots of different senses in English, and there are various ways of translating these into French – let’s look at some possible translations and where you might use these phrases:

Excusez-moi. Excuse me.
This covers most situations, whether you’re looking to attract someone’s attention, making a polite request, or apologizing.

Pardon. Pardon / Sorry.
Usually given as a polite apology or, when used as a question, to ask someone to repeat something they’ve said – if you’re starting to learn French, you’ll use this a lot!

Je suis désolé. I’m sorry.
If you’re looking to express regret for something, or offering somebody your sympathies, then you would use this phrase, or you could simply say désolé. Note that in written French, you would add an extra e to désolé if you are a woman, but the pronunciation in spoken French remains the same.

Je m’excuse. Excuse me / I’m sorry.
This would be used in much the same way as excusez-moi, in the sense of offering an apology. However, although it’s relatively widely used by French native speakers, there are many people who would say it’s not correct French –the phrase literally means I excuse myself. Excusez-moi is a safer term to use, but don’t be surprised if you hear je m’excuse used by French friends in informal conversation.

Terms of address
As a rule, if you’re addressing a stranger, it’s always most polite to refer to them as monsieur or madame. As in English, mademoiselle (Miss) is less frequently used nowadays and tends to be used for young girls rather than adults, so it’s best to avoid using this term.

Don’t forget…sorry, please don’t forget to come back for the next blogpost to help you continue with the conversation. Merci d’avance – thanks in advance! 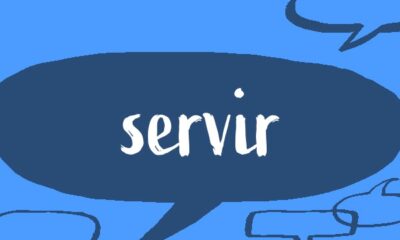 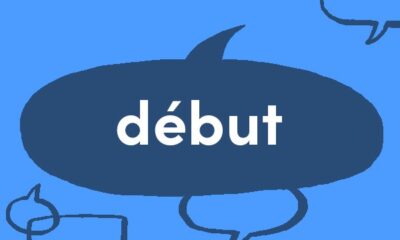 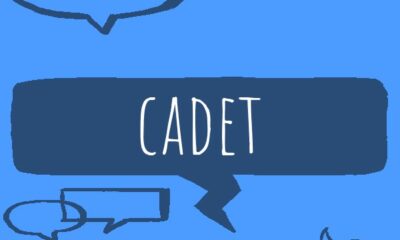 French word of the week: cadet

This series of weekly blogs takes a closer look at words from our French dictionaries. The word we're focusing on this week is 'cadet'. Read More