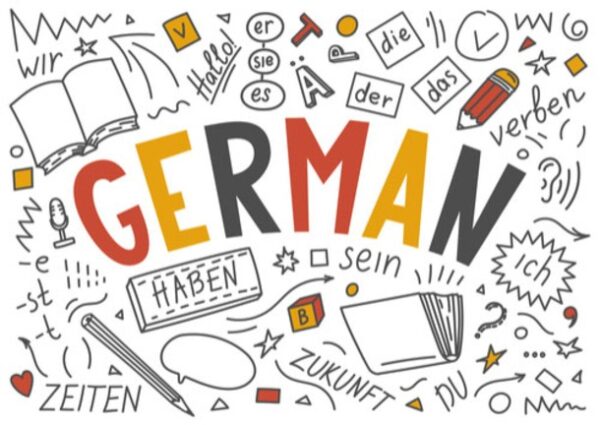 The present tense is used to talk about what is true at the moment, what happens regularly and what is happening now, for example, ‘I’m a student’; ‘She works as a consultant’; ‘I’m studying German’.

There is more than one way to express the present tense in English. For example, you can either say ‘I give’, ‘I am giving’ or occasionally ‘I do give’. In German, you use the same form ich gebe for all these.

In English you can also use the present tense to talk about something that is going to happen in the near future. You can do the same in German.

The perfect tense is made up of two parts: the present tense of haben or sein, and the German past participle (like ‘given’, ‘finished’ and ‘done’ in English). Most verbs form the perfect tense with haben. There are two main groups of verbs which form their perfect tense with sein instead of haben: two verbs which mean ‘to happen’ (geschehen and passieren) and a group of verbs that are mainly used to talk about movement or a change of some kind, including:

The imperative is a form of the verb used when giving orders and instructions, for example, ‘Be quiet!’, ‘Shut the door!’, ‘Don’t go!’

In German, there are several forms of the imperative that are used to give instructions or orders to someone. These correspond to du, ihr and Sie. For the du form most verbs simply use the verb stem (an –e can be added to help pronunciation). The ihr form adds a –t to the stem and the Sie form adds –en.

The subjunctive is a verb form that is used in certain circumstances to express some sort of feeling, or to show there is doubt about whether something will happen or something is true. It is used much more frequently in German than in English, for example in indirect speech.

The conditional is a verb form used to talk about things that would happen or that would be true under certain conditions, for instance, ‘I would help you if I could’. It is also used to say what you would like or need, for example, ‘Could you give me the bill?’. The conditional tense in German is made up of two parts: the würde form – the imperfect subjunctive of the verb werden (to become) – and the infinitive of the main verb, which normally goes at the end of the sentence.

Was würden Sie an meiner Stelle tun? [What would you do in my position?]
Das würde ich nie von dir verlangen. [I would never ask that of you.]

So hopefully you’ll now feel much more confident in how and when to use the correct tense. More information can be found in the German Grammar section of this website. 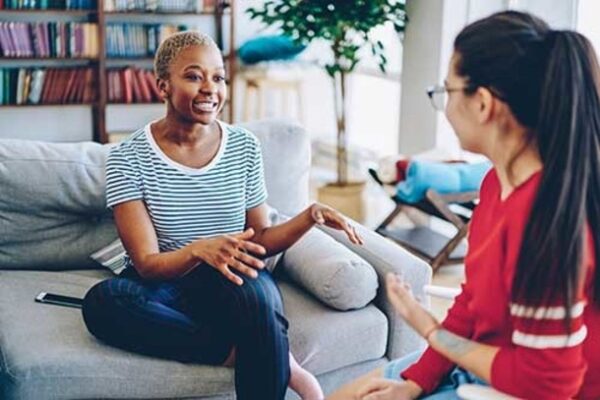 When learning a language, our understanding of what’s being said normally comes before our ability to be able to speak the language and become confident enough to contribute to the conversation. The use of gestures and visual clues often allow us to get the gist of a sentence. That said,… Read More 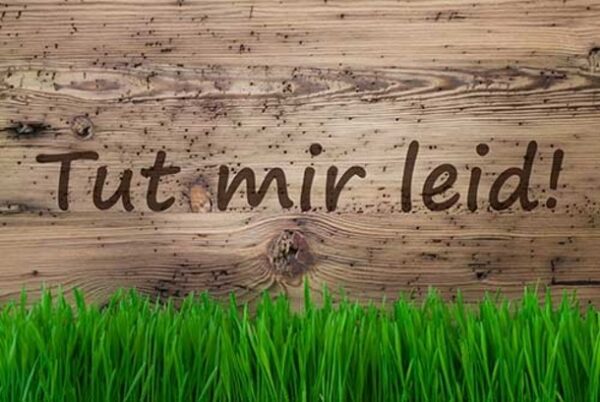 Most of us know when we have to say sorry, but when we’re not speaking our own language, it’s important to know how to do it. In German, different circumstances call for different words and expressions for apologizing. The most common way of saying I’m sorry is Es tut… Read More 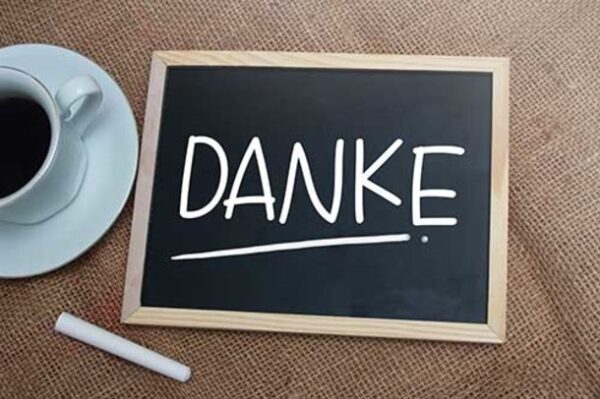 If you’re visiting a German-speaking country, you’ll want to be able to chat to people and get to know them better. The nuts and bolts of conversations revolve around common courtesies, such as asking people how they are, and saying please and thank you. As in English, in German there… Read More