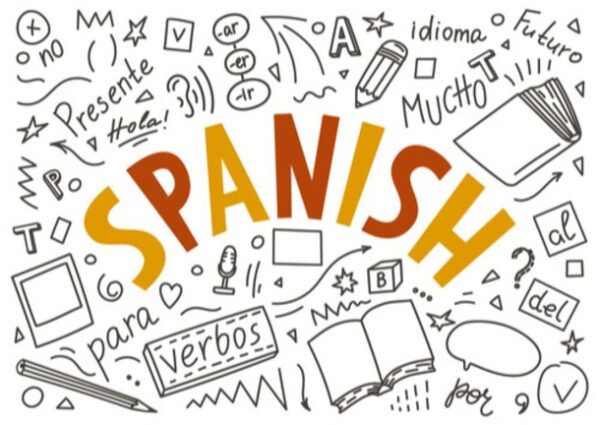 The present tense is used to talk about what is true at the moment and what happens regularly, for example, ‘I’m a student’; ‘He works as a consultant’.

As in English, you can also use the present to talk about something that is going to happen in the near future.

Me mudo a final de mes. [I’m moving in at the end of the month.]

Antes, era profesor. [He used to be a teacher.]
No hacía nada especial. [I wasn’t doing anything special.]

The preterite is used to talk about actions that were completed in the past in Spanish. It often corresponds to the ordinary past tense in English.

No hablé con ella. [I didn’t speak to her.]
¿Cerraste la ventana? [Did you close the window?]

The perfect tense is used to talk about what has or hasn’t happened, for example, ‘I’ve broken my glasses’; ‘We haven’t eaten yet’. It’s made up of two parts: the present tense of haber, and the past participle (like ‘given’, ‘finished’ and ‘done’ in English, or hablado, bebido and vivido in Spanish).

No he comido nada. [I haven’t eaten anything.]

The future tense is used to talk about something that will happen or will be true.

No volverá hasta antes de medianoche. [She won’t be back before
midnight.]

In Spanish, just as in English, you can often use the present tense to refer to something that is going to happen in the future.

Mañana voy a Madrid. [I am going to Madrid tomorrow.]

The conditional is used to talk about things that would happen or that wouldbe true under certain conditions, for instance, ‘I would help you if I could’.

Me gustaría conocerlo. [I’d like to meet him.]
Dije que hablaría con ella. [I said that I would speak to her.]

The present subjunctive is used in certain circumstances to express some sort of feeling, to advise someone to do something or to show there is doubt about whether something will happen or something is true.

It is also used after certain structures in Spanish, for example, hacer falta que and ser posible que.

¡Deja de hacerme reir! [Stop making me laugh!]
Venid a comer a nuestra casa. [Come round to ours for lunch.]

So there you have it. Hopefully you’ll now feel much more confident in how and when to use the correct tense. More information can be found in the Spanish Grammar section of this website.