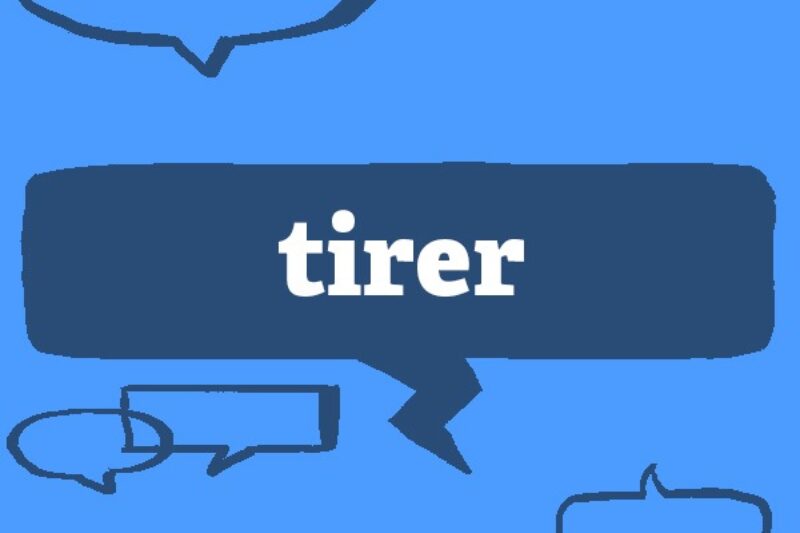 For today’s French word of the week, we’re going to look at the verb tirer.

To conjugate tirer, you follow the conjugation of regular -er verbs in French. If you’d like to hear how to pronounce it, listen to the audio here:

When we see a new French word, many of us automatically think about its similarities to words that we know in English. Sometimes this helps us work out its meaning, but sometimes it can be a false friend (or faux ami).

What do you think of when you see the word tirer? Perhaps something along the lines of getting tired, feeling tired out, to tire something out? Good guess – but in this case, we’re afraid to say that you’d be completely wrong!

Tirer is a verb which means:

Let’s take a look at how you might use tirer in French:

Quand on jouait au paintball il m’a tiré dessus. He shot me when we were paintballing.

tirer sur quelqu’un to shoot at someone; to open fire on someone

Tirer can be used both transitively and intransitively – that is, the verb may be followed by a direct object, or it might not. If you need a refresher on verbs, check out our Easy Learning Grammar pages on French verbs.

There’s also the linked noun tiroir – can you see how it might relate to the word tirer? You can listen to the audio here:

Un tiroir is a drawer in English. Think of how the English word draw is in there, plus think of how we physically open a drawer with a pulling action. Maybe this idea could help you to remember two of the possible translations when you see the verb tirer?

Well, we can now draw things to a close for another week. Come back next time to learn more intriguing facts and uses of a new French word.