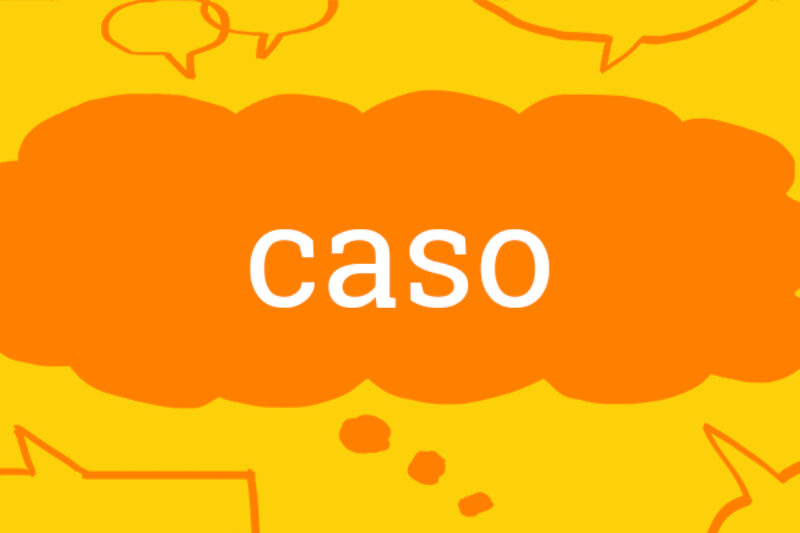 Spanish word of the week: caso

This week’s Spanish word of the week is caso.

Caso is a noun that means case.

To hear how caso is pronounced, you can click the audio icon below:

Caso is a frequent word which comes into a lot of idiomatic phrases. Here we’ll look at some of them.

First of all, its basic meaning, case:

In its basic meaning of case you use caso in some common phrases to talk about what might happen:

En ese caso, no voy a asistir. In that case, I’m not going to go.

En caso de accidente, rómpase el vidrio. In the event of an accident, break the glass.

Notice that when talking about a possible event with en caso de que — in case — you need to put the following verb in the subjunctive:

No me hacen caso. They don’t pay any attention to me.

When used in the affirmative, it can mean to listen to what someone is saying:

Hazle caso, que ella tiene más experiencia que tú. Listen to her, she has more experience than you.

Come back next week to read about our next Spanish word of the week!