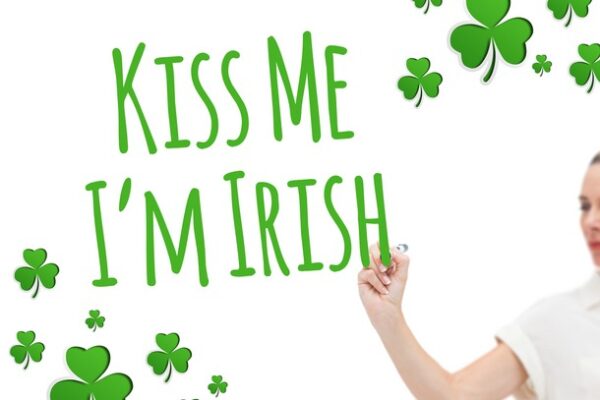 Still reeling after St Patrick’s Day this week? HarperImpulse’s Carmel Harrington tells us about her favourite Irish words, along with some hilarious situations in which you might find them necessary…

Our language in Ireland is wonderful, unique and lyrical. To ears not accustomed to our speech pattern, it can make no sense whatsoever. We’ll throw in the odd Irish word with local slang, alongside references to popular culture.

Some phrases that spring to mind include, ‘my head is melted’, ‘stop the lights’, ‘I’m off on the lash’, or ‘that dress is deadly’. If you are Irish, you’re smiling now; for most others, you’ll be at a loss, reaching for your Collins dictionary for an explanation! Being deadly is good, not bad. Being on the lash is nothing to do with either eyelashes of whips of a stick, but rather all to do with heading out for a few drinks.

Here are a few of my favourite words that you might see pop up in my books the odd time.

I don’t use bad language. My mam didn’t accept swearing in our house when we were kids. However, one exception to the no swearing rule was the utterly glorious word – feck.
It’s a polite and socially acceptable profanity used by most of us in Ireland. Now here’s the thing: when I tell you to ‘feck off!’ you need to listen to the tone of my voice to get the full indication of what I mean. If you’ve upset or annoyed me, I may want you to get lost, get out of my face, leave me be. But more than likely, you’ll have told me something that has either shocked or delighted me and I’m simply expressing this through the wonderful word of feck.
If I’m annoyed I might say, ‘for fecks sake!’ Although with autocorrect that’s likely to read, ‘for decks sake!’ which makes me want to say feck, feck, feck. A lot.

A word that compliments feck beautifully: eejit. Most of you would use the word idiot but eejit is less harsh. It’s said with affection, almost, for the person in question. ‘You’re a right fecking eejit’ kind of thing.

This is one of my favourite Irish words – pronounced Fla-hool-ock in case you are stumped. Its direct translation is ‘generous’. I love the way the word sounds when I roll it off my tongue. It’s lyrical, it’s mystical and I use it often.

Today, I was chatting with Daddy, about a chipper we were in the other day. ‘They were fierce flaithiúlach with their chips’, I told him. And he replied, ‘sure you could have fed a family of four with one portion’. We’ll be back there in a hurry.

Carmel Harrington’s latest book The Life You Left
is out now in paperback. You can order it here.