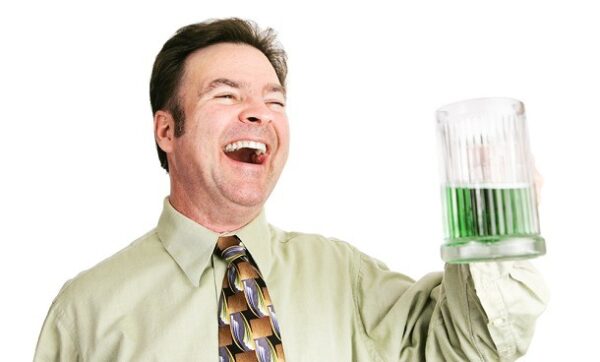 St Patrick’s Day is here again, and you know what that means. Throughout the United States, people will be dressing in green, pinching those who don’t dress in green (bizarre but true), wearing green plastic derby hats, drinking green beer, and putting on very bad Irish accents. Of course St Patrick’s Day, feast day of Ireland’s patron saint, is a day of celebration in the Republic of Ireland, Northern Ireland, and in the UK – especially in places like Liverpool and Glasgow, home to substantial populations with Irish ancestry. Parades, traditional Irish music, and shamrocks will mark the occasion. But actually we all pay tribute to Ireland every day, just by speaking English.

English has a chequered history in Ireland. The country’s indigenous language is Gaelic; English is the language of the invader. But the Irish contribution to English, largely through Gaelic loan words, demonstrates that the door swings both ways.

Probably the most familiar Irish words in English are Gaelic pertaining to Celtic folklore. Most of us have heard of the leprechaun, from Gaelic for “small body”, and the banshee, from the Gaelic bean sí meaning “female spirit”. In this formation the word bean means “woman”, and when prefaced to a noun it denotes the female version of it. The plural of sí is sídhe (pronounced “shee”) and refers to the “fairy folk”, so the bean sídhe or “woman fairy folk” are “female spirits”. Bean is cognate with Scottish Gaelic ban, used in the same way. So the Gaelic name of Queen Street in Glasgow is sràid na banrighin (where rìgh means “king”). Originally bean/ban meant “beautiful”, which is a compliment I’m sure, though the banshee isn’t known for her looks.

But apart from this, there are many common English words people may not realize came from Irish Gaelic. It’s no secret that Tory comes from Gaelic toraidhe (“outlaw”), but how many people know that trousers comes from Gaelic triubhas? (Strange, then, that in the United States, with its large number of people with Irish ancestry, they always say pants, from French.)

Or when you blow something to smithereens, you’re drawing from Gaelic smidirin. This one is interesting, because the middle consonant is d instead of the th sound. Many varieties of Irish English do not have this sound even now, and instead substitute t or d (the original sound, even in earlier forms of English).

The Irish are known for having the gift of gab, meaning they can work their gobs, but both these words come from Gaelic gob, meaning “beak”, and gob is a common word throughout the UK.

Some words reflect negative stereotypes of Irish immigrants, such as hooligan (from the Irish surname Houlihan). On the other hand, Ireland’s own disparaging term for the English, Sassenach (from Gaelic for “Saxon”), has also entered into the wider English language.

This is just a sample; English actually contains Irish words galore (from Gaelic go leor, “to sufficiency”). So every English-speaker really is a little bit Irish, not just on St Patrick’s Day, but every day.