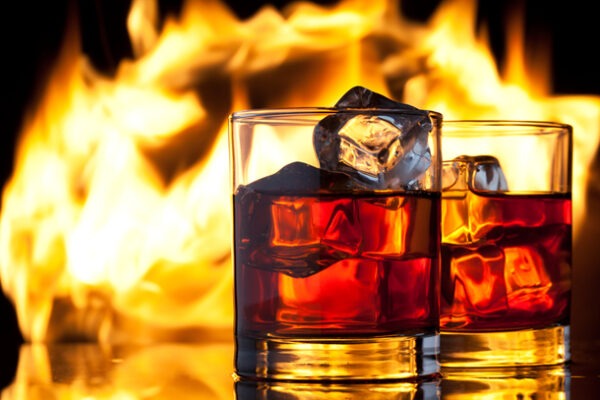 Coorie doon: words to cosy up to

It’s that time again: the clocks have just made the (welcome) move back to GMT, the coats and jumpers have been dug out, and the year’s winter wellness trend has made its appearance…

Following on from the widely disseminated Danish concept of hygge, and the interest around last year’s còsagach campaign by Visit Scotland, the Scots word “coorie” has become the latest term to have caught the ear and the imagination where lifestyle trends are concerned. While the former concepts are built around notions of conviviality, warmth and comfort, exponents of coorie claim that the pursuit of outdoors activities, such as hillwalking and wild water swimming, is as important a feature of this way of life as its more indoorsy attractions.
Here’s a quick look at the word behind the latest trend, plus another couple of terms to bring a little warmth to the approaching winter.

Collins lists the word “courie” (also spelt “coorie”) as a verb meaning “to nestle or snuggle”, said to be derived from an older Scots term, “coor” (“to cower or crouch”). While this root term doesn’t quite connote ideas of cosy comfort, the terms “coorie in” or “coorie doon” are much more evocative of a warm hug from a loved one or wrapping a blanket around you a wee bit tighter as you get into bed (indeed, Coorie Doon is the title of a well-known lullaby written by Scots songwriter Matt McGinn). The term “coorie up” is also in common usage and can mean something like “bunch up” or “come closer”. So while you’d never coorie up a Munro, doon a glen or into a semi-frozen loch as such, you can coorie round a roaring fire afterwards…it’s probably the only thing you’d want to do if you’d just braved a swim outside in Scotland in October, to be honest.

If a roaring fire isn’t on hand after your midwinter dip, you could always warm up with a spot of ceilidh dancing.
Given in Collins as “entertainment … at which there is folk music, singing, and dancing”, “ceilidh” has entered English straight from Scottish Gaelic. The Gaelic term could be used either as a noun or a verb, and refers to making an informal social visit of any sort. Singing and storytelling often played a major part in just about any kind of social gathering in Highland culture, shaping the modern-day understanding of the word as a musical event. For those from a Gaelic-speaking background however, a ceilidh needn’t refer to a big party; rather, it can simply be an opportunity to enjoy one another’s company and creativity – a chance to coorie in around one’s culture, if you like. It’s a word that evokes friendship and community for Gaels all over the world.

A Welsh word that was voted Wales’s favourite word a few years back, the word “cwtch” (or “cootch”, as it’s given on collinsdictionary.com) has the meaning of a hiding place or cubbyhole, but also means “a cuddle”, and as a verb, “to cuddle or be cuddled”. The two senses could possibly be influenced by two different sources: the Welsh word “cwt”, meaning “hut”, could be behind the storehouse sense associated with “cwtch”; it’s also thought to be derived in part from the French word “couche”, or “couch”, which may explain the sense of coming alongside someone, or embracing them.
Although it’s often translated as “cuddle” or “hug”, many Welsh speakers would argue that neither term quite covers the depth of feeling “cwtch” communicates: it is a word closely associated with family, security, support and warmth. In short, cwtches equal total emotional cosiness. What’s not to love about that?