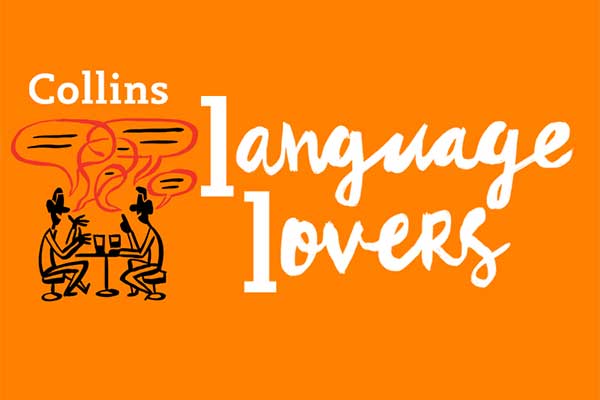 9 words to sweep you into the world of Bridgerton

2021 is set to be the renaissance of Regency romance, as Netflix viewers indulge themselves in the delicious escapism of Bridgerton, a period romance with a modern twist. The salacious gossip of the anonymous Lady Whistledown, who has stepped gracefully into the role of a Georgian Gossip Girl, has kept us all entertained these past few weeks.

Whilst the orchestral renditions played so tastefully in ballroom scenes may feel surprisingly modern, the language most certainly is not. Based on the romance novels by Julia Quinn, Bridgerton is awash with old-fashioned wordplay that would make any member of the aristocracy quake in their boots. Whether you consider yourself an incorrigible rake or a diamond of the first water, prepare to immerse yourself into the very highest ranks of the ton with Collins’ guide to the language of Bridgerton.

Example: “If she weren’t a member of the ton, there is no way she’d be privy to the sort of news she reports.”

We would be remiss, dear reader, if we did not begin with the most important expression of all – the ton. Whilst the frequent references to this phenomenon may sound like a strange way of pronouncing ‘town’, the ton actually refers to English high society during the Regency era, and encompasses every aristocrat from the royals to the gentry. It derives from the French ‘le bon ton’, which means good manners, a virtue valued most highly in the upper echelons of society.

Example: “I believe this is her first season coming out.”

The idea of ‘coming out’ in the 19th century was a little different to the modern understanding of the term. For young women, coming out marked their official entry into high society. Also known as debuting, proud parents would grandly display their daughters at various parties and balls, seeking to introduce them to the most eligible bachelors. A bit like Tinder for the rich, it was a very serious endeavour if the efforts of Violet Bridgerton and Lady Featherington are anything to go by.

Example: “The season’s opening ball at Danbury House is a most highly sought-after invitation.”

Tis the season, but not the kind you’re familiar with. In the Georgian era, the social season was the time of year in London society devoted to events, such as parties, ballroom dances and military parades, where young men and women could mingle under the watchful eyes of their chaperones in search of love. Whilst historians debate the exact dates of the season, it is generally agreed that it would run from early January until the summer: enough time to nail down your romantic prospects before Christmas.

Example: “After Eton, Simon followed the natural progression to Oxford, where he earned the reputations of both scholar and rake.”

The trials and tribulations of love are fraught with danger, and in the ton, young women must remain on high alert for rakes. A term dating back to the 17th century, ‘rake’ is used to describe an immoral, hedonistic young man circulating in high society. Drinking to excess, gambling, and finding yourself in a comprising situation with a member of the opposite sex are all activities that will lead to you being declared a rake.

Diamond of the first water

Example: “She calls you a ‘diamond of the first water’.”

This would have been a most desirable commendation for any young woman of the Georgian era. Perhaps best summarised by Queen Charlotte herself, to be ‘a diamond of the first water’ means to be utterly flawless. A debutante remarked upon in such a manner – as Daphne Bridgerton was at her coming out – is typically charming and beautiful, an incomparable catch that all the bachelors will fawn over this season. But beware, failing to live up to this sparkling compliment could result in a very public fall from grace.

Example: “Or prevent you from running up vast accounts at your beloved modiste.”

If one were to receive an invitation to an upcoming ball, you may wish to engage the services of a modiste. Originating from the French ‘mode’, meaning ‘fashion’, a modiste is a very fashionable dressmaker or hatmaker, able to advise you on the upcoming trends and the very finest fabrics to make sure you show up at your next party looking like the belle of the ball. Much better than the stretchy pants and rotating wardrobe of smart casual jumpers you’ve been wearing for the last 12 months (we know, we’re guilty of it too).

Example: “The women swooned at his feet.”

If you’re acquainted with the works of Georgette Heyer and Jane Austen, you’ll be familiar with the term ‘swooning’. If you were to swoon, you’re likely to be so strongly affected by your feelings of love for another that you feel compelled to faint (gracefully, if possible) at their feet. Very charming, very romantic. Just make sure you have something soft to land on if you’d rather avoid unsightly bruises.

Example: “They promenaded this morning, and he sent flowers today to both of us.”

You may be familiar with the meaning of promenade as a noun, where it typically refers to a seaside walkway. In Bridgerton, you’re more likely to come across the verb ‘to promenade’. This would refer to taking a walk with the aim of displaying oneself publicly, ideally in your Sunday best with a handsome suitor on your arm: the Regency equivalent of making your relationship Facebook official and watching the likes roll in. Therefore, when Daphne and the Duke of Hastings make a very public show of promenading together, they were sure to set tongues wagging in anticipation of the latest issue of Lady Whistledown’s pamphlet.

High in the instep

Example: “One who was rather too high in the instep for our often boisterous clan.”

If a member of the ton were to accuse you of being ‘high in the instep’, woe betide you at the next gala. A rather cutting turn of phrase, this expression suggests you are overly proud or arrogant. It has its roots in the 16th century and is thought to come from the belief that members of the nobility naturally had a higher foot arches than the working classes, because of finer shoes and less time on their feet. Thus, if you’re accusing someone of this fault, you’re implying that they think too highly of themselves.