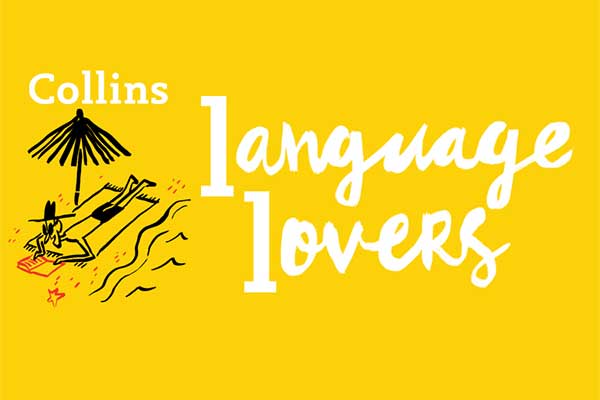 We love it when new words become a hot topic of conversation and the last few weeks, ‘cheugy’ has been sweeping social media. In case you missed it, ‘cheugy’ surfaced on TikTok and has been defined as ‘the opposite of trendy’. If you’re a cheug, your sense of style is probably out of date, following high fashion that has long since passed its prime.

As the home of living language, we felt it was our duty to take a deep dive into the language of Gen Z, because nobody likes getting called out on TikTok and being so far behind the trend, you don’t know whether you’re being insulted or hyped up. Here are 11 words you need to know next time you step foot into the Gen Z side of the internet.

‘Pumpkin spice lattes are so basic’

Alright, let’s kick off with the basic(s). There are lots of definitions for ‘basic’, but it was first used as a slang term in 2009 by stand-up comedian Lil’ Duval. Over the last ten years, it’s filtered through to popular culture, defined as ‘only interested in following mainstream trends’. If you’re obsessed with #PSL and Insta filters, we’re sorry to say you might be basic.

Often accompanied by the clown emoji (🤡). If you see this one in the wild, clowning is defined as being made a fool of or being self-deprecating. You don’t even need to say the word in the sentence, the use of the emoji is more than enough.

The days of #OOTD are far behind us, now it’s all about the fit. Sorry millennials, this is not the ‘fit’ you once knew, such as The Streets’ unforgettable Fit But You Know It. The modern ‘fit’ is used to compliment someone’s outfit. If you wanted to really be down with the kids, you could combine a few Gen Z words together, i.e., ‘that fit is iconic’.

Honestly, after the year we’ve all been through, we’re probably all aspiring to a 2021 glow-up. According to our very own Collins Dictionary, if you were to say someone glows up, you mean that they’re more mature, confident, or attractive. Possibly all of the above. Most common glow-ups include getting an amazing new hairdo, nailing that contour, or generally just growing and becoming a happier, more confident person. You’re glowing, babe.

Not a compliment to be used for any old achievement, ‘iconic’ is reserved for only the most highly original and influential people, performers or works of art. This is one of a few Gen Z words that has much older etymological roots, with the original adjective dating back to the 17th century and derived from the Greek eikon.

We can’t think about ‘lit’ without thinking of that earworm track No Lie that Dua Lipa and Sean Paul collaborated on and to be honest, that song is an entire vibe. If something is lit, it’s amazing and usually high-energy. If someone describes you as lit, you’re likely to be drunk. ‘Lit’ is most generally associated with poppin’ parties and other such events that have been in short supply for the last 12 months.

‘That cat pic is an entire mood’

Ever seen a totally relatable tweet that hit you right in the feels? Instead of saying ‘I understand’ or ‘same here’, now you can show you feel the same way with one simple word: ‘mood’. If you really relate, you can upgrade to a big mood.

Less about the flavour, more about the tone. If someone is being salty, that generally means they’re feeling bitter or resentful, and it’s usually over a minor inconvenience. Depending on the context, it can also imply someone’s jealous.

Also spelled ‘snacc’, ‘snack’ is the new ‘fit’ for the Gen Z generation, it means you’re looking damn fine today. It’s also possible to look like a whole meal, which is the highest of compliments. This tends to be reserved for friends you want to hype up or people you have a romantic interest in – definitely avoid calling your mum or other relatives a snack.

Millennials rejoice! If you’ve ever listened to Eminem’s classic hit Stan, you’ll already be aware of this one. A stan is someone who is obsessed with a celebrity, but in a good way. It can also be used as a verb, as in the example given above. Some say it derives directly from the Eminem song, others might suggest ‘stan’ is a portmanteau of ‘stalker’ and ‘fan’. Either way, you’re not just a fan, you’re a stan.

‘They don’t pass the vibe check at all’

Last but not least, we have the classic vibe check. If you’re checking the vibe of a situation or a person, you want to assess what’s going on. Is there an attitude? A problem? Is it totally chill? You either pass or fail, there is no middle ground. If you pass, congrats, you’re cool. If you fail, beware, things could be about to get salty.