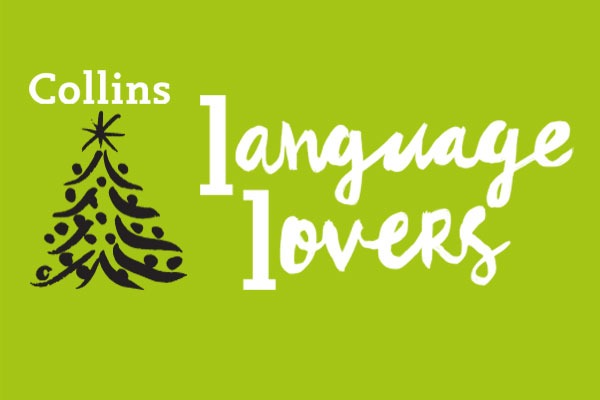 Christmas or Yule: the lexicon of the holiday season

Ah, carols! Doesn’t everyone love them? They really lift our spirits: belting them out in company certainly gets me in the Christmas mood. I expect many of us will have a favourite. What’s yours?

Hearing carols piped in shops or singing them ourselves is all part of the lead-up to Christmas Day. But to twist a well-known saying, ‘A Christmas isn’t just for Christmas Day’. At the very least it’s a triad of Christmas Eve, Christmas Day itself and Boxing Day.

And for many it starts well before 25 December with Advent – and with an Advent calendar.

Traditionally, these are winter or religious scenes printed on card and containing twenty-four little numbered flaps or doors behind each of which is a picture. One door is to be opened every day from the first of December to Christmas Eve to reveal the scene behind. Children love them – as, I suspect, do many adults. Our current one features a Scandi-looking stable building with nine stalls, one for each reindeer. How many of their names can you reel off? **

No doubt some Advent calendars feature angels. So familiar is the word to us – it’s been in the language since Old English – it’s easy to forget that it’s actually a borrowed word, borrowed via Late Latin angelus from the Classical Greek ἄγγελος (angelos), which means simply ‘messenger’, for they are heavenly messengers.

Advent means ‘arrival’ – the arrival of Jesus – and comes from the Latin adventus. Written advent without a capital letter, it is a rather formal or literary word for the arrival of someone or something. The tradition of Advent calendars began in Lutheran countries in the nineteenth century and is still going strong there and elsewhere. In Scandinavian countries, there are even Advent calendar TV shows with an episode screened every night from 1 to 24 December. There, an Advent calendar is en julekalender (Danish) and variants.

Have yourself a merry little Christmas…

That first part of the Danish word jule is kin to the Yule of English, an old-fashioned word for Christmas, still retained for instance in Yule log. The chocolaty sponge roll that might lie in wait to tempt you after your Christmas lunch takes its name from the real monster log that would burn for hours in the Christmas hearth. The word Yule also lingers on in the self-consciously archaic ‘make the Yuletide gay’, a line from the song ‘Have yourself a merry little Christmas.’

And if you’ve ever wondered what the movement of the sea has to do with Yule, the –tide suffix has nothing to do with water and is a legacy of an Old English word tīd, meaning simply ‘time’ or a given point in time, such as eventide, noontide and so forth. As for Christmas, we don’t pronounce the letter t, which helps hide its origins – Crīstes-mæsse, literally, ‘Christ’s mass’.

Shakespeare refers to Christmas three times and to Yule not at all. And he wrote the comedy Twelfth Night, whose title refers to the twelve days of Christmas, as does the carol of the same name. Traditionally, Christmas festivities last for twelve days and nights, taking 26 December as their starting point, which means that Twelfth Night falls on 6 January.

Traditionally that was a day of revelry and merrymaking marking the end of Christmastide. Even today, many people, whether religious or not, believe it unlucky to leave Christmas decorations up beyond that date.

Part of Christmas merrymaking in modern times involves kissing under the mistletoe. How and why the tradition started, nobody knows, but it’s been going since Victorian times – those Victorians who kick-started the mass commercialisation of the festival. The –toe part, incidentally, has nothing to do with feet, though confusing it with toes started as long ago as Old English. In fact, it’s a distorted version of the OE word tān, ‘twig’. Humans don’t eat mistletoe, but there is a common songbird that so loves its berries that it is named after the plant: the mistle thrush, the second part of whose zoological name, Turdus viscivorus, means ‘mistletoe-eating’.

In Christian terms, 6 January is the Feast of the Epiphany and commemorates the presentation of the infant Jesus to the three Magi, the Three Wise Men or Kings of tradition, (pronounced ‘may’ plus ‘ji’, as in ‘jive’, and ultimately an Old Persian word). One theory has it that twelve days is the time it took the Three Wise Men to travel to Bethlehem. Whatever the truth of the matter, in Spain and Italy 6 January is when children receive their presents, having left their shoes out the night before for gifts to be deposited in.

For Christmas comes but once a year…

At Christmas play and make good cheer,
For Christmas comes but once a year. ***

The poem that immortalises it is Victorian. There is also ‘Anon’s’ version: ‘Christmas comes, but once a year is enough.’

Before I rush out for my last-minute shopping, there’s still time to mention a couple of other words. The baby Jesus was laid in a receptacle that we would prosaically call a ‘trough’ but the Bible poetically calls a manger, a word we’re unlikely to come across in everyday life except in the frozen idiom a dog in the manger. Surely, I thought, there must be a connection with French manger, ‘to eat’. And sure enough, manger derives from a Norman-French word maingeure, for ‘food trough’, in turn derived from a variant of manger.

As for those reindeer, the rein– part has nothing to do with the harness Father Christmas might strap round them; it is merely the way their Old Norse name hreindӯri has been anglicised down the ages.

With that, I’ll bid ye farewell and wish ye a very Merry Christmas!

and, of course, Rudolph.