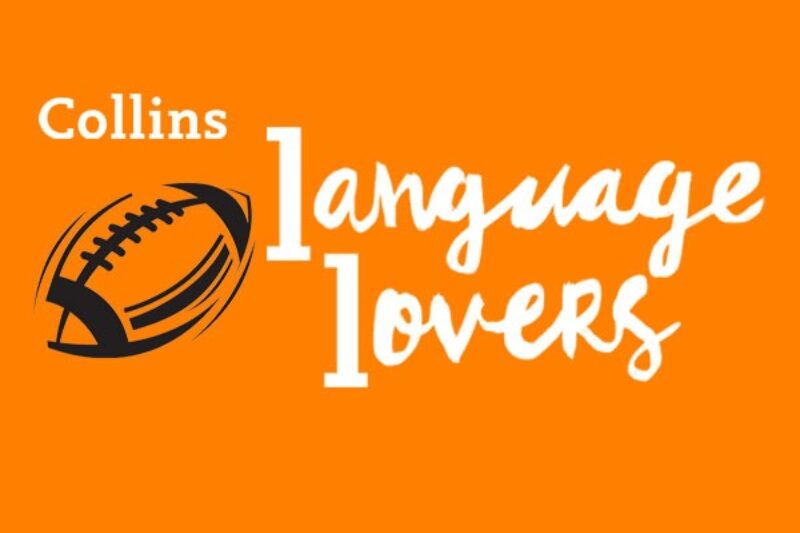 The British have invented so many sports (how many can you think of? I make it fifteen1) and exported them to the four corners of the globe. Sometimes, sadly for some, cosmic irony dictates that the adopter is superior to the exporter, as in the recent case of the Ashes.

This weekend we have the second round of the most viscerally exciting – IMHO anyway – sporting competition of all to look forward to: the rugby Six Nations Championship. I wonder which team, dear reader, you will be rooting for. (Talking of which, that use of rooting is curious. But more of that later. 2) Congratulations go to Scotland for lifting the Calcutta Cup, the first back-to-back win by the team since 1983–84.

This is the oldest trophy in rugby, competed for since 1879. Why ‘Calcutta’ (which is the former name of Kolkata)? Because the cup was donated in 1878 to the English Rugby Football Union (RFU) by rugby players – mainly soldiers stationed in India – who were members of the Calcutta sporting club. What you might see being presented is a modern replica, but the Indian heritage of the original is evident in the elephant that sits atop it. In fact, the silver of the original was made from melted down rupees.

With its attendant flares and razzmatazz at the stadium, its Herculean players and its corporate sponsorship, rugby has come a long way from its disorganized and, frankly, violent beginnings in the nineteenth century. It is generally accepted that a form of proto–rugger was played at Rugby public school. Teams could number 50, the ball was not passed, and players ‘hacked’ to get the ball free of the unruly, free-for-all scrums. Bones were regularly broken. It was very much Orwell’s view of sportas ‘war minus the shooting’.

Later on in Victorian times, rugby was to an extent tamed and civilised by the creation in 1871 of the RFU, which laid down rules. In the same period, Britons’ proverbial love of sports sanctified the notions of sportsmanship and fair play, which, on a good day, still govern our social relations. Earlier, sportsmanship simply denoted athletic skill, but it then came to mean ‘behaviour befitting a sportsman’ – and in the nineteenth century, that meant specifically ‘man’. In contrast, HRH The Princess Royal has been the patron of the Scottish Rugby Union for many years, and, just last week, HRH the Duchess of Cambridge became patron of the RFU and the Rugby Football League.

Like sportsmanship and fair play, sport had a long history before being narrowed down to, as Collins defines it, ‘an individual or group activity pursued for exercise or pleasure’. Originally, it referred to anything done for amusement or pleasure, or as a playful or good-humoured joke, hence, to say something in sport. And it is a truncated version of the older word disport, which still lives on as a verb in the rather archaic-sounding to disport oneself.

Apart from exporting physical sport and sports, Britain has also exported the notion of fair play together with the word. In German it is the neuter das Fair Play, with capitals because German Nouns begin with Capital Letters. In French, le fair-play has a hyphen and can also be an adjective: il n’est pas très fair-play, ‘he doesn’t play fair’, ‘he makes up the rules as he goes along’.

Reverting to rugby, some of the roughness has gone, but it is still an intensely physical game –though it also demands great team camaraderie. There’s something elemental, not to say brutal, about certain key rugby words. Two important ones have one, brusque syllable: scrum and ruck, with their short, sharp, u produced at the back of the mouth; maul, likewise from the back of the mouth, has a longer vowel, at least in RP. The original meaning of maul is ‘hammer’, which seems apt. Referring to the forwards as the pack, as sometimes happens, invokes an animalistic metaphor. The sight of the New Zealand team doing the ceremonial haka war dance before a game is a terrifying spectacle. As for scrum, it too has martial connections; it’s related to skirmish.

A word that at first blush looks as novel as haka is alickadoo, a non-player who helps run a rugby club in some capacity, especially on match days. Nobody quite knows where this originally Irish-English word is from. The explanation that it’s a version of ‘It’s all I can do’ reads like a classic example of folk etymology (in sense 2 of the definitions offered here). On a more autochthonous note, jestingly calling someone a rugger bugger seems to be on the wane.

Whichever match you watch, I hope your team wins … provided it doesn’t beat my team!

1. The following sports were – according to most accounts – invented in Britain or by Britons. First, the more obvious ones: football, rugby, cricket, golf, hockey, lawn tennis and squash. Next, table tennis, curling, badminton and rounders. Surprisingly, perhaps, basketball, volleyball and bobsleigh. Then there’s shinty. That makes fifteen. Then there’s snooker, bungee jumping and darts. But are they ‘sports’ in the generally accepted meaning of the word? I’ll let you decide.

2. To root for your team could conceivably be derived from the Scottish verb to rout, ‘to make a loud noise’, from the Old Norse rauta. Alternatively, it could come from the verb to root, which is the action, for example, of a pig rooting around to dig something up, such as a truffle. Supposedly, rooting for your team could be visualized as you digging a hole by your enthusiastic stamping. Yes, well … In short, nobody really knows.