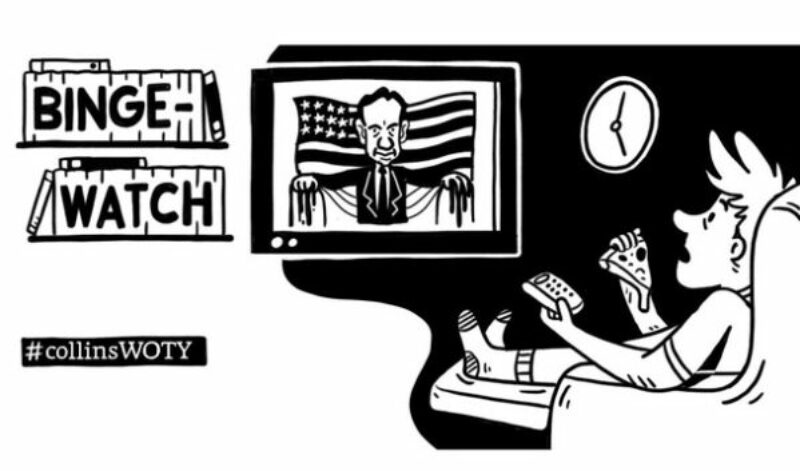 To celebrate Collins Word of the Year 2015, we explore the etymology of ‘binge-watch’.

There was a time when the fans of a television programme would experience a sense of gloom when the closing credits rolled, knowing that they had to wait for a full week until the next episode of the show would be aired. The arrival of the DVD box set and of online streaming services has changed all that, so that fans can now ‘binge-watch’ all the episodes from one series – or as many as they like – in one marathon session.

The term used to describe this activity is based on other types of excessive behaviour such as ‘binge-eating’ or ‘binge-drinking’. All of these are based on ‘binge’, which was originally a Lincolnshire dialect word meaning ‘to soak’. It came into general use in the 19th century, following the idea that people who drank to excess were allowing their brains to be soaked in alcohol. The same idea is behind the use of ‘old soak’ to refer to a habitual drinker, and also the description of a person who has overindulged in alcohol as being ‘pickled’.