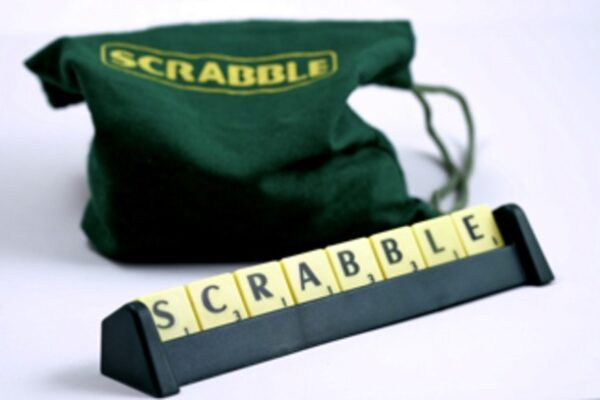 With the holiday season approaching, it might be a good time to get some board-games out of the cupboard so that the family can while away a winter’s evening in friendly (or not-so-friendly) competition.

One of the world’s most popular board-games is Scrabble™. However, Scrabble™ has not always been called Scrabble. When Alfred Butts first invented the game in the 1930s he called it ‘Lexiko’. It was subsequently known as ‘It’ and ‘Criss Cross Words’ before it eventually became known as ‘Scrabble’, a word that came into English from the Dutch ‘shrabbelen’, which means ‘to keep on scraping’. This final choice of name was an apt one, as it hints at the brain-teasing character of the game: players scrabble frantically through their vocabulary to come up with words to play.

Of course, Scrabble™ is not the only board-game that might keep the family occupied this Christmas. The names of other popular board-games have varied origins. Monopoly comes from the Greek words for single and seller, referring to the fact that players try to wipe out their rivals and own all of the property on the board. Ludo takes its name directly from a Latin word meaning simply ‘I play’. Backgammon comes from two Old English words and means ‘back game’, perhaps because counters can be removed from the table and forced to re-enter the game. ‘Mah-jong’ is not strictly a board-game, but its origin is still worth noting. In Chinese it literally means ‘sparrows’, and the name probably refers to the noise made by the tiles used in the game as they click against the table-top.