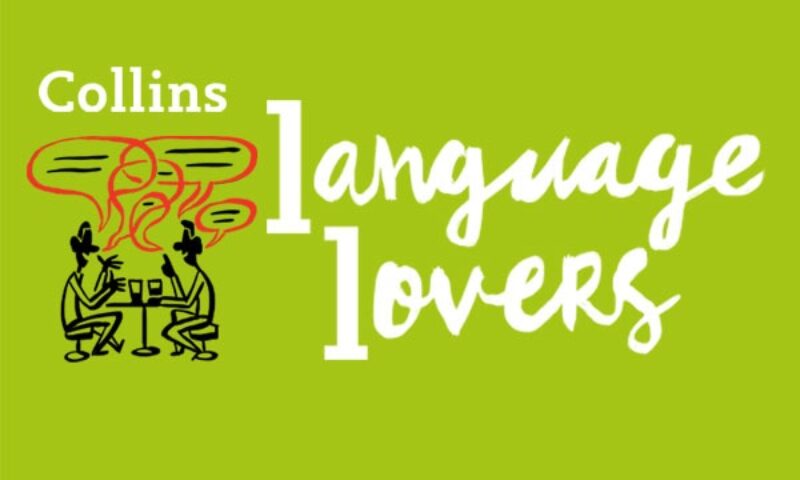 Monday 26 September marks The European Day of Languages. It was launched in 2001 by the Council of Europe at the end of the Year of Languages, which was jointly organized with the European Union (EU). The day aims to encourage language learning, multilingualism and cultural diversity.

The EU nominates several languages as ‘official’, which means people have the right to use them in dealings with and within the EU’s institutions, and those institutions must reply in kind. MEPs in the European Parliament can use any official language.

How many EU official languages?

There are 27 EU member states, so there must be 27 ‘official languages’, right?

Because German is spoken in Austria as well as Germany, Greek serves Greece and Cyprus, and Luxembourgers use French or German.

But more than that, English is a lingua franca for everyone. Small armies of translators and interpreters ensure smooth communication in the EU’s institutions. But let’s suppose a Dane and a Slovenian meet in the corridor to discuss a common matter; the language they’re most likely to have in common is not Slovenian or Danish but … English.

And while we’re on the topic, it’s useful to point out that, inside and outside the EU, translators and interpreters are not the same thing. Translators work with the written word, expressing in their own language (decoding) ideas originally expressed (encoded) in another.

Contrariwise, interpreters deal with the spoken word. Simultaneous interpreters work in real time, while the speaker is still speaking. This is delicate work, requiring not only highly advanced language skills but also a nimble mind.

The verb to translate comes ultimately from the Latin translātus, literally ‘carried across’, because meanings are carried across from one language to another. Not coincidentally, the word metaphor embodies the same idea; it comes from the Greek for ‘to transfer, to carry across’, given that in metaphor a meaning is ‘carried across’ from one object to another. And the Danish Dictionary (Den Danske Ordbog) uses a similar image to denote a word being used figuratively, overført, that is, ‘transferred’.

And talking of translation, there’s a snappy, rhyming Italian proverb traduttore traditore, ‘translator traitor’, which implies it’s impossible to translate a text’s meaning in full without somehow betraying the original.

Whether the proverb be true or not, when editing English written by Italians, I often find several examples of false friends, falsi amici, that is, words existing in both languages and looking very similar or even identical in shape but meaning different things in each language. An Italian-English example is libreria, which one might be tempted to translate ‘library’ when it is in fact ‘bookshop’. A Spanish-English false friend that might cause consternation is estar constipado, which means ‘to have a cold’.

Earlier, I called English a lingua franca. It nicely illustrates the mongrel absorptive nature of English that we use this, an Italian term, for a ‘universal or international language’. The lingua is Italian (and Latin) for ‘language’ and franca means ‘Frankish’. The reason is that before the word meant ‘universal language’, it denoted a composite language or pidgin widely used for trade in the Mediterranean and including French – hence ‘Frankish’ – Italian and Spanish, as well as Arabic and Greek.

Lingua in Latin and Italian means not only ‘language’ but also ‘tongue’. Some Romance languages have inherited this linkage, so that French has langue and Romanian limbă to mean both. Classical Greek also used one word for both, glōssa (γλῶσσα) or glōtta (γλῶττα).

Our word language also derives ultimately from the Latin lingua. It came into English in the 1300s as a borrowing of French langage, the u being often inserted to replicate the u in the Latin word.

And in English we employ lingua in words such as multingual1 and bilingual and glossa/glōtta in two of this week’s words of the day, isogloss and polyglot. In fact, whereas isogloss was welded together in English using Greek elements, polyglot is a direct borrowing of Classical Greek πολύγλωττος. Its general meaning is ‘speaking many languages’, but there is also a special meaning: a polyglot bible has the same text in different languages, such as Greek, Latin, Hebrew and Aramaic, the language Jesus probably used in everyday conversation, which has given us ‘not a jot or tittle’.

In terms of European languages, theoretically Europe’s most polyglot country is Switzerland, which has four official languages: French, German, and Italian, and Romans(c)h, a group of dialects descended from Vulgar Latin, just as the Romance languages are. There are certainly lots of words one can recognize from other Romance languages in what the older gentleman in this video says.

Using one word for ‘tongue’ and ‘language’ makes good sense if one thinks about it for more than a second. It’s an example of a fundamental linguistic process called metonymy in which we use one thing to stand for another. An everyday example is ‘the crown’ for the monarchy, that is, using an object associated with the institution for the institution itself. A similar metonym is ‘the stage’ for the theatre and showbusiness. And as parallels to ‘tongue/language’, we have ‘I’m all ears’ (the sense organ for the faculty of hearing) and ‘She’s all heart’ (the bodily organ as the traditional source of emotions).

In English we nowadays talk about language, but it wasn’t always so. In Old English, tunge straddled both meanings. And even today in ‘Has the cat got your tongue?’, we use tongue for the faculty of speech, just as the Bible uses tongue for ‘language’ in to speak in tongues.

Of course, the 24 EU official languages far from cover all Europe’s living languages. Ethnologue, a not-for-profit organization which monitors the status of over 7,100 living languages worldwide and reports annually on their health, states there are 291, of which 76 are in trouble and 52 are dying.

Needless to say, languages are not coterminous with national borders: one language may spread across borders and several languages may co-exist within one country, as in the UK. Thus, for instance, Hungarian is spoken in Ukraine, as is Gagauzi. As it happens, neither is Indo-European, though most of the languages of Europe are, as is the Ukrainian language.

And though Ukrainian is an East Slavic language, like Russian, is it significantly different in vocabulary and writing. Thus the motto Слава Україні! (Sláva Ukrayíni!) [ˈsɫaʋɐ ʊkrɐˈjinʲi] ‘Glory to Ukraine’ uses the same word slava, but the letter ї in writing, which does not exist in Russian. Though both alphabets have 33 letters, four are different.

One need look no further than the UK to see how languages can expire as community languages, as Cornish has, historically speaking. The person traditionally thought to be the last fluent mother-tongue speaker, Dolly Pentreath, died in 1777. However, Cornish, or Kernewek as it is in the Cornish tongue, was successfully revived in the twentieth century and it is now possible to obtain language qualifications in it, although it is still classified by UNESCO as critically endangered.

Cornish belongs to the Brythonic branch of the Celtic languages, which consists of Cornish, Breton and Welsh. It is a multiple historico-etymological irony that the word Briton is a) a loanword of the French breton; b) in English, originally referred to speakers of the Celtic languages of Britain; and c) comes from the Latin Britto, itself of Celtic origin.

1 Some people pronounce the u in the –lingual suffix. This is incorrect. The pronunciation is ling-gwal [mʌltɪˈlɪŋgwəl] not ling-oo-al [ˈlɪŋgʊəl].