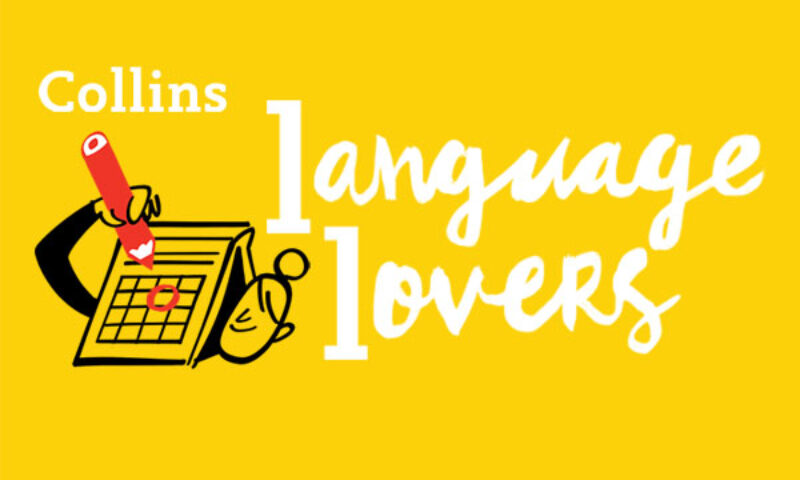 If you’re wondering why such a day exists, its raison d’être is to celebrate the signing in 1959 of the Antarctic Treaty by the twelve countries then actively exploring the continent. The treaty recognised that this, the World’s fifth largest and southernmost continent, should ‘continue for ever to be used exclusively for peaceful purposes’. It also froze competing territorial claims so that Antarctica should ‘not become the scene or object of international discord’, as it could all too easily have become. The treaty has been described as ‘an unprecedented landmark in international diplomacy’.

English borrowed Antarctic from French antartique and Latin antarcticus, and Latin in turn borrowed it from the Ancient Greek ἀνταρκτικός (antarktikόs), meaning ‘opposite to the north’. French lost the k sound before the second t, and even today the word is often pronounced without it. (Collins American dictionary shows the pronunciation without it as an alternative.)

The ant– part is a truncated version of the Greek anti– prefix, meaning ‘opposite, against, in opposition to’, as in antithesis or antibody and any number of adjectives denoting opposition to someone or something, such as antigovernment. The ἀρκτικός part, from which Arctic derives, denotes the North, literally ‘of the Bear’, from ἄρκτος (arktos), the constellation Ursa Major. This is very visible in the northern sky and two stars of the Plough, aka the Big Dipper, within it can be used to plot the position of the Pole or North Star.

The word ἀνταρκτικός existed in Ancient Greek because the existence of Antarctica was hypothesised. The North and South Poles were also discussed by the ancients as the Arctic Pole and the Antarctic Pole, and it was Geoffrey Chaucer, in his treatise on the astrolabe, who first used the term Antarctic in English, in the form the pol antartik.

Nowadays, we refer to the continent indifferently as the Antarctic or Antarctica. The designation Antarctica can be traced, like so many crucial things in science, to a Scot. John George Bartholomew, one of the family who created the eponymous and highly successful Edinburgh mapmaking company Bartholomew, was the first to publish a map – in 1887 – in which the continent is labelled ‘Antarctica’ above the original description of ‘Unexplored South Polar Continent’.

Antarctica could have been ‘Australia’

That ‘Unexplored South Polar Continent’ had in many earlier maps been labelled ‘Terra Australis Incognita’, ‘Unknown Southern Land’, whose existence had been suspected for centuries. In an astronomical treatise of 1545 it is even called Australia, and that could have become the name for what we today know as Antarctica, but an English explorer had other ideas.

Our ‘Australia’ was still known as ‘New Holland’ when, in 1803, Matthew Flinders became the first person to circumnavigate it. He called it ‘Australia’ in a hand-drawn map of 1804 and a published map of 1814. The name gradually took root in scientific circles, and in 1824 the British Admiralty changed New Holland to Australia, leaving Antarctica nameless. Various poetic names such as Ultima and Antipodea were mooted until Bartholomew’s Antarctica won the day.

A continent of superlatives

For most of us, I suspect Antarctica is off our everyday radar. It really shouldn’t be, for it is the continent of superlatives. Kind of obviously, it’s the least populated continent, its population peaking at about 5,000 in the summer months. Less obviously, it is, on average, the coldest, driest, iciest and windiest of the continents. It has the highest average elevation of any continent and has recorded the lowest temperature on Earth at −89.2°C (−128.6°F). It is covered 98 per cent by the largest single mass of ice on Earth, the Antarctic ice sheet, at an average depth of 1.2 miles or 1.9 kilometres.

Talking of ice, a pair of terms are crucial when talking about Antarctica. Ice sheets like the Antarctic ice sheet are continuous expanses of ice. Under the force of gravity, the ice moves in the form of glaciers towards the coast, where it forms vast floating ice shelves that can extend far out to sea. And Antarctica, of course, has the World’s largest ice shelf, the Ross Ice Shelf, named after the British explorer Sir James Ross. It is 800 km across and (2013) was almost the size of France. Under the impact of warmer temperatures, the glaciers move faster, and the ice shelf breaks up, ‘calving’ icebergs.

If you think of icebergs as not having much surface area above water, think again when it comes to the Antarctic. The largest calved by the Ross Ice Shelf, B-15, measured 295 by 37 km across its visible surface. The largest iceberg ever recorded was the size of Belgium.

Of glaciers and -bergs

Thinking of word origins, elemental ice, snow and rain are part of the Germanic stock of English, with cognates, for example, in German Eis, Schnee and Danish regn. Glacier and iceberg, in contrast, are just two of the thousands of loanwords that enrich our language. Glacier is an eighteenth-century borrowing from French, unusually, from the Savoy dialect. Iceberg is in part what is known as a ‘loan translation’. English has replaced the ijs of the original Dutch ijsberg (‘ice’ + ‘mountain’) with ‘ice’ and retained the –berg part. So well naturalised is the word in English now that the –berg part can happily be treated as a free-floating suffix to name for us the rebarbative object that is a fatberg.

Given the weather conditions in Antarctica, it’s not surprising the flora is unspectacular and consists mostly of lichens and mosses. I’ve always pronounced lichen exactly like ‘liken’, but I’ve heard people pronouncing it ‘litchen’. Sure enough, Collins online covers both possibilities.

The vertebrates one associates most obviously with Antarctica are, of course, penguins. But penguins are Welsh. Say again? Yes, the origins of the word penguin possibly lie in Welsh, being a compound of pen, meaning ‘head, headland’ and gwyn, ‘white’. Probably the bird so denoted was first the great auk and only later a penguin. The ‘white head’ might refer to the bird, or it might refer to a white headland where they were observed to gather.

While penguins provide the metaphor penguin suit, for a black tie and dinner jacket, poor old Antarctica doesn’t seem to have any metaphors to call its own. To say two things are poles apart or to traverse the globe from pole to pole references the North and South Poles. Those poles come from Greek polos (πόλος), ‘pivot, axis, pole’, via Latin polus, ‘end of an axis’, whereas the poles of, for instance, telegraph poles are a different word: late Old English pāl, of Germanic origin but based on Latin pālus ‘a stake’.

And while Antarctic ought to make a perfect metaphor for being bitterly cold, that conceptual space – at least in British English – is already taken by arctic and Baltic.