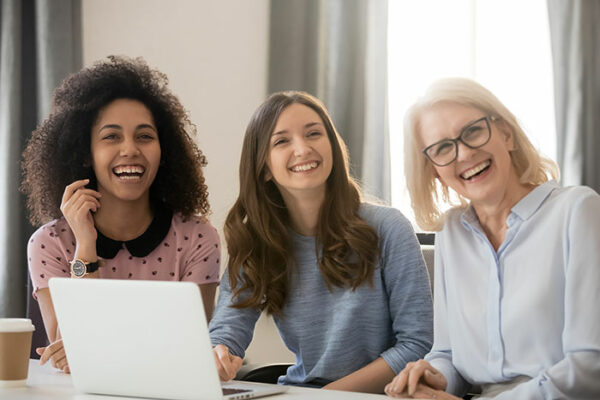 International Mother Language Day: What does it mean to have a mother language?

Today is UNESCO’s International Mother Language Day. To celebrate the power of language, we’ve asked three non-native English speakers to write about their experiences of having a mother language.

“This trivial question from a then work colleague about my plans for holiday turned out to be a lesson in linguistic awkwardness for me and others. My first home is in France, and I lost it on the way of dropping the ‘H’.

English is like going home now: I don’t need to ‘check the map’ of my brain to find my way back. However I will still occasionally appreciate a little detour, and enjoy getting lost, surprised and unsettled by the discovery of a new word along the path.

English has been my working language for over 16 years now. The challenges of the beginning of moving to London have long now been eclipsed by the pleasure of feeling at ‘home’ with it. I think and dream in English. Still, the emotional, cultural and unconscious filters of using a foreign language haven‘t gone – a rude or tender word in English will never have the same impact as its French equivalent.

I can only see benefits of being able to speak several languages: who wouldn’t want to understand literally and metaphorically the others, especially in a city as culturally diverse as London? And all the scientists keep telling us it’s good for our brains, our health, and our creativity. This is what I keep telling my students anyway.

So we should all embrace the diversity of languages for these exact reasons. If you’re a keen traveller, you’ll know that the best journeys start in your mind; and the best guide book is the local language.”

“My mother tongue is Austrian German, which is really a dialect. I grew up speaking dialect but reading and writing standard German. So in a way I’ve got two mother tongues.

Living in the UK, I’m using English every day at work and to talk to my friends. Some of my friends also speak German, so I do get to use standard German. However, I hardly use the Austrian dialect I grew up with, so it’s sometimes odd when I’m speaking to someone from my family and I start speaking standard German rather than dialect. They usually tease me for speaking ‘posh German’!

I love using different languages in my life, and I’m getting really good at switching between languages quickly. My boyfriend’s mother tongue is French, so sometimes we speak French at home, or he’d speak French and I’d answer in English. Or we just speak German. Sometimes we end up speaking a rather strange mix of languages, which can be amusing. We try not to mix too much, though, just so we don’t forget how to ‘properly’ speak all the different languages.

In a way, using a language that’s not your mother tongue influences the way you think about how to say things that seem straightforward when you speak your mother tongue. You also get to learn a lot about how different languages approach certain things. Think about idioms, for example – in Austria you’d say ‘it sells like hot rolls’ but in English you say ‘hot cakes’ – so in Austria bread seems to come to mind first, whereas the English might prefer cakes?”

How to raise my baby bilingual?

“From the early days my husband and I decided to speak at least two languages at home to make sure our baby daughter will know her mum’s mother tongue, Polish, and speak Spanish with dad (although my husband is English, he speaks Spanish and French fluently).

From the outset we were worried that we will bring confusion in our daughter’s speech development and delay her speaking by mixing up too many languages. During the 7-11 months development review at the local NHS centre we found out that introducing up to 3 languages does no harm. Children could mix up languages at the beginning but this is temporary. Eventually, it goes away as a child’s vocabulary develops in all languages. All we need to do is be very consistent. I always try to speak Polish while being with my daughter and my husband talks to her in Spanish. On a day-to-day basis we communicate in English. Apparently up to two foreign languages can be easily taught at home while English is going to be introduced in a nursery or pre-school anyway.

I want my daughter to speak a few languages as there are plenty of advantages. Apparently children who speak more than one language are better at reading, writing and spelling, grammar and word-recognition. Studying languages at school also helps them to be better at learning everything else like maths, cognitive flexibility and creative thinking skills.

So, let’s talk about languages!”

Do you have a mother tongue that has affected the way in which you see the world? Let us know the story behind your languages. As Valerie says, “the best journeys start in your mind; and the best guide book is the local language.”