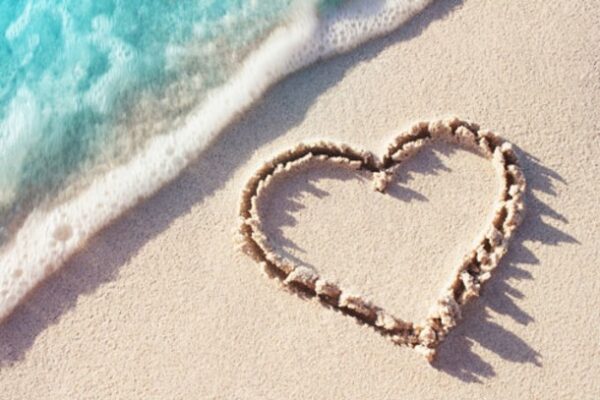 With over a million viewers tuning in six nights a week and more than 183 million tweets about the show, Love Island lingo is working its way into the nation’s lexicon.

This year’s show has welcomed a wide range of islanders from Essex, Manchester and as far north as Dumfries, bringing a plethora of dialects to the villa.

The question is, do you know your melt from your shade? We’ve put together a quick guide to the most popular Love Island words and phrases to get you up-to-speed.

Whilst the islanders are enjoying temperatures of up to 30 degrees, their liberal use of the word melt isn’t referring to the heat.

Melt in the villa is commonly used as a noun (melty, if you need an adjective) and is defined as someone acting soppy toward their crush. On Love Island if someone describes you as a melt, it’s usually because they think you’re being over-the-top or pathetic.

The word melt originates from the Greek ‘meldein’, meaning to liquefy or dissolve.

When you think of someone getting pied, you might think of a clown getting a custard cream to the face. You’re not completely off base.

To ‘get pied’ (verb) on Love Island is to be rejected by someone, which arguably can be just as humiliating as a pie to the face. If you’re been ignored by a love interest or dumped by your bae, you’ve been pied.

This definition of this word seems to be totally unique to the villa, with the original definition dating back to the 14th century. Traditionally, pied is an adjective used to describe the contrast colours of a magpie’s plumage. How things change.

Example sentence: ‘Montana got pied off by Dom’

If you’re from the north, you’re no stranger to hard graft. In much rainier England, graft is used informally to describe working hard. Graft as an official definition is the act of putting in, like grafting a plant shoot, originating in the late 15th century.

To graft (verb) on the island is pretty true to its roots – no pun intended. If you’re grafting, you’re working hard to get the romantic attention of your crush – putting in the work to lay the foundations of love. Sweet, right?

Example sentence: ‘Dom was proper grafting with Jess on her birthday’

No, not the kind of muggy that sends your hair into meltdown and leaves you feeling sticky. If you’re being muggy (adjective) or getting mugged off (verb), it’s a little like being pied off except less embarrassing.

To be mugged off in Mallorca is to be treated disrespectfully or deceived by another islander. Normally it’ll leave you feeling angry or confrontational, which is probably the cause of most arguments in the villa.

The word mug in its modern form was added to the Collins Dictionary in around the 1970s and derives from the 1855 ‘muggins’, used to describe a fool or a simpleton.

Always ahead of trends, Collins Dictionary defines crack on (verb) as the act of continuing to do something, usually with more effort than before or as quickly as possible.

On Love Island, to crack on is to begin a romantic relationship with someone, ideally with the end goal of coupling up.

Example sentence: ‘Mike wants to crack on with Jess’

Too much salt can be bad for you, in your food and your attitude. If you’re salty (adjective) in the villa, usually you’re bitter or angry towards another islander.

Our pioneers of language aren’t the first to use this word in this context. Salty as a way of describing anger or irritation comes from US slang, first attested in 1938 and often used in reference to sailors.

All that ocean air, it does funny things to a person.

Example sentence: ‘Sam got salty about Chris cracking on with Olivia’

You might think with all that sun and passion flying about the villa, the islanders might appreciate some time out in the shade. Voted one of the Collins Dictionary top 10 words of 2016, throwing shade is something very different.

To throw shade (verb) is to make a public show of contempt for someone or something, often in a subtle or non-verbal way.

As early as the 1520s, shade was used as a way to describe casting a shadow over. If you’re throwing shade, you’re basically casting your disdain over another person.

Example sentence: ‘Did you see her throw shade at me at the bar?’

Who gives you extra? Marcel, if Olivia is to be believed. When the two got into a heated argument a few weeks ago, Marcel was accused of being extra.

If you’re extra, you’re taking something too far, for example by being dramatic and over-the-top.

Used as a noun in the English language, extra is considered to be things that are not necessary in a situation – so we guess this is pretty close to the original definition of the word.

Example sentence: ‘Why are you getting so extra about it?’

If you’re a right sort, consider yourself lucky. In the land of Love Island, a sort is someone that is considered to be extremely attractive, and therefore is a compliment of the highest order.

Where does sort come from? Well, sort first began appearing in the 14th century deriving the medieval Latin ‘sors’, which means both kind – i.e. sorting into categories – or fate.

Last but not least, you must at all costs avoid being branded a snake or snakey. Those poor slithery reptiles get a bad rap.

If you’re accused of being snakey, it’s not because you’re legless (a whole different meaning), it’s because you’re considered to be crafty, sneaky, or a backstabber.

Snake as an insult comes from American English, defined rather eloquently as a treacherous or deceitful person. Snakey, however, is yet to hit the pages of our dictionary. A contender for the 2017 Word of the Year perhaps?

Now you’ve had your crash course in Love Island lingo, there’s a 100% chance you’ll be someone’s type on paper.