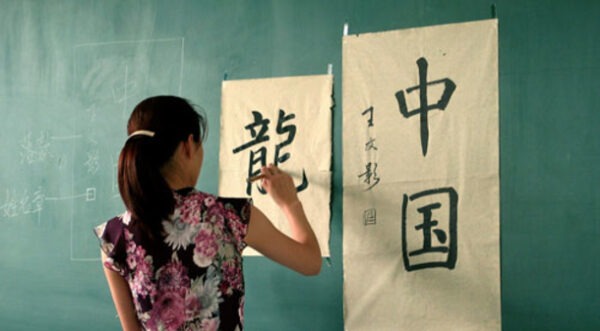 This autumn best-selling language expert Paul Noble, author of the Unlocking language series, will release an exciting new title that will help you unlock Mandarin. We sent one of the Collins team for a one-to-one learning experience with the man himself, and here’s how they found part one of the course.

What is your native language and do you speak any other languages?

My native language is English. I speak Spanish and French after studying them at university, but as we all know, as soon as you stop speaking a language you start to forget it, so I could probably do with a refresher!

What is your previous experience of learning a language?

Have you ever tried to learn a language independently before? If so, what have you used?

In the past I’ve downloaded apps in an attempt to restart my language learning. I’ve never managed to stick with this for very long though.

What was your knowledge of Mandarin before learning with Paul Noble?

Before I started learning Mandarin with Paul I didn’t even know what the difference was between the different Chinese languages and, if I’m completely honest, I don’t think I would have been able to identify Chinese when listening to spoken Asian languages. It’s safe to say I had absolutely no knowledge of Mandarin and went into this experience as a complete beginner.

How did you find learning Mandarin, compared to European languages?

As with any new skill, there are the easy parts and the harder parts.

I was surprised at how simple and, more importantly, how logical the Mandarin grammar system is. Forget having to learn a thousand different verb endings; so far in the Mandarin I’ve learnt we simply add one sound to make a sentence past instead of present. This makes it so much easier than the European languages most Brits are used to.

The pronunciation of Chinese words is clearly quite different from English, but if you pay careful attention to the way the native speakers give you the examples on the recording and try to replicate the sound exactly, you will eventually start speaking Chinese!

How did you find Paul Noble’s method in your first few sessions?

I must admit I was concerned that I was going to make a fool out of myself and not be able to pick up anything at all. However I needn’t have worried because, as we already know from his existing language learning programmes, Paul clearly knows a huge amount about the structure of language and how native English speakers learn foreign languages.

Paul starts off by making you aware of the few Mandarin words you probably already know without even realising (like Shanghai and chow mein) and then showing you how you can use these in a sentence. It was interesting to learn useful words and phrases straight away instead of starting with lists of words you’re unlikely to remember a couple of weeks down the line.

I was also encouraged not to try to remember specific words. This may sound odd, but the best way I can think to describe it is circular vocabulary building; you’ll be introduced to a new word casually, hear it in a sentence a few times and then, without realising it, a few days later you’ve picked it up and are able to create a sentence using this new word without actively having to remember it.