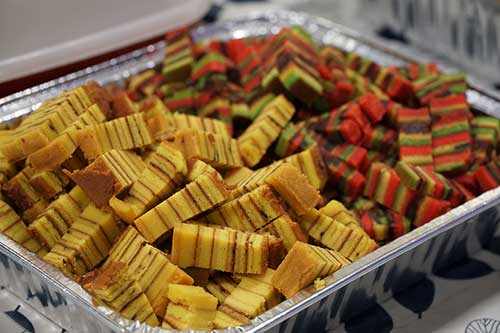 Plant-based, Sarawak, and Big Five: October’s Words in the News

A couple of months ago, the Impossible Burger brought us a new meaning of the everyday word, impossible. But, of course, Impossible isn’t the only brand of meat substitute on the block. In fact, the increasing attention on this new development in food culture has made plant-based a household word. But whereas burgers were the catalyst in August, October’s new product was Heavenly Chocolate, a plant-based, dairy-free version of what is probably the world’s favourite confectionery ingredient.

Plant-based isn’t a new word per se, but it now stands to win out in daily usage over its cousins, vegetarian and vegan. But what’s the difference between these words? Well, we all know that vegetarians don’t eat products which require killing animals (no meat, fish, or poultry), but they are willing to eat dairy and eggs. Vegans, however, will not eat or use any products which exploit animals, whether the animal is killed in the process or not. A plant-based product or diet is composed only of products derived from plants. This makes it technically vegan, and many plant-based products (including Heavenly Chocolate) do use this label. Colloquially, however, the word vegan connotes lifestyle and beliefs (specifically the belief that humans have no right to exploit animals in any way for our own benefit), whereas plant-based is more of a “plain facts” descriptive term. It’s also possible that plant-based is better for marketing purposes, in case some potential consumers may be put off by the connotations of vegan.

In other food news, October saw the final of 2019’s Great British Bake Off. In its ten years on air, the series has developed a reputation of exploring obscure historical and regional baked items in order to challenge the contestants. In one episode of this series, the bakers were asked to make a Sarawak layer cake, named for the state in Malaysia, in which the cake originates. While layer cakes are nothing new, the spiced layer cakes of Sarawak are known for having multiple colours and intricate patterns (achieved by using very thin layers). And while the bakers’ efforts were certainly impressive, Sarawak layer cake (or kek lapis, to use its Malaysian name) is actually a protected geographical indication, meaning a true Sarawak cake must be made in Sarawak. So what we saw on GBBO was properly termed a “Sarawak-style” cake.

Like Western layer cakes, the batter is made using eggs and milk, so, impressive though they are, they are certainly not plant-based. But one reason to be increasingly aware of how and where we use animal products is the threat to Big Five. Most people probably recognize this phrase as referring to the five most sought-after animals to view on safari, i.e. the lion, elephant, rhinoceros, buffalo, and leopard. Originally, these were the five big game animals most difficult to hunt on foot. However, October saw the release of a new report by the NGO World Animal Protection, which identified a “big five” of legally traded animals, namely the Nile crocodile, the Cape fur seal, Hartmann’s mountain zebra, the African elephant, and the common hippopotamus. Published on World Animal Day (4 October), the report brought attention not only to these animals, but also the classic “big five”, and the impact human activity – both legal and illegal – has on their habitats and survival.