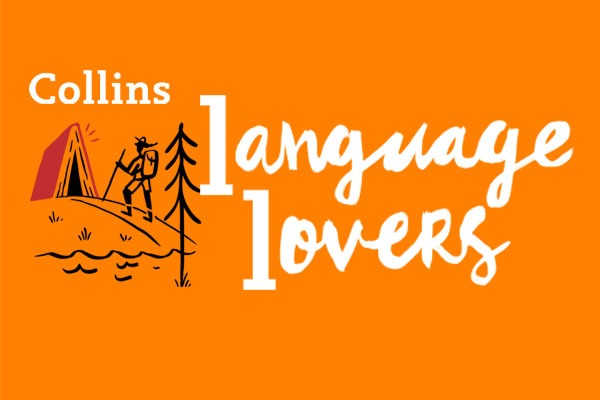 April 22 is Earth Day and this year’s slogan is ‘Restore Our Earth.’ Earth Day is older than you might suspect. So attuned are we now to environmental anxiety, aka solastalgia, that it’s easy to presume such an ecologically aware event must be a recent institution. Far from it. The first one took place 51 years ago, tapping into those fabled 1960s American youth protest movements. Earth Day falls on the twenty-second of April, thereby preserving the date originally chosen to maximise university student attendance (between spring break and exams). On that spring day in 1970 it wasn’t only uni students who protested. In a precursor to Greta Thunberg’s climate strikes and Fridays For Future, thousands of high-school students also took part. In this YouTube video, the co-ordinator of the first Earth Day explains how a wide gamut of causes brought 1 in 10 Americans out onto the streets. The catastrophic impact of humankind on the natural world they were protesting against has since led to the naming of a new geological epoch starting with the Industrial Revolution: the Anthropocene. It combines anthropo– (‘human’) and -cene for a recent geological epoch, as in Pleistocene, Holocene, etc. As a sidenote, it is indicative of the late Duke of Edinburgh’s forward-thinking approach to the environment that back in 1970, the very year Earth Day launched, he used the term greenhouse effect in a speech, well before it became common currency.

The earthday.org map of this year’s events shows the UK peppered with activities ranging from ‘water walks’ on the Isle of Mull to plogging in various locations to vigils to teach-ins. The twenty-first century neologism plogging, litter-collecting while jogging, illustrates both how English influences other languages and how English imports words. It is a blend created by Swedes of Swedish plocka ‘to pick’ and jogging. Teach-in, in contrast, has the unmistakeable patina of 1960s activism, when it was coined on the model of countless other –ins staged as protests (sit-ins, lie-ins, stand-ins, you name it).

The words we now use routinely to describe the plight of suffering planet Earth – environment, ecology, pollution, even toxic (as in toxic fumes, toxic sludge) –,  once confined to the domain of science, are now part and parcel of everyday language and indicate how far environmental awareness has shifted over the last half century. As a case in point, planet Earth, though first recorded in writing back in 1858, shows a vertiginous rise in use from 1980 onwards. Thousands of scientific words derive from Latin and/or Greek, and ecology is one such, except that English borrowed it directly from German Ökologie. Environment, too, stands out etymologically as from (Anglo-Norman) French. Anyone who knows French will connect the word environment and the modern French adverb environ, ‘about, around’, which also existed in Middle English and appears in Chaucer. And speaking of ‘around’ reminds me that the German for ‘environment’ is literally the ‘around world’, die Umwelt.

While the word earth is part of the Germanic bedrock of English (compare German die Erde and Danish Jorden), most of the words we use to describe our Earth are not, as we shall presently see. Because earth has two principal meanings – our planet and the material that makes up its surface – each meaning has its very own related adjectives. For the planet we resort to Latin terrestris for terrestrial. Worldly once had that meaning but has largely lost it. And while earthy originally described facets of the soil, and still does in certain contexts, it developed the very specific meaning ‘coarse or gross’, as in earthy humour. To describe the soil and its study, we turn to Greek for pedology, from the Greek πέδον (pedon), ‘soil’.

Thanks to the popularisation of the Gaia hypothesis, it has become mainstream to conceive of the Earth in anthropomorphic terms as a living being or person. For instance, Extinction Rebellion placards such as ‘Mother Nature is crying’ and ‘Respect your Mother’ reflect this personification. The idea, though, is hardly new; the phrase Mother Earth goes back to Shakespeare, Spenser and beyond. Latin embodied the same conceit as Terra Māter, with Earth the goddess sometimes also known as Magna Māter (‘Great Mother’). In a different divine guise, the Earth for Romans was also the goddess Tellūs. That noun’s genitive Tellūris gives us element 52 in the periodic table tellurium, discovered in a gold mine, hence the name, and also the rare adjective telluric (‘of or relating to the earth or soil’ and other more specialist meanings).

Digging back beyond Latin returns us neatly to Greek Gaia, the primordial mother of all creation and mother/wife of Uranus, the heavens. That Gaia spelling represents Classical Greek γαῖα, which is a Homeric and poetic variant of Attic γῆ, the form reproduced in the prefix geo– for words relating to the Earth or to earth (geology, geography, etc.). A rarer technical word relating to the Earth is geodesy, the science of measuring the world. More familiar to most people will be its adjective geodesic, ‘relating to the geometry of spheres’, as in the spectacular geodesic dome configuration invented by Buckminster Fuller and famously used at the Eden Project in Cornwall.

Whether you take part in an organised event, ponder how to make your garden more nature-friendly or decide to help the environment in other ways, I hope you have a reflective and inspiring Earth Day.