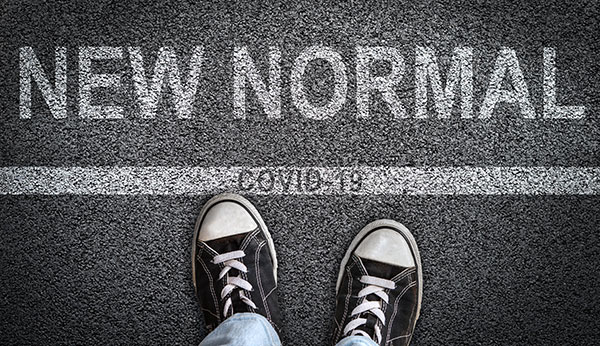 The roadmap to … exit

COVID-19 and all it entails has spawned dozens of novel words. At the same time, existing ones have been called into service. Lockdown is one. Roadmap is another – for the UK government’s exit strategy from the current situation.

Now, is roadmap one word or two? Collins currently has it as two, but the signs are it’s tending to coalesce. This happens to many compounds over time; Jane Austen, for example, wrote any body, and she wasn’t referring to cadavers.

The government is easing some restrictions on people’s movements as part of its roadmap. Alleluia! But that easing presents another challenge, linguistically speaking: what are we to call it? Several candidates are in the air. I perform my own beauty contest on them below. We could certainly do with something more tongue-trippy than BBC News’ “latest phase in the relaxation of the coronavirus lockdown”.

Which one gets your vote?

First, Covexit. IMHO, it’s faulty on two counts. It’s got three syllables, whereas other **xits have two. And we’re not talking about an exit from COVID-19, are we? What’s at issue is an exit from lockdown and all it involves. So, Covexit gets a Eurovision nul points from moi. Which doesn’t mean it isn’t widely used. A blunt way of measuring popularity is Google hits. On that measure, Covexit is second on the leader board.

Ranking above it by a huge margin on Google comes our next contestant, deconfinement, a straightforward loanword (minus the accent) from French déconfinement. Because de- in English can create verbs and thence nouns suggesting removal of something (decontamination, decompression), it gets my douze points. A potential drawback is that it refers only to not being cooped up, not to all the other facets of lockdown. In its favour, however, it already existed, albeit in the rarefied realm of quantum physics.

Next, also from the language that practically invented chic, comes unlockdown, which is a loan translation of déconfinement; in other words, the individual elements of the French word have been translated separately. But something about that un- prefix unsettles me. Hundreds of English nouns start with un-, but they’re usually abstracts denoting opposites (unhappiness, undesirability), not the ending of something. And then there’s the fact that unlock already exists as a verb, so you get a clash of readings: un[lockdown] vs [unlock]down. Still, the word is widely used, especially in Indian media.

Trailing way down come Loxit and Lexit, a pair of Brexity clones. With its first two letters, Loxit retains some connection to lockdown but out of context is hard to decode – not to mention that a brand has that name. The hard-to-decode objection weighs even more heavily on Lexit’s shoulders.

Moving on, as we are so often urged to do these days, we get to local lockdowns, possibly necessary should there be a renewed spike in COVID cases in a given area. Local lockdowns are part of the government’s roadmap out of the present situation and might be confined to as yet undefined micro-communities, the communities which, unlike most other communities, people will run a mile (“You’re nicked!” for breaking the rules) not to be part of.

COVID-19 isn’t going away anytime soon, so we will have to accept peaks and troughs in infections as part of the new normal. Another likely component of the new normal are the social bubbles suggested by the UK government, an idea inspired by practice in New Zealand. The problem with bubbles, as I won’t be the first or last to point out, is that they burst easily. And heretofore being inside one, like the Westminster bubble, has been considered anything but beneficial.

The famous marketing “rule of three” (e.g. Reduce, Reuse, Recycle or Vorsprung durch Technik) is a technique the UK government has applied to its threefold-sloganising. In the latest Corona narrative, we have another application of triads in the shape of TTI – test, trace, isolate – and TTT, test, track and trace. Whether they become long-term members of the often-criticised TLAs (three-letter acronyms) only time, technology and taste will tell. And on that note, I’m making a sharp exit (pursued by a bear).