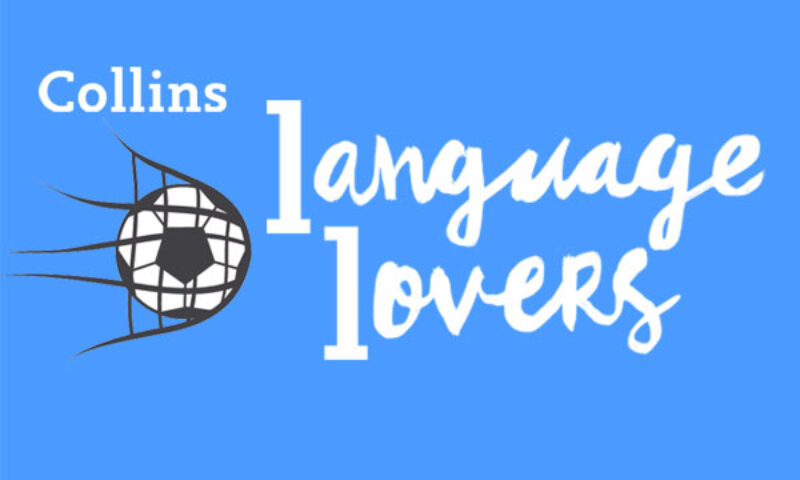 The weather outside is frightful, but for football fans the most delightful time of the year is upon us – admittedly a few months later than usual – as the 2022 World Cup kicks off in Qatar this November. First played in 1930, the World Cup is an international association football competition which is held every four years.

As a truly international fixture, previous World Cup tournaments have been held in Brazil, France, Italy, Uruguay, Chile, Argentina and South Africa. To mark the return of the beautiful game’s premier competition, we’ve compiled nine essential words and phrases for every football fan.

Featured in the Collins Word of the Year shortlist back in 2018 after its World Cup debut, VAR stands for ‘Video Assistant Referee’. Now a standard role in every Premier League fixture, the VAR is an official who helps the on-field referee make decisions during the game by reviewing and analysing footage from the game. The VAR system has also attracted its fair share of criticism, with many fans, players and managers furiously disagreeing with decisions, particularly when it comes to key moments such as whether goals should be allowed.

In the beautiful game, it’s absolutely crucial that your team doesn’t concede goals. The word concede first appears in the mid-17th century meaning ‘to yield’ or ‘to make a concession’, coming from the Latin cēdere, meaning ‘give way’. In the world of football, if you concede a goal, it means you were unable to prevent your opponent from scoring.

Another fun related piece of football vocabulary is clean sheet, which is an instance of conceding no goals during a match or competition, frequently see in ‘to keep a clean sheet’. The phrase comes from the practice of sports reporters taking notes on goal scorers during a match – a team was said to have ‘kept a clean sheet’ if no goals were scored against them, and consequently no notes taken down.

A quintessential autumnal spice that features in baked goods such as gingerbread, fruit cakes and chocolate, the word nutmeg has come to find a place on the football field (both as a noun and a verb). In football, nutmegging involves kicking or hitting the ball between the legs of an opposing player when passing, dribbling, or shooting. While it’s not clear where this sense of the word comes from, Cockney rhyming slang uses ‘nutmeg’ to mean ‘leg’; it’s possible it made its way into British football slang from there. Notable nutmeg specialists include Cristiano Ronaldo, Lionel Messi and Luis Suárez.

One of the most commonly misunderstood pieces of football terminology, the offside rule catches out players and viewers alike when it comes to those all-important goals. In football, the rules state that a player is considered to be in an offside position if any of their body parts – except hands or arms – are in the opponent’s half of the pitch and closer to the goal than both the ball and the second-last opponent. When offsides happen, the opposing team get a free kick in the place where the offence occurred.

With coachloads of football fans flocking to watch 2022 World Cup fixtures, you’d expect to see some parking of buses. But if you describe a team as ‘parking the bus’ on the field, what you mean is that they’re playing in a very defensive way. But where does this strange phrase come from? In 2004, Chelsea manager Jose Mourinho criticised opposing team Tottenham Hotspur in a post-match interview by saying, ‘As we say in Portugal, they brought the bus, and they left the bus in front of the goal’. Now considered to be a football cliché, it’s clear that this English football phrase has its roots in Portuguese.

Declared by the Guardian to be one of football’s worst crimes, diving describes the practice of players falling to the ground (and often pretending to be injured), in an attempt to get a free kick or incur a penalty. However, if you’re caught faking it, it can have dire consequences for your team. At best, you’ll face a yellow card. At worst, you might even receive a ban, as Everton player Oumar Niasse discovered in 2017 when he was banned from playing for two matches by the FA.

Once upon a time, a showboat was an old-fashioned steamboat which ferried troupes of actors round to perform shows in river towns. In modern sports, the term ‘showboating’ has come to describe outrageous, extravagant and ostentatious displays of skill by players on the pitch. The term can often be used negatively to criticize players ‘showing off’ during matches, though some such tricks have undoubtedly become part of the game. Memorable examples of showboating skill include Ronaldinho’s famous ‘flip flap’, Wayne Rooney’s bicycle kick and Ronaldo’s heel chop, which involves incredible balance to pull off.

Extra time and stoppage time, what’s the difference? In the World Cup, extra time is usually awarded in the case of a draw, where the teams need additional time to clearly determine the winner. This is particularly crucial during knockout stages, when there needs to be one decisive winner, and can culminate in a penalty shootout. Stoppage time is given to compensate for time during the game when play was stopped, for example, in cases of injury or when the ball was out of play. It’s fairly normal to have three to five minutes of stoppage time in most games to account for those pauses in play.

Can’t get enough of all things football? Refresh yourself with our 2018 World Cup banter or take a trip to Brazil with the World Cup words you need to know.