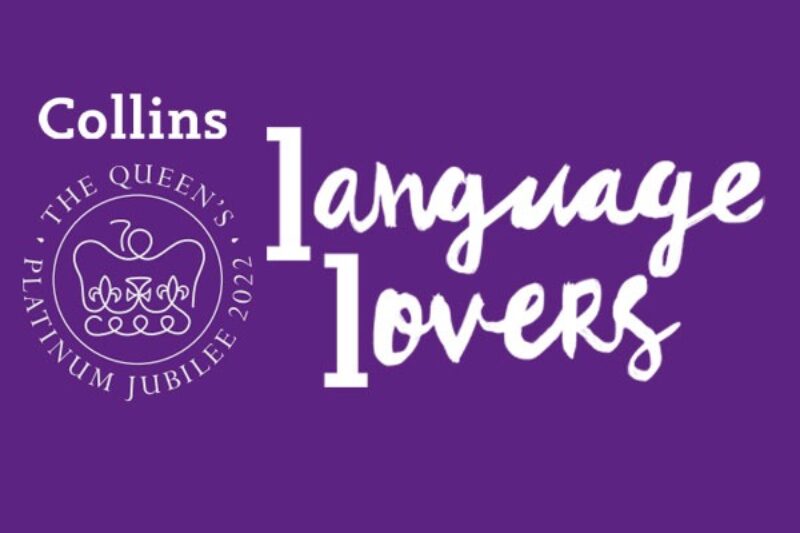 At the start of June, the UK celebrates Her Majesty the Queen’s Platinum Jubilee, marking her seventy years on the throne. In honour of the event, the spring bank holiday has grown by a day and been moved to synchronise with Trooping the Colour, which marks the Queen’s official birthday. On the jubilee website, well over 2400 public events and 2700 street parties have been registered.

Platinum Jubilee. Pla-ti-num Ju-bi-lee. Apart from enjoying the forthcoming events, let’s savour that unique, never-to-be-repeated combination. It embodies two major streams of loanwords and two tongues that have flowed into today’s English, namely, Spanish and Hebrew. In the league table of languages that contribute to English, Spanish sits in seventh place, Hebrew in seventeenth.

We know platinum as one of the elements, with its symbol Pt and its atomic number 78. Its name derives from platina, a diminutive of the Spanish for ‘silver’, plata. In English it was also platina at first but was then changed to the Latinate platinum in line with other elements.

But why Spanish? The story runs as follows. Platinum, nowadays such a crucial component in many products, was unknown in Europe but was known and worked in South America. There, Antonio de Ulloa, an eighteenth-century Spanish polymath scientist, was the first to write about it and also named it platina. In 1745, the ship on board which he was returning  to Spain from South America was captured by the Royal Navy and he was taken to London as a prisoner of war, Britain being then at war with Spain in the War of the Austrian Succession. Members of the Royal Society were fascinated by the metal and its fame spread thereafter, while de Ulloa was made an FRS (Fellow of the Royal Society). Incidentally, not only is the combination of platinum and jubilee unique: platinum is unique in being the only Spanish-derived element name.

The story of jubilee takes us back to biblical history while illustrating the workings of a sort of highbrow version of folk etymology. First, the biblical angle. Ultimately, jubilee is from the Hebrew yōbhēl, meaning ‘jubilee’ but originally ‘a ram’s horn’. These horns were used as trumpets to celebrate the beginning of a jubilee year, to be held ever fifty years according to the Old Testament book Leviticus and in which, inter alia, the fields were to be left uncultivated and Hebrew slaves liberated. As for the folk etymological angle, the Hebrew yōbhēl was translated into Greek, or Hellenised, as ἰωβηλαῖος (iōbēlaios), still keeping its ‘o’ sound. However, transferred into the Late Latin of the fourth-century Latin Bible, the Vulgate, that ‘o’ became a ‘u’ in jubilaeus because it was linked to the existing Latin jūbilāre, ‘to shout for joy’.

Other religious words from Hebrew are alleluia, rabbi and amen.

Back at this year’s events, while Chaucer seems to have been the first to use jubilee to refer to a 50-year celebration, since then it has broadened to cover other time periods, in particular twenty-five years. Platinum in this use comes, of course, from the terminology of wedding anniversaries: the next jubilee at eighty would be oak.

A big part of the celebrations locally will be the 1500 plus street parties mentioned earlier. Such events might seem to contradict the stereotype of British reserve, and so it is that the earliest reference in English in 1845 is to parties in the streets of Rome. First mentioned in a British context in the early 1950s, street parties have gained traction in recent decades through successive royal jubilees.

And a big part of any street party will no doubt be flags and bunting.  Now, where do those words come from? Long story short, nobody knows for certain: they’re two of those many words at which etymologists throw up their hands and then label them ‘of unknown origin’. For flag, cognates exist in German (Flagge) and the Scandinavian languages (flag, flagg, flagga) but it is recorded in English first. One theory is that it might be connected to the verb to flag, ‘to hang down loosely’.

Dr Johnson defined bunting (1755) as ‘the stuff of which a ship’s colours are made’, and in one meaning it does refer to the relatively coarse woven material of which flags are made. In a Jubilee context, however, we will have in mind its more familiar meaning, denoting a collection of miniature flags, pennants and streamers attached to a slender length of material or cord with which streets up and down the country will be festooned.

Festoon, in contrast, is a word whose origins are very clear: it comes via French, like thousands of other words, in this case from French feston, from the Italian festone ‘ornament for a feast’, from festa, meaning ‘party’. And Italian sits in sixth place in that ranking mentioned earlier.

And finally, to Her Majesty. Queen is from Old English cwēn and has been used ever since the earliest recorded records of English to refer to a female sovereign or to the consort of a king. The related Old English word cwene has given rise to quine for ‘a young (unmarried) woman’, or ‘sweetheart’, once widespread in Scotland but now particularly identified with the North-East and Aberdeen, especially in the almost proverbial phrase ‘loons and quines’ for ‘young boys and girls’.

I shall finish here and look forward to raising a glass or two to celebrate and honour our longest-reigning monarch. I hope you will join me. I’m tempted to say, ‘Here’s looking at you, Your Majesty’, but that would be serious lese-majesty. 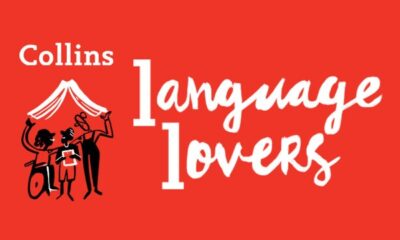 Spring has fully sprung! With warmer days ahead, you may find yourself inspired to turn over a new leaf and clean house, quite literally. Often, people mark the change in seasons with a traditional spring clean, the act of thoroughly cleaning your home. It’s time to… Read More