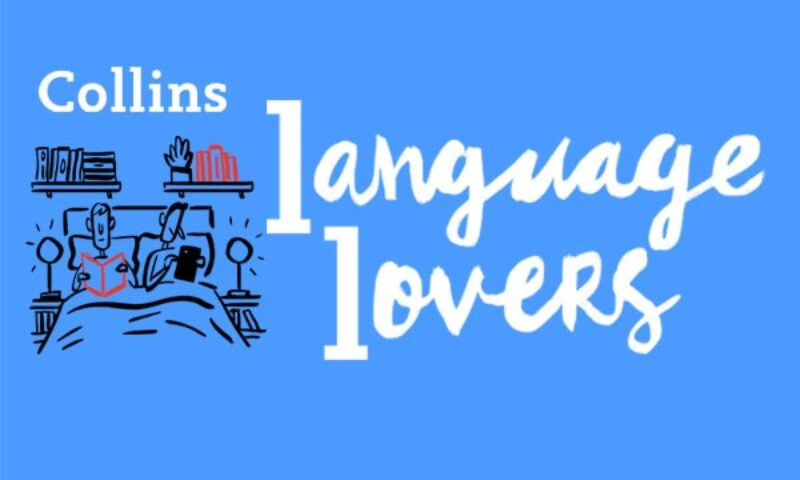 As Rudyard Kipling once said, “Words are, of course, the most powerful drug used by mankind.” At Collins Dictionary, we pride ourselves on being the home of living language, and that means when an opportunity comes to celebrate it, we can’t resist joining in.

This week we’re celebrating Dictionary Day, which originated in the United States and is held on 16th October in honour of American lexicographer Noah Webster, who has been called the Father of American Scholarship and Education. Webster was a passionate advocate of spelling reform, declaring English spelling to be unnecessarily complex. To develop his 1828 American Dictionary of the English Language, Webster set about simplifying various words, for example, by dropping the ‘u’ from the word ‘colour’.

We wanted to do something to mark the occasion. We’ve spent some time browsing our dictionaries to compile a selection of bookish words for word lovers and budding linguists to bookmark. Whether you want to expand your vocabulary (or just get some inspiration for your next round of Scrabble), take five minutes to appreciate the wonder of words!

Dragons are wellknown in the literary world for hoarding treasure, and magpies like collecting shiny things. In the case of the bibliotaph, the predilection is for hoarding books, keeping them under lock and key, safe from spinecrackers, page folders, and the well-intentioned book thieves who borrow and fail to return. The word bibliotaph comes from the French bibliotaphe, which combines biblio- (indicating books) with the Greek táphos, which means burial or tomb.

Have you ever spent the night elucubrating? You’re in good company. Robert Frost, Alan Ginsberg, Charles Dickens and Carol Ann Duffy were all famous for it. First recorded in the early 17thcentury, elucubration is the act of reading, studying or working intensively by candlelight, particularly on a literary composition. If you stumble over this lengthy word, you could use Shakespeare’s preferred term for an elucubrator, a ‘candle-waster’.

While not an official religion, epeolatry is defined as the worship of words. Epeolatry can be performed from the comfort of your own home, in your favourite armchair, devouring your favourite book. Or you can spend your time browsing Collins Dictionary – perhaps even reading this blog – searching for more words to add to your glossary. If either of these pastimes sound appealing, welcome to the club.

You would be forgiven for thinking that this word veers away from the written word toward more floral pursuits. You’d be right, given that formerly a florilegium was a lavishly illustrated book about flowers. It derives from modern Latin, with florilegus meaning flower-collecting (from flos meaning flower and legere meaning to collect). In later usage, it refers to an anthology or a compilation of literary works from an author.

Are you an author looking for a fancy new job title for your LinkedIn page? You’re in luck. Retro is in, so why not adopt the 19-century word litterateur, one who is devoted to the study or writing of literature. This delightful word was first spotted around 1806 and is borrowed directly from the French litterateur, which itself comes from the Latin littera, which means letter or writing.

By Jove, my quick study of lexicography won a prize. A wizard’s job is to vex chumps quickly in fog. Who packed five dozen old quart jugs in my box? Any of these sounding familiar? A pangram is a sentence which incorporates all the letters of the English alphabet, with the most famous example commonly used by word processing programs to display fonts: the quick brown fox jumps over the lazy dog.

We love this word because its form so perfectly fits the definition. If you were to describe some as sesquipedalian, you would mean that they tend to use very long words. Someone who is sesquipedalian often comes across as long and ponderous in their speech. The roots of this one are particularly playful. It first appeared in 17th-century English in reference to words, adopting the Latin sesquipedalis, ‘a foot and a half long’.

Do you find it absolutely impossible to leave a bookshop without taking home a new book? If that seems like a familiar concept, this is the word for you. Tsundoku is essentially a Japanese take on bibliotaphic tendencies. It merges the Japanese terms tsunde boke, meaning to let something pile up, with doku, meaning to read. Consequences of this behaviour include your TBR pile that continues to grow as if by magic and your bookshelves that are definitely doublestacked.

Do you have a favourite word to share with us on National Dictionary Day? Tweet us at @CollinsDict!