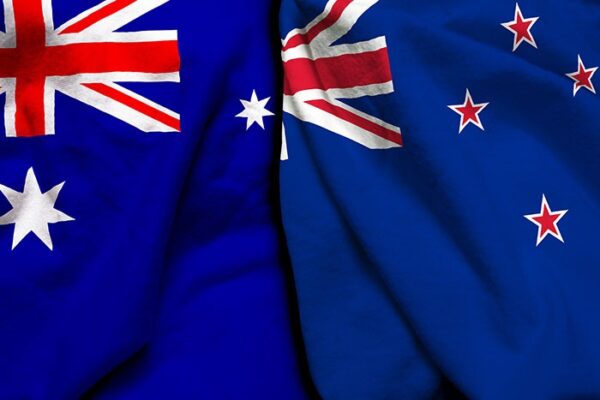 Are you wearing trunks and thongs or togs and jandals to the beach? Have you put your beers in the esky or the chilly bin, and are your sandwiches wrapped in aluminium or tin foil?

Some of us have trouble discerning between the Aussie and Kiwi accents, so here are a few terms which should help you work out whether you’re chatting to a Sheila who lives in Brizzo or a bloke from Aotearoa.

Firstly if a group of Kiwi friends were to take a break from college, they might choose to stay in a bach and go tramping.

During the day they could carry scroggin and for tea they might pick up greasies or shark and taties; if later on they found themselves feeling dry, they could pick up a few L&Ps from the local dairy (corner shops typical to New Zealand and open 365 days a year).

Meanwhile, if a group of Aussie friends were to choose to take a city break rather than bush it then they might spend their time earbashing or enjoying a flat white, before shopping for some joggers, daks or even a new cozzie to wear to sunbake at the beach.

Kiwis don’t like to be seen to be pikers, so they often need a morning tea to fuel their hard yakka. They might kick off their gummies and have a cuppa Milo (a hot malt drink) with an Anzac biscuit, or some kai.

After he’s finished watching over his herd feeding at the cowfeteria, a cow-cocky might meet a few friends for savs and pavs at a casual Parnell Shout.

Aussies don’t have Parnell Shouts, but they do love to invite a few guests to bring a plate, crack a tinnie and tuck into a good barbie.

Too much tucker will leave the whole party full, whilst too many Bundies could leave them full as a goog, and turn it into a right rort and produce a few dusty heads!

Kiwis yack whilst Aussies yabber but both would belt up if you put the hard word on them; Aussies serve their Cheerios with BBQ sauce rather than milk, whilst Kiwis use the term to toast and neither wave goodbye with a casual “cheerio” – in fact preferring to say “see ya” which, to others, might sound a few sarnies short of a picnic!

Can you tell a Kiwi from an Aussie? Can you think of any other Kiwi or Aussie words and phrases to add?