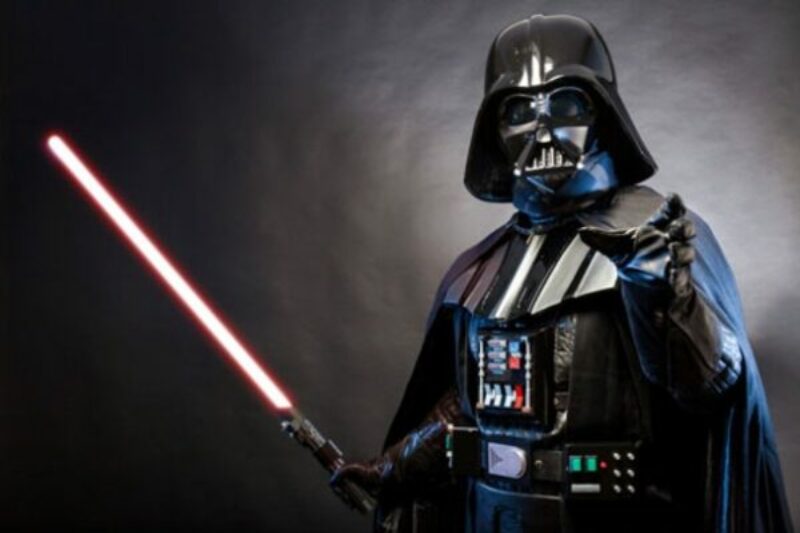 These are not the words you are looking for: Collins’ Guide to Star Wars terminology

A long time ago in a galaxy far, far away… it’s been 40 years since Star Wars first hit the big screen and with the release of Star Wars: The Last Jedi, we’ve decided to explore the Star Wars universe for intergalactic words that feature in Collins Dictionary. Read on, you must.

“I am a Jedi, like my father before me.” – Luke Skywalker

A word that inspired a grassroots movement in the form of over 150,000 official Jedi Knights in the UK alone, a Jedi in the Collins English Dictionary is defined as: ‘a person who claims to live according to a philosophy based on that of the fictional Jedi, a caste of wizards in the Star Wars series of films by George Lucas’.

Where does it come from? Well, that question is up for debate. It’s been said that George Lucas was heavily influenced by Japanese cinema when creating his world, especially the period dramas of Akira Kurosawa. Therefore it’s possible Jedi derives from the Japanese 時代劇 (jidaigeki), which are motion pictures about samurai.

“This is the weapon of a Jedi Knight. Not as clumsy or random as a blaster. An elegant weapon for a more civilized age.” – Obi-Wan Kenobi

Schvrmmmmmmm! Kwishuuuuuuuuuu! Vrummmummmmm! Have you ever triumphantly swung a roll of Christmas wrapping paper, Luke Skywalker style? Lightsaber is another word unique to the Star Wars universe, defined as: ‘a fictional energy weapon featured in the Star Wars universe that is over a meter in length consisting of a metal hilt that projects a brightly-lit energy blade.’

Lightsaber is a portmanteau, formed of ‘light’ and ‘saber’. The light was presumably chosen as a way of physically representing the energy, whereas the ‘saber’ (or sabre outside of the US) is a 17th-century heavy sword with a curved blade used by soldiers in early modern warfare. One might say a lightsaber battle requires the same elegance of a good swordsman.

“Wow, you’re about as bright as a binary droid.” – Ezra Bridger

Coined by special effects artist John Stears, a droid is a fictional robot possession some degree of artificial intelligence. It’s also been a trademark of Lucasfilm Ltd since 2009, where they also claimed it was the term for a wireless communications device – unfortunately for Verizon Wireless who pay a licence fee to use the word.

‘Droid’ is the clipped form of the word ‘android’, a robot resembling a human being, which itself derives from the Late Greek word androeidēs, meaning ‘manlike’. Interestingly, the word ‘droid’ was first used in a science fiction story published in 1952 by Mari Wolf, fifteen years before the first Star Wars film.

“Jabba’s put a price on your head so large every bounty hunter in the galaxy will be looking for you.” – Greedo

According to Collins Dictionary, a bounty hunter is ‘someone who tries to find or kill someone in order to get the reward that has been offered’. In the Star Wars universe, bounty hunters are a slick operation, sometimes teaming together as part of a larger mission or to track down dangerous targets.

A bounty in the late 13th-century was defined as a gift or reward, a favour bestowed freely in recognition of chivalry or valour. By the 17th-century, it extended its definition to a reward for killing or capturing an enemy or a particularly dangerous animal.

Bounty hunter as a blend word is first recorded in 1893, in reference to wild animals, which is presumably why the ‘hunter’, often used in reference to hunting animals for food or sport, was added.

“Once more the Sith will rule the galaxy, and we shall have peace.” – Darth Sidious

The primary antagonists in this epic space opera, Siths have had a deep-rooted desire to control the galaxy for the best part of one thousand years or so. In the films, they are depicted as an ancient monastic and academic organisation of unnaturally talented warriors, and the enemies of the selfless Jedis.

We had to dig deep into the dictionary for this one, as Sith doesn’t actually appear in the main Collins English Dictionary in the context required. It’s possible Sith is rooted in the Irish aes sídhe – often spelled ‘sith’ – a supernatural race in Gaelic mythology occasionally prone to evil and mischief.