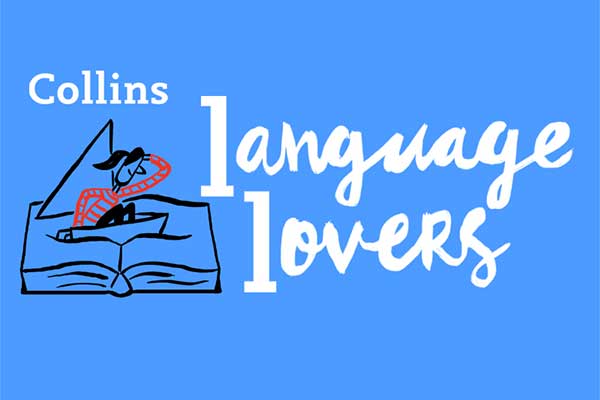 Brush up on your Latin this Back to School

The UK Education Secretary of State, Gavin Williamson, has recently decreed that as part of the government’s strategy to level up, funds will be devoted to a pilot study into teaching Latin in state schools. The proposal has attracted some mild support from commentators and rather more vituperative derision, according to which part of the political spectrum the commentator occupies.

Accordingly, Collins asked me to write about Latin words/phrases used in English. And no sooner had I started mulling that (over) than I came across mea culpa in an unexpected place – from the lips of a character in the BBC radio soap The Archers: ‘I haven’t got time for your latest mea culpa.’ Meaning ‘by my fault’ in Latin, the phrase is a posh way of saying ‘I’m sorry.’

But why on earth would we use it in English? Because it comes from a centuries-old Christian tradition, specifically, from the prayer of confession in the (Roman Catholic) Latin Mass, the Confiteor (‘I confess’). Remember that until the mid-1960s, Mass in RC churches was conducted in Latin.

Actually, mea culpa strikes me as a Latin tag we use less than several others. When I started to ponder them, a whole nexus tumbled out. Some, I’m sure, we don’t even think of as Latin, unlike mea culpa.

Take referendum, from referre, ‘to refer’. Its alternative plural referenda reveals its Latin pedigree and relates it to other common –um words: addendum, memorandum. It’s deceptive, though: despite being based accurately on Latin grammar, it was actually brought into use in the nineteenth century to talk about Swiss referendums(a). And talking of us moderns inventing words that pretend Julius Cæsar might have used them, neverendum is an amusing example. All these –um words conform to the same Latin part of speech, the gerund, which gives English a modus vivendi, literally ‘a way of living’ but more specifically an accommodation between people of different views, and modus operandi, a ‘way of operating’, shortened in police and crime fiction parlance to MO. (Their gerunds are vivendum and operandum and in these phrases are in the genitive.)

Another phrase with the same –um ending (though grammatically different) is ad infinitum, literally ‘to infinity’. Jonathan Swift (Vixit MDCLXVII–MDCCXLV)*, he of Gulliver’s Travels, used it in his satirical poem ‘On Poetry, a Rhapsody’:

So, naturalists observe, a flea
Has smaller fleas that on him prey;
And these have smaller still to bite ’em;
And so proceed ad infinitum.

where Swift’s rhyming ‘bite ’em’ with ‘-initum’ is surely a source of mirth for many a reader.

Incidentally, so marked is our propensity to think ‘-um means Latin’ that the phrase ad nauseam is often misspelled ad nauseum. The reason is that the last syllable can be pronounced as in museum, i.e. with a schwa, as well as like I ‘am’. Think nausea, and you will avoid that mistake. Similarly, the cod Latin nil carborundum, ‘Don’t let them grind you down’, plays to that same idea.

Another word so naturalised that you probably don’t think of it as Latin is versus. Yes, it’s ‘pure’ Latin in the sense that it’s from the verb vertere, ‘to turn’, but in Classical Latin it was never a preposition at all. In English, it was originally used in law cases to separate the parties to a dispute, e.g. Smith versus Jones. Many of our current Latin tags come from law. For instance, thinking of prepositions, de jure and de facto (‘in law, legally’ and ‘in fact’) both use the Latin dē (‘of; about, concerning’) which has given rise to the ubiquitous modern Romance de or di, as in French and Spanish, and Italian, respectively.

Another well-known originally legal phrase is caveat emptor, ‘(let the) buyer beware’. Then there is alibi, literally, ‘elsewhere’. We pronounce the last syllable to rhyme with ‘my’, whereas other languages – French, Italian, German, Danish, etc. – pronounce it in a way Cæsar might just about recognise: alleyBEE. Finally, also from legal Latin is innuendo, which means ‘by hinting’ and is the ablative of innuendum, the gerund of innuere, ‘to convey by a nod’. In English legal documents it originally signified ‘to wit, namely’ to specify to what or whom the writer referred earlier.

Studying Latin may be a minority pursuit, but its influence on English is incalculable. In fact, ‘incalculable’ is not literally true. Analysis of the numbers of loanwords in English shows Latin to be far and away the biggest single ‘lender’, as it were.

I hope you noticed (and weren’t fazed by) the underlined words in the first paragraph. Excluding the name ‘Gavin Williamson’, if you count the words in that paragraph, you will get a total of 54. Some words, however, repeat: ‘to’ appears three times, ‘the’, five times, and so forth. Allowing for repetitions, there are 42 distinct words: no fewer than 23 of those are from Latin, either directly, e.g. education; or via French or Old French, e.g. state; or they were formed in English on the basis of Latin words, e.g. proposal. I’ve also underlined the odd word from Latin here and there elsewhere in this post. And, incidentally, that paragraph is just as it came out; I didn’t deliberately make it Latinate. That it is so, is a feature of the more formal registers of English.

Some acquaintance with Latin can thus, arguably, enhance one’s awareness and enjoyment of English. That apart, several arguments in favour of its study suggest themselves, inter alia: access to a major world literature; reading historical documents written in Latin; an understanding of grammatical features like case, which could help demystify, say, learning German or Russian, or the subjunctive; and facilitating the study of Romance languages, Latin’s descendants. Someone commenting on the Education Secretary’s announcement even suggested studying Latin was a good preparation for coding computer programs. And at the very least, learning Roman numbers means you can work out from Latin inscriptions when a building was built or someone’s birth and death dates. Nil desperandum, I always say (which is a gerundive, not a gerund).

PS: If you’re really keen, why not take any of these paragraphs and work out, by consulting Collins Dictionary online, which words are, by one route or another, from Latin?