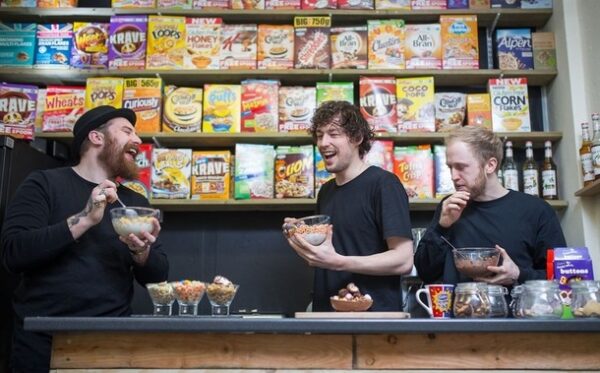 The start of September looked quite serious, with breaking news of a kill list (a list of high-profile targets) for drone attacks against ISIS. And as the migration crisis continued, August’s “ring of steel” was joined by Fortress Europe, a reference to border closings and other measures to curb immigration taken by countries like Hungary.

Then a little thing called PigGate (a.k.a #Hameron or #baeofpigs) happened. By now there’s not much more to say about it; for more commentary, check out Lucy Mangan’s latest post. And if you really don’t know anything about it all, well, count yourself among the lucky ones. I will say that the #baeofpigs hashtag was especially modern, making use of the slang word ‘bae’ (short for “baby” and indicating one’s significant other) to rhyme with the infamous Bay of Pigs incident that brought US President Kennedy into disrepute – though for a very different reason.

But while the whole of the internet was seemingly focused on pig puns, a few less porcine words tagged along with this story. Cameron’s alleged misconduct is said to have occurred at a party held by the Piers Gaveston Society, an Oxford dining club named after Edward II’s friend and supposed lover. It’s surprising that “dining club” (an exclusive social club which meets regularly for dinner, especially one based at Oxbridge) isn’t already in the dictionary, considering Cameron’s membership in the famous Bullingdon Club is well-known.

At the other end of the spectrum, September saw the left-wing candidate Jeremy Corbyn prevail in the Labour Leadership contest, prompting his opponents in the more moderate PLP (Parliamentary Labour Party) to brand his (very numerous) supporters in the local branches as Corbynistas. This is a disparaging reference to the term Sandinista, and possibly to the Clash album of the same name. But as the end of September saw the Labour Conference in full swing, talk swiftly turned to Corbynomics, a key feature of which is People’s QE or quantitative easing for people, which differs from the other kind of QE in that the money is printed by state-owned banks and invested in public infrastructure.

It’s not very likely that any People’s QE funds would go towards financing something like a cereal café. If you didn’t already know, there’s a type of café in London that only serves cereal: cold breakfast cereal and milk, just like you have in your kitchen for free every morning. The UK’s first and only one of these, Cereal Killer, has become the target of protesters opposing gentrification (the influx of middle-class people and businesses into a traditionally working-class area). To be fair, the protesters and the residents of Shoreditch have nothing in particular against eating cereal at 10 o’clock at night. The issue, rather, is that gentrification drives up house prices, preventing many people from living in their own neighborhoods. Whether this justifies plastering a local business in paint and corn flakes is a matter for fuller debate elsewhere.