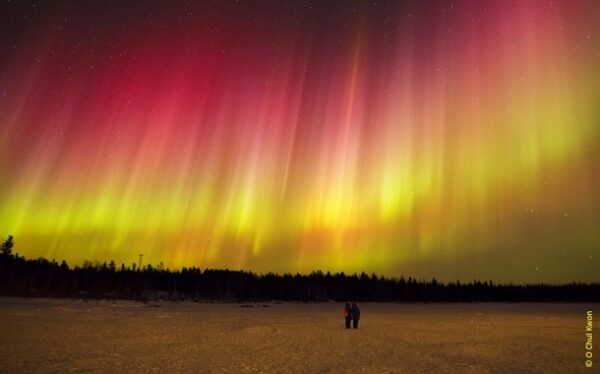 It’s Written in the Stars: Explore the Universe in 20 Words

Stargazers everywhere looked to the skies during the early hours of Monday 28th September to catch the Total Lunar Eclipse, as the moon passed completely through the Earth’s dark shadow and became a blood red colour. 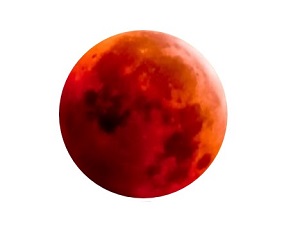 To celebrate this beautiful phenomenon, and the publication of his 2016 Guide to the Night Sky, author Storm Dunlop reveals his top 20 astronomy words, all of which feature in the book. 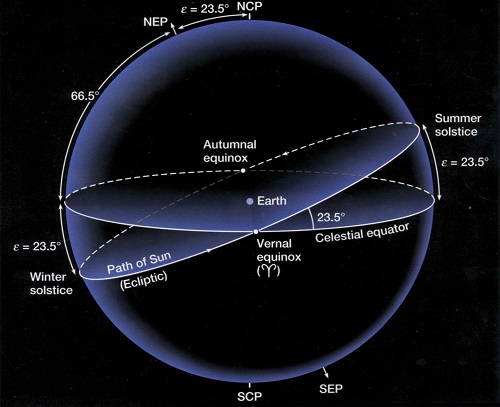 An equivalent great circle, opposite points of which pass through the Tropics of Cancer and Capricorn, on the terrestrial globe. 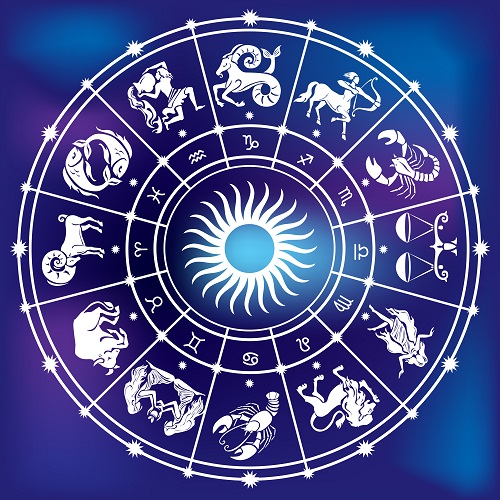 An imaginary belt extending 8° either side of the ecliptic, which contains the 12 zodiacal constellations and within which the moon and planets appear to move. It is divided into 12 equal areas, called signs of the zodiac, each named after the constellation which once lay in it.

The point on the celestial sphere vertically above an observer. 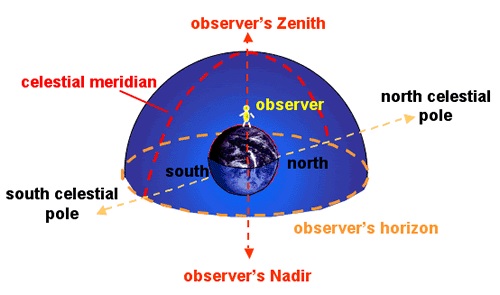 The point on the celestial sphere directly below an observer and diametrically opposite the zenith. 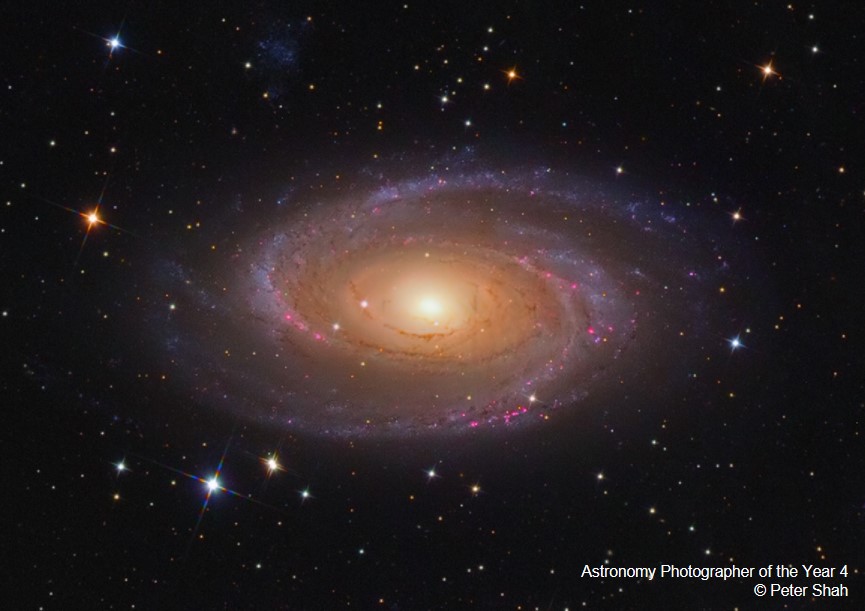 Any of a vast number of star systems held together by gravitational attraction in an asymmetric shape (an irregular galaxy) or, more usually, in a symmetrical shape (a regular galaxy), which is either a spiral or an ellipse. 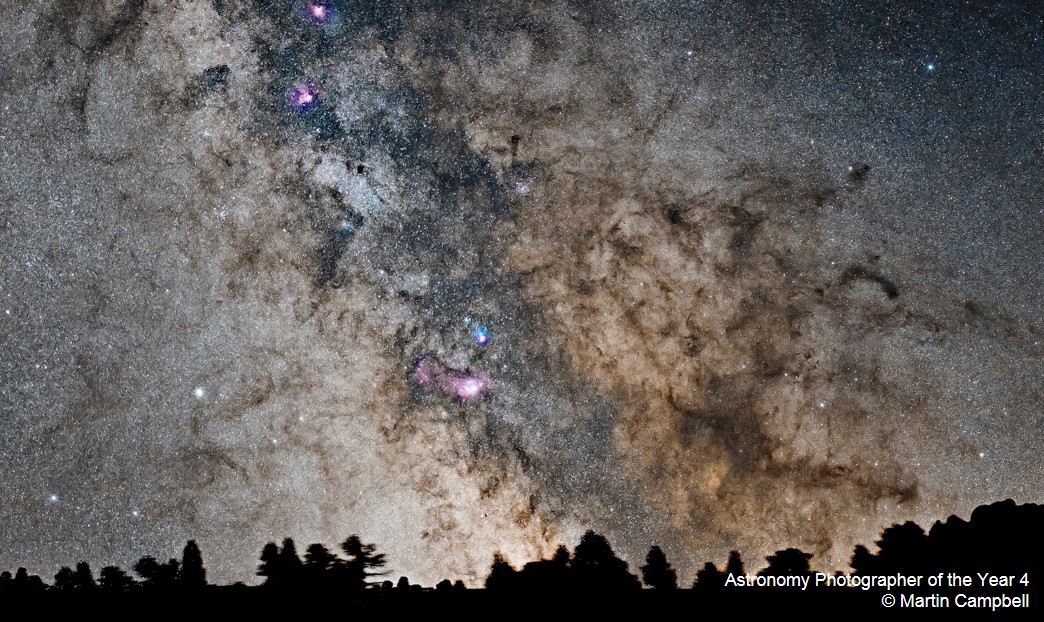 The diffuse band of light stretching across the night sky that consists of millions of faint stars, nebulae, etc, within our Galaxy. 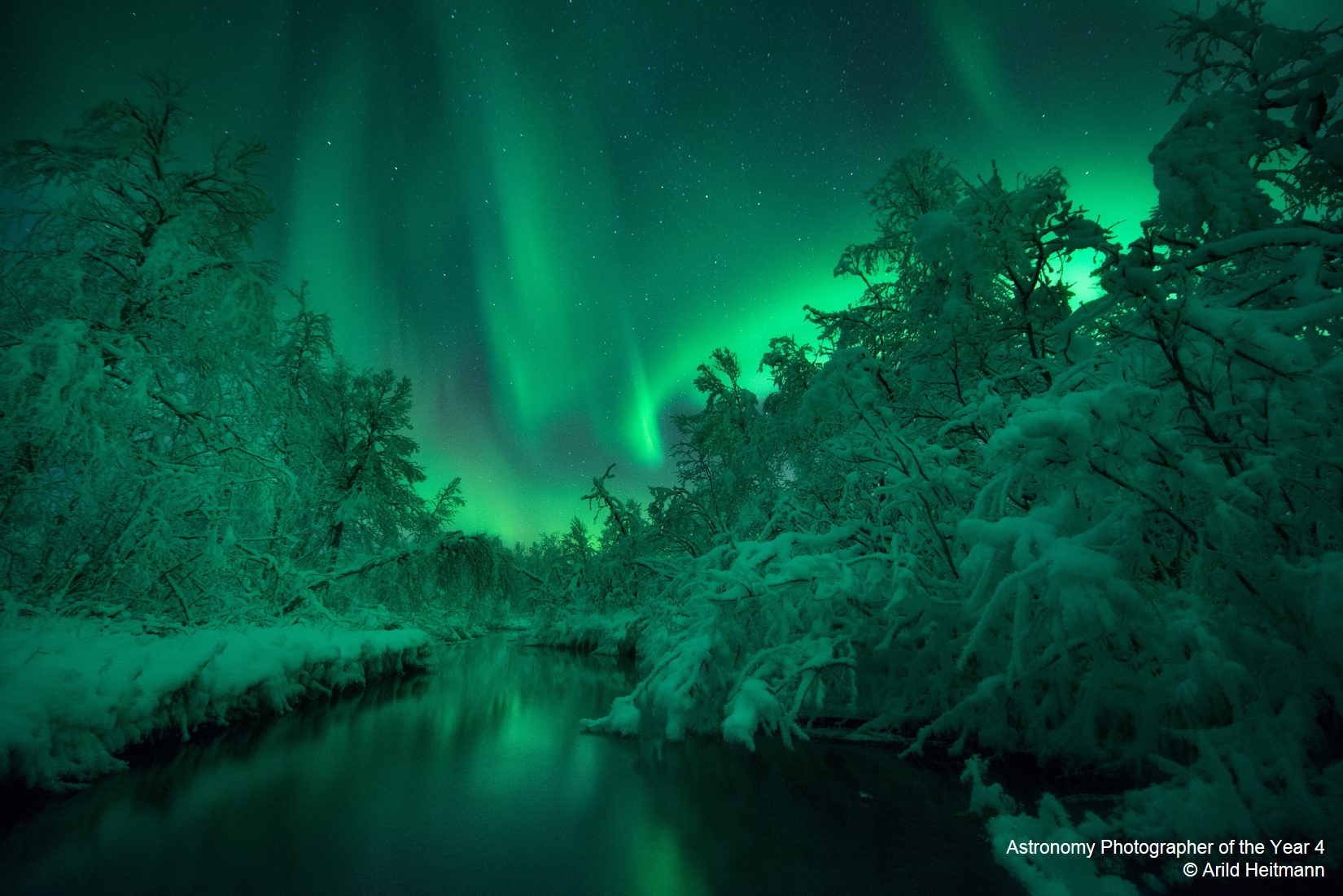 An atmospheric phenomenon consisting of bands, curtains, or streamers of light, usually green, red, or yellow, that move across the sky in polar regions. It is caused by collisions between air molecules and charged particles from the sun that are trapped in the earth’s magnetic field. 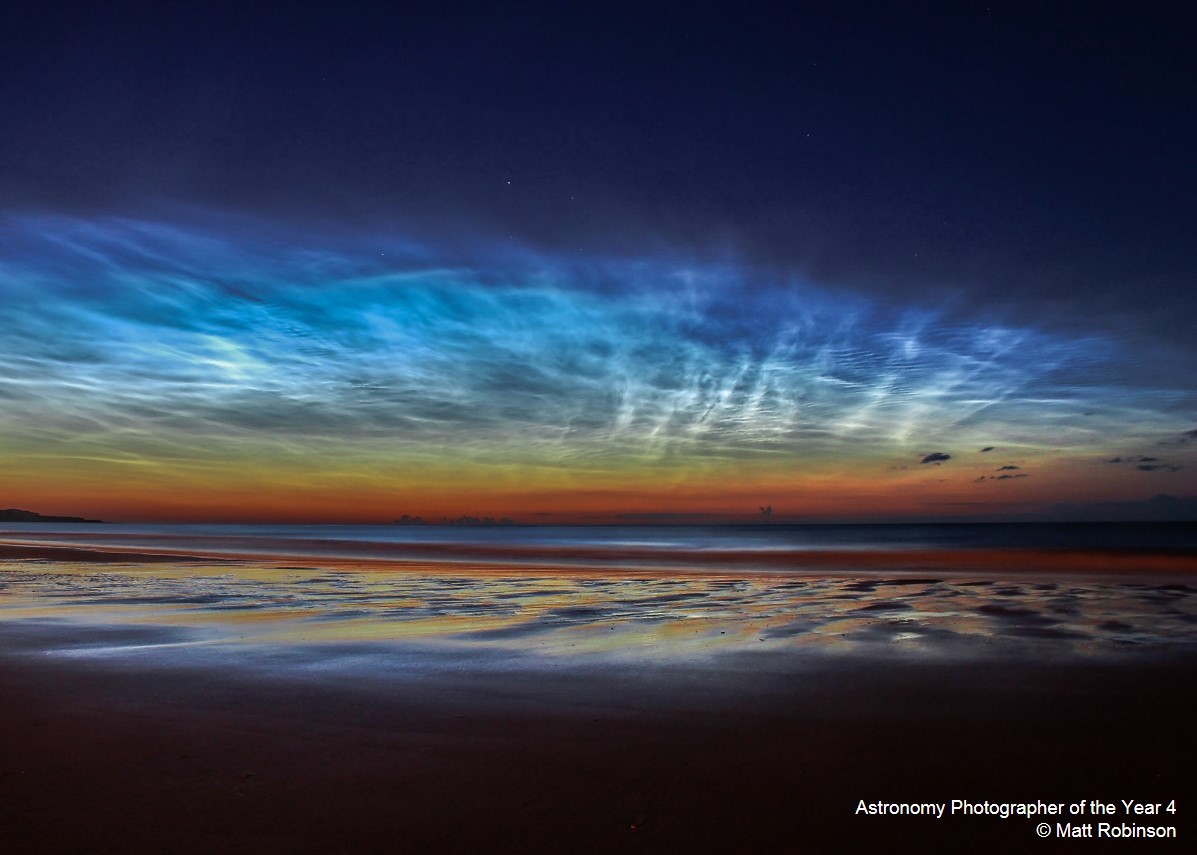 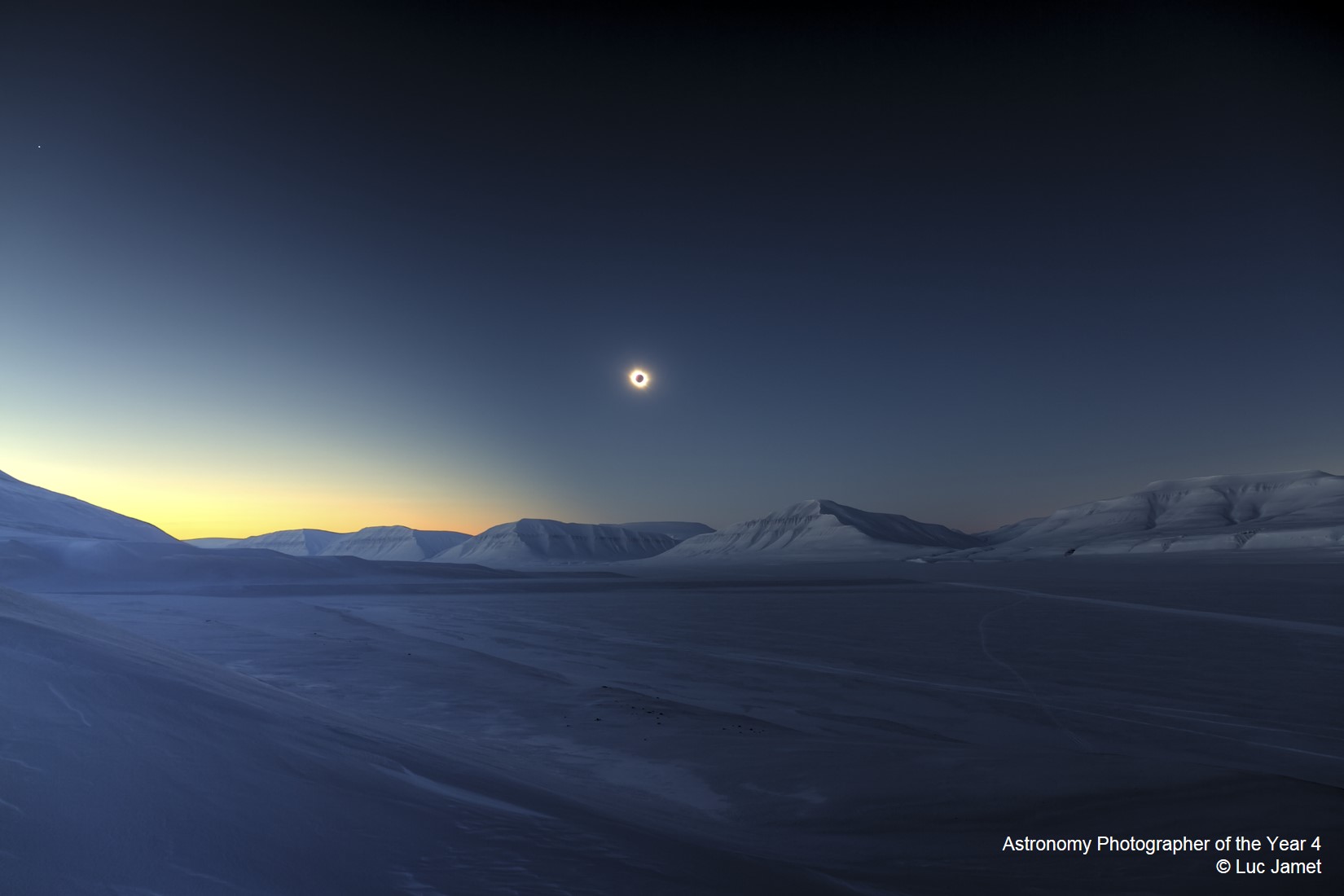 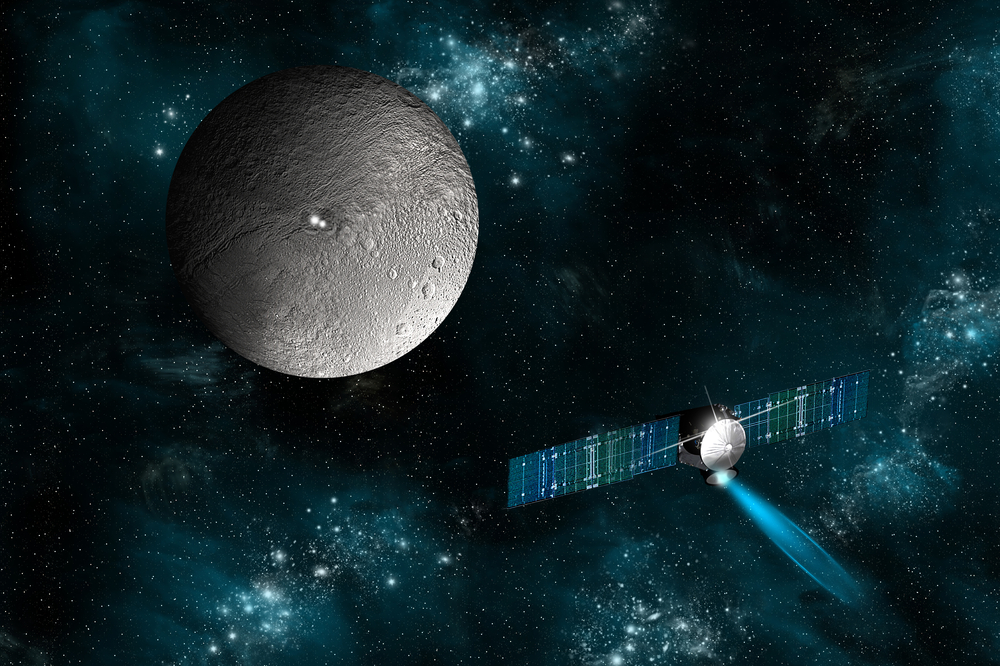 The smallest dwarf planet in the solar system, located in the asteroid belt. It has a diameter of 930 kilometres. 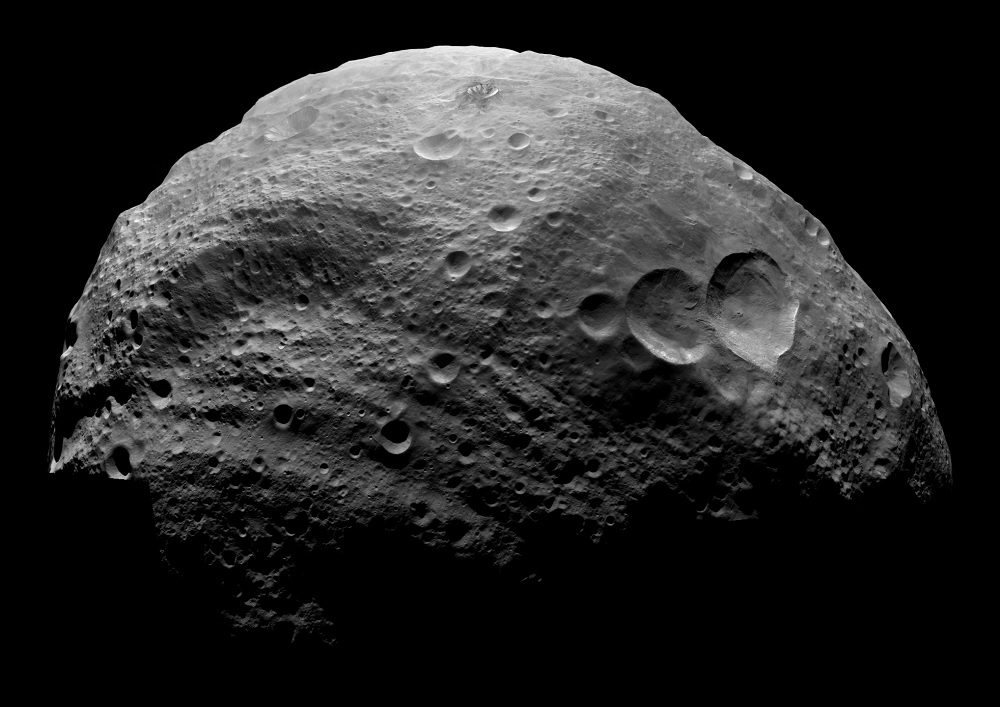 The brightest of the four largest asteroids. Diameter: about 530 km (240 miles). 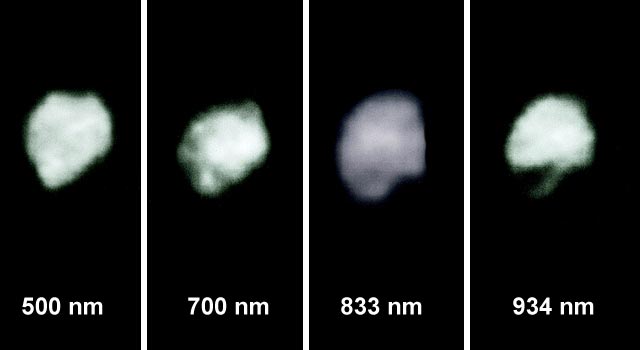 The fourth largest known asteroid (approximate diameter 240 kilometres) and one of the four brightest. 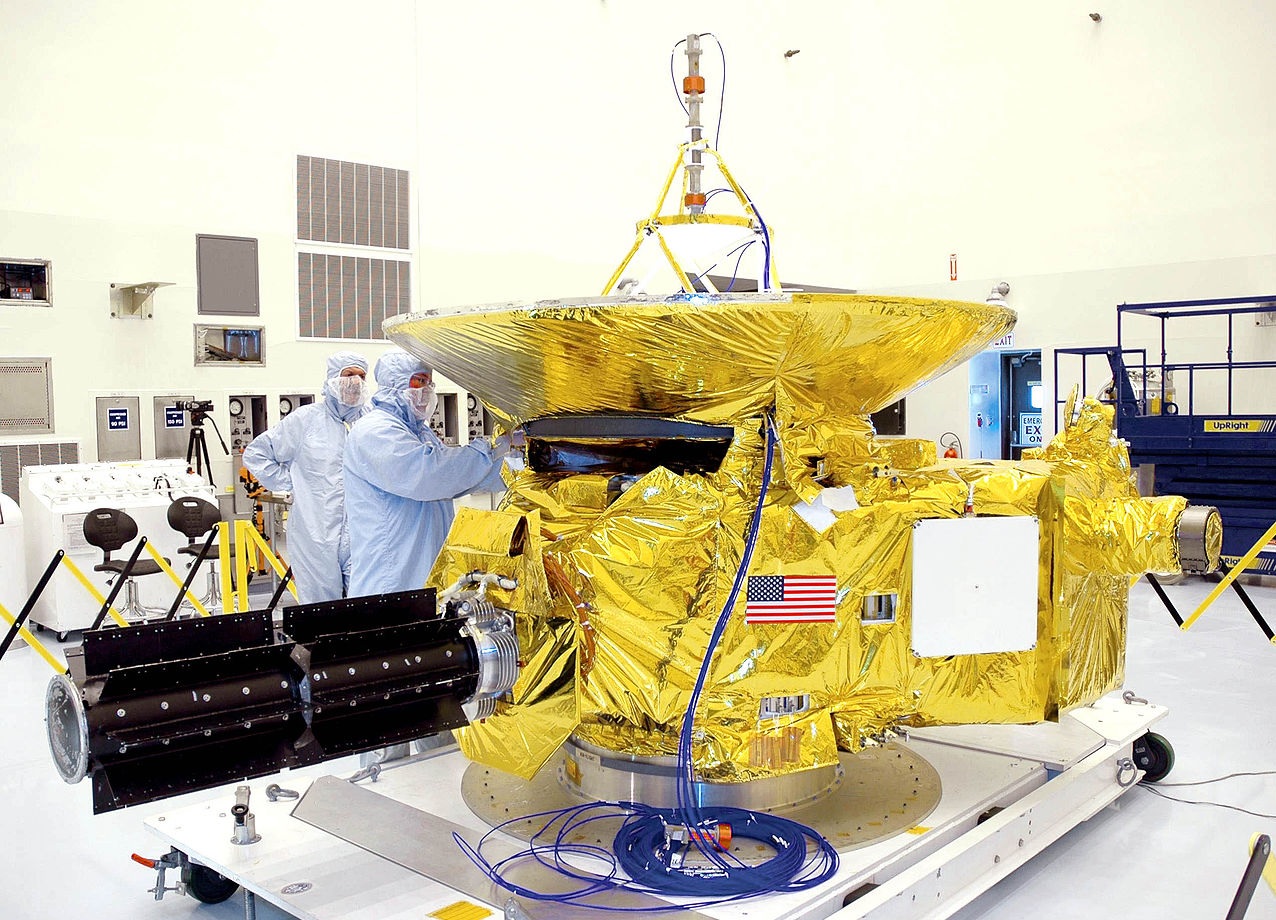 The name of the probe that flew past the dwarf planet Pluto during the summer and conducted a 6-month flyby study of the planet and its moons. 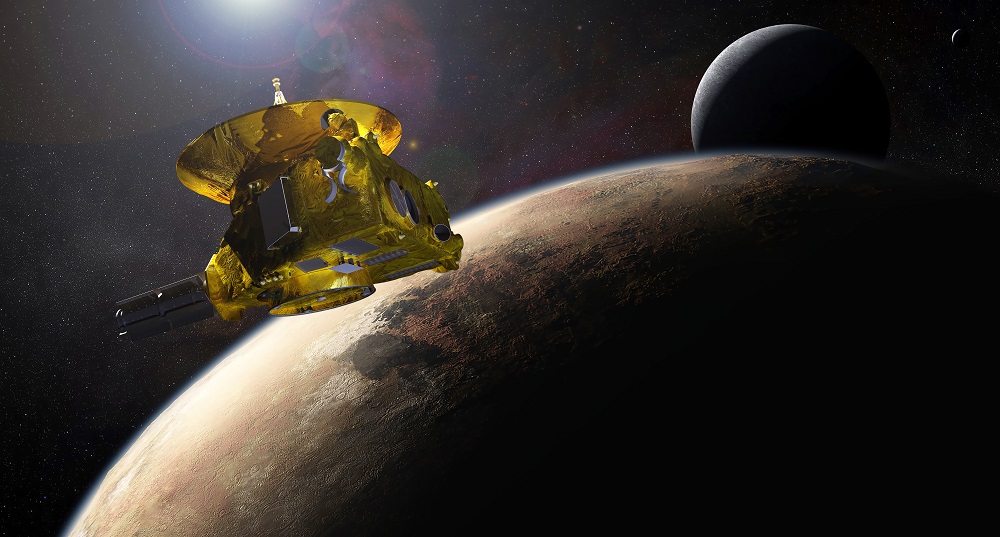 The second-largest dwarf planet in the solar system, located in the Kuiper belt; discovered in 1930 by Clyde Tombaugh (1906–97); classified as a planet until 2006, when it was reclassified as a dwarf planet. It has a diameter of 2390 kilometres. 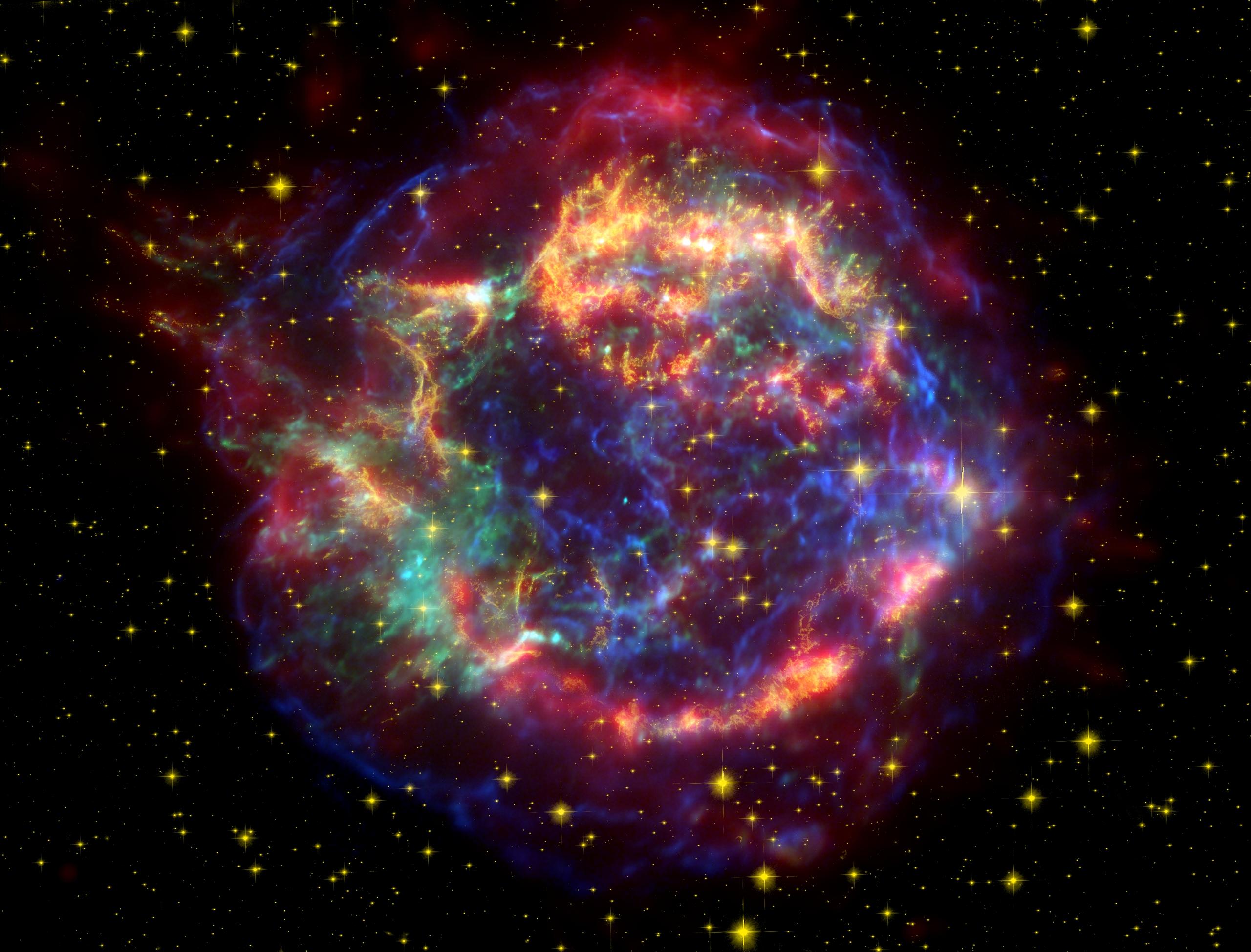 A very conspicuous W-shaped constellation near the Pole Star. Cassiopeia A is a very strong radio and X-ray source, identified as the remnant of a supernova thought to have occurred in the late 17th century. 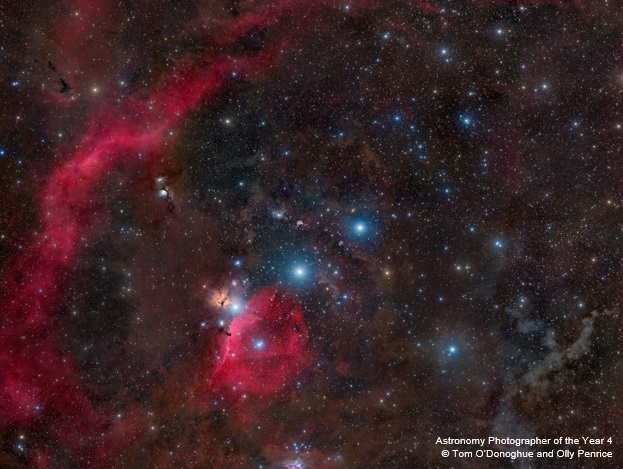 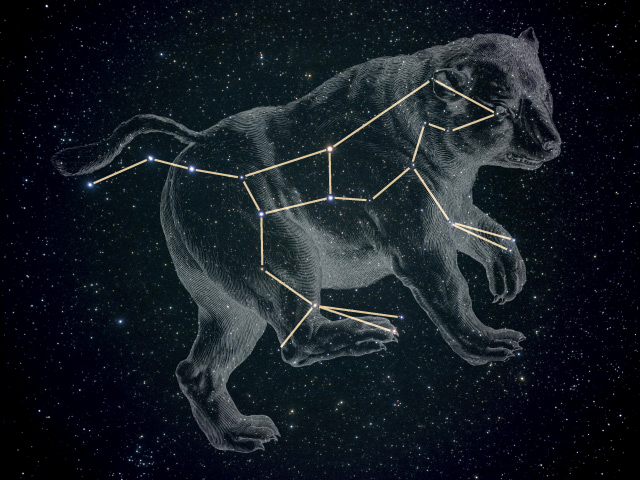 An extensive conspicuous constellation in the Northern hemisphere, visible north of latitude 40°. The seven brightest stars form the Plough. A line through the two brightest stars points to the Pole Star lying in Ursa Minor. It’s also referred to as the Great Bear or the Bear. 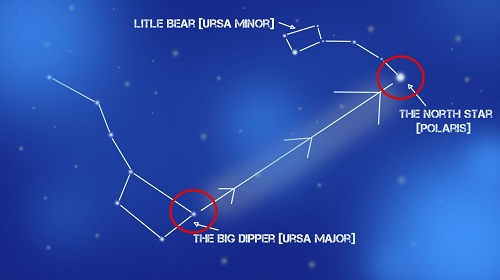 The brightest star in the constellation Ursa Minor, situated slightly less than 1° from the north celestial pole. It is a Cepheid variable, with a period of four days. Visual magnitude: 2.08–2.17; spectral type: F8Ib. It’s also referred to as the Pole Star or the North Star. 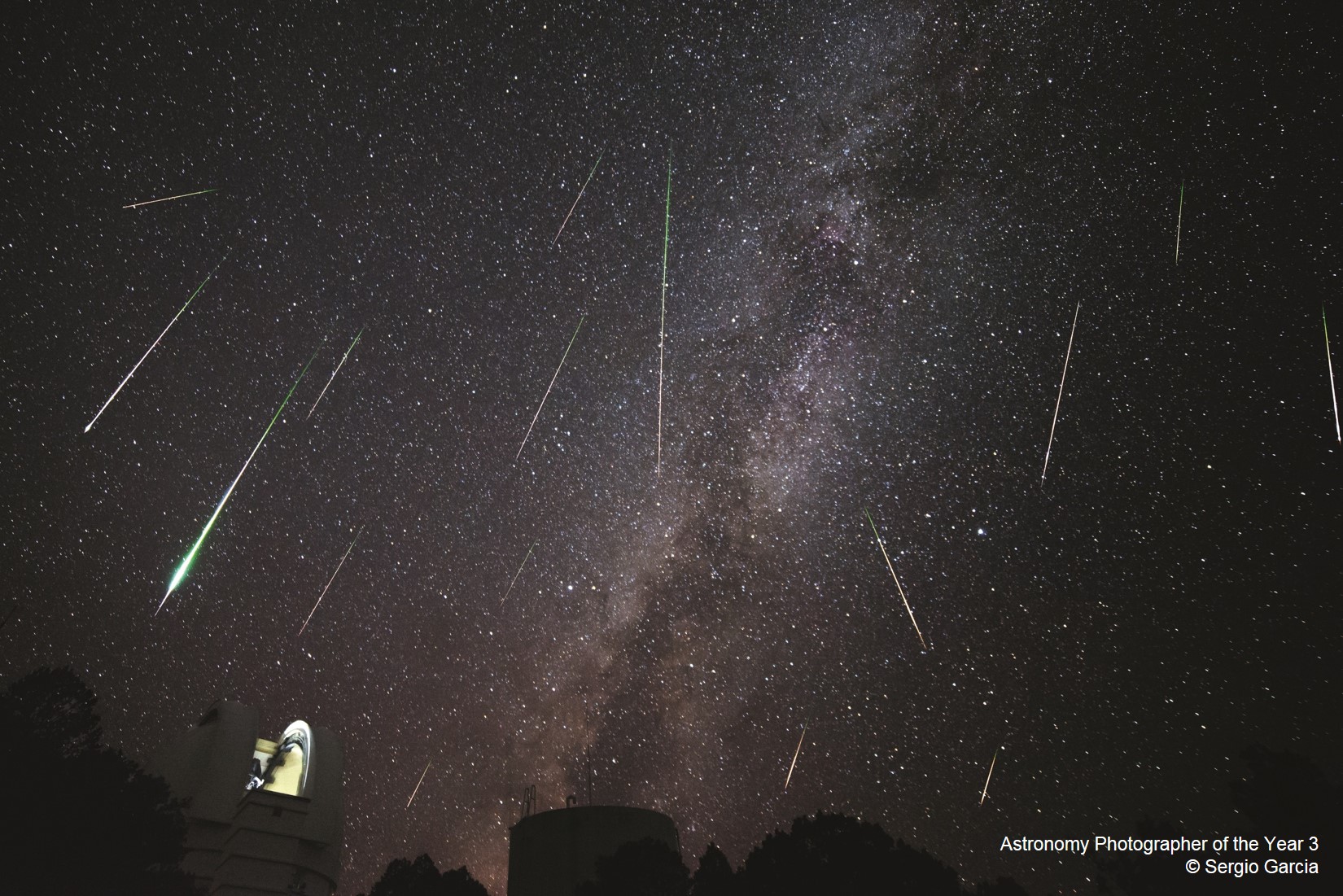 Any member of a meteor shower occurring annually around August 12th and appearing to radiate from a point in the constellation Perseus. 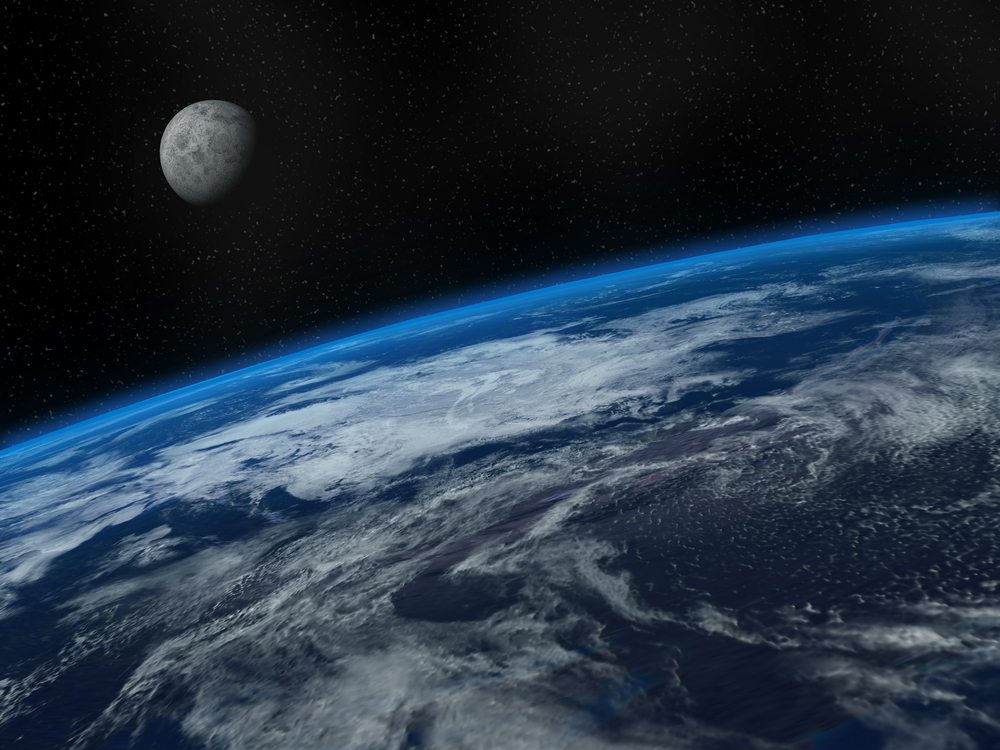 The point in its orbit around the earth when the moon or an artificial satellite is at its greatest distance from the earth.

2016 Guide to the Night Sky by Storm Dunlop and Wil Tirion is out now.
Buy the book here.

Many of the images in this article are from Astronomy Photographer of the Year Collection 4, out 5th November.
Order the book here.