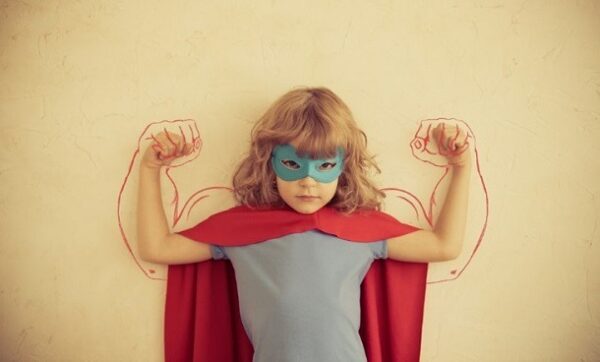 Happy International Women’s Day (on Sunday)! Or Happy International Wimmin’s Day, if you are either a) one of the tiny minority of radical second wave feminists who adopted the aberrant spelling as a means of protesting against the word’s apparent derivation from ‘men’, thus mimicking and enshrining women’s supposed derivation from man, via that rib of Adam’s, and imputing inferiority or b) one of the much more plentiful people who abhor the feminist movement and have adopted and propagated the daft spelling ever since in an attempt to prove and ridicule the humourless overkill employed by the crazy bra-burners and who traditionally spend IWD feeling something between narked and baffled by the whole thing.

The language of feminists and feminism has always, like the language of any political movement, been a battleground. Sometimes there are fights over individual words – what does it mean if you refer to a grown-up female person as a “girl” instead of a “woman”? Are you being polite, chivalrous or (consciously or unconsciously) belittling? If you call a roomful of men and women “guys”, are you being exclusionary or are those who object being oversensitive? In my own not-all-that-long lifetime I’ve witnessed the fight between “chair”, “chairman” and “chairperson” be won by “chair” which now sits quite comfortably with most. “Firefighter” instead of “fireman”, “police officer” instead of “policeman” have also become default settings after being much mocked at their inception.

Gender-neutral pronouns are proving trickier but again the war against “he” being used to describe any unnamed person seems to be being won, as opposition to the grammatical solecism of using “their” with a singular antecedent falls away – mostly, I suspect, because fewer and fewer people are aware that it is a solecism rather than because more and more people are having their feminist consciousnesses raised, but I reckon it counts as a win however you get there.

Current controversies are swirling around more recent introductions. “Intersectionality” is having a tough time of it. It means trying to remember and acknowledge that one size of feminism cannot fit all because, what with women being people and everything, they will all have different needs which will be affected by other factors – class, race, disability etc – as well as simply gender. But it gives off a whiff of painful earnestness that delights wimmin-haters (or, I suppose we could call them “wimmin”-lovers), so it is taking some time to bed in, although I hope and expect it will in the end. “Privilege” (as in “check your…”) is a more punchy way of saying the same thing – remember that your thoughts/opinions/brand of activism might be more coloured than you realise by the advantages life, family and fortune have bestowed on you – and suffers similarly. And “cis” – Latin for “on the side of” – describes someone whose biological gender is the gender they (hey, there I go with my modern grammatical mismatching!) feel themselves inwardly to be to, in contrast to “trans” (Latin for “on the other side of”) people. This is taking far more flack, partly because it is very new, as trans-rights are still in their infancy compared to women’s rights, and partly because there is a lot of disagreement amongst feminists themselves about where trans-rights should stand within the movement.

Where do you draw the linguistic line? Feminist and non-sexist language is part of political correctness and, as ever, one person’s PC-gone-mad is another person’s common politeness and in between we all make decisions on an ad hoc basis and hope that consensus will emerge soon and we can all relax and go back to only insulting people deliberately.

I work on the basis that organic change is best – what a lovely world it would be if “chair”, “firefighter” and “policeman” had disappeared naturally, simply because they were no longer accurate; because they sounded nuts in a world where female leaders and women running about doing brave and amazing things in uniform were so prevalent and obvious. But it doesn’t follow that using language to lead thought rather than the other way round is bad. Deliberately changing a usage before reality has quite necessitated it can remind us of ideals and be another prop of and spur to progress, mental and eventually, therefore – one hopes – actual.

Anyway, I mustn’t stand around gabbing all day – I’ve some privilege in intersectionality sauce in the oven I must check. A cis-woman’s work is never done, girls, never done!