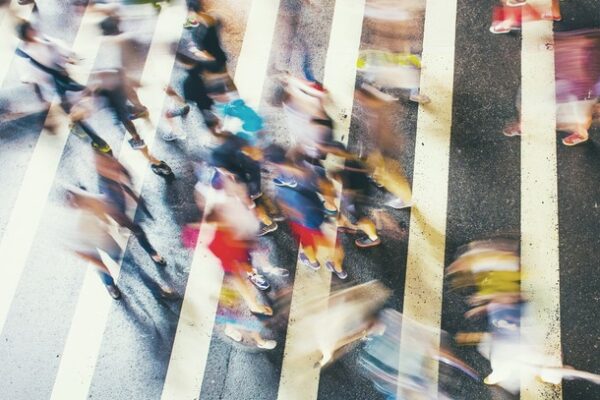 Well, this week’s submissions have been a series of shocks and misdirections and no mistake, yer little monkeys!

First was “nanwar” which was submitted, unusually, by the good people manning BBCStore’s Twitter account. For a few terrible moments I thought it was an announcement for a new show. “Nanwars! 7pm Saturdays. Benedict Cumberbatch’s mum is pitted against ordinary nans who must fight to see who gets to give the most sweets to the only grandchild in the studio!” But just before I started shouting about what the blinking flip I paid my licence fee for if this was what the venerable Beeb had come to, I realised my error. “Nanwar” refers to the Eastenders couple Nancy Carter and Tamwar Masood, the Brangelina – or, given that they have at time of going to press split up, maybe Bennifer – of Albert Square.

But for the avoidance of doubt – the Nanwars idea is mine. I am willing to take part in development talks with any interested parties. Especially Benedict Cumberbatch’s mum.

Then there was “subluxation” from verbena which I thought sounded lovely – a luxurious-ish vacation that was within the reach of ordinary people, I reckoned, and drew a notepad towards me to start taking down any suggested hotels and destinations. Turns out it actually means the partial dislocation of a joint, the very thought of which – somehow it is worse than the idea of a complete dislocation – makes me feel faint. I’ll be back when I’ve had a lie down.

Okay, I’m back, but only to face more confusion – namely “gastrique”, supplied by Claire. Unlike “subluxation”, which sounds great and totally isn’t, “gastrique” sounds terrible – stomach flu, stricken – but is in fact super; caramelised sugar deglazed with vinegar and added to sauces and stews for that delicious sauce-y, stewey flavour we all know and love in restaurants and can never quite produce at home. It was the gastrique technique we were missing all along…

Claire also provided “janky”, which was frankly a relief in its straightforwardness. It sounds like it means “bad quality” (“shonky” having paved the aural and neural way for us here, I suspect) and does in fact mean “bad quality”, particularly in connection with code or software.

AlJenko98 provides us with “pedestrian scramble”, which is a crossing like the one at Oxford Circus, where traffic gets suspended in all directions and pedestrians can cross any way they like, including diagonally. This system works until it doesn’t, and then it’s scrambled pedestrians everywhere and more subluxation than you can shake a stick at.

Finally, from an article by the wonderful Julie Bindel about companies who allow people time off to care for sick pets or mourn ones that have died (what a wonderful country we sometimes live in, that allows such grace notes) there comes “pawternity” or, if you prefer, “peternity” leave. I cannot decide whether I love the words or the concept more.

See you in a fortnight. Keep your brilliant contributions coming!