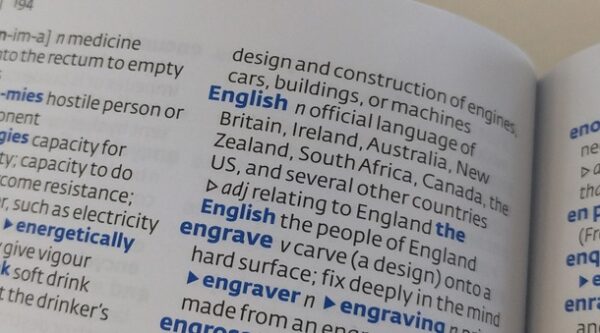 Potato/Potahto: a look at English across the pond

As the home language of an erstwhile globe-spanning empire, English has been exported nearly everywhere, and as the de facto official language of the most successful of the former British colonies, it continues to exert more influence around the world than any other tongue ever has. Traditionally, a friendly rivalry has existed between the two most prominent varieties: “English English” (the “proper” English of England) and American English. Most differences between the two are of pronunciation, but there are some famous – and often amusing – vocabulary differences as well.

In American English, for instance, fanny is an innocuous euphemism for one’s bottom. Thus a bum bag is called a fanny pack, to the hilarity and confusion of many British tourists. Similarly, pants are actually trousers in US English, so Americans will happily (and loudly) discuss them in public, perhaps even asking if a given pair of pants makes their fanny look big.

And the United States isn’t the only place where the language makes us giggle. Australians wearing thongs on the beach is, unsurprisingly, a common sight, but the thongs in question are actually flip-flops. (I’m sure they have plenty of the other kind of thongs too.)

But not all vocabulary differences are so risqué. When Americans say they’re pissed, they don’t mean drunk; they mean pissed off. Most people know that crisps are called chips in America, and that proper chips are called French fries. Perhaps less well-known is that biscuits are called cookies. American biscuits are baked rolls similar to scones. So don’t freak out if an American offers you “biscuits and gravy” for breakfast.

But perhaps one of the least discussed differences between US and UK English is the language of the toilet. Not only are the common British slang words for toilet, such as bog and loo, unknown in the US; Americans don’t even like to say toilet. Many people will have heard American tourists in cafes and restaurants asking where the bathroom is, as if they intend to take a bath (or the restroom, as if they need a nap). For American speakers, the word toilet always refers to the device itself, rather than the room that contains it, so they need a euphemism. (Canadians use washroom in the same way.) Interestingly, toilet is itself originally a euphemism. It comes from the French for “little towel”, and referred to a cloth used to wrap clothes and articles used in grooming (make-up, perfume, etc). “Make one’s toilet” simply meant “get dressed”, and silently included going to the toilet in the modern sense. However, the euphemism became so over-used, and so commonly understood to mean sitting on the porcelain throne, that it ceased to be a euphemism at all, requiring speakers to create new ones. And it’s not just Americans who are squeamish about the word toilet. Though it may be old-fashioned, there are still those in Britain who prefer to spend a penny.