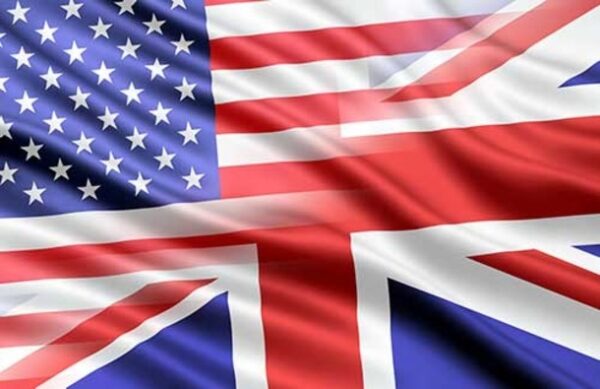 It is sometimes joked that the United Kingdom and the United States are two countries separated by a common language. Indeed, while the British and the Americans understand each other the vast majority of the time, there are still many important differences between UK and US English, which can lead to confusion or humorous misunderstandings.

The spelling differences first arose because at the time of the British colonization of North America, English spelling wasn’t yet fixed. Standardized spelling of English came about in the 18th century, after the American Colonies had already declared independence.

Further spelling differences came when Noah Webster (founder of Webster’s Dictionary) attempted to simplify English spellings in America. Many of his suggestions – like plow – took hold and became standard American spelling. Others – like tung (for “tongue”) – did not.

Below we have listed the main spelling differences that exist between British and American English.

Many words that come from Ancient Greek have an –ae– in British English but only –e- in US English. Most of these words are scientific, medical, or technical words.

Many nouns that end in –ence in British English end in –ense in the US. UK English only uses –ense for the corresponding verb; for example, you can license someone to do something, after which they hold a licence to do it.

On both sides of the Atlantic, English is famous for the “silent” –e at the end of many words. Where both American and British English have this, in words such as name, make, or have, it comes from an Old English inflection. But many final –e spellings come from French loanwords,where often the consonant before the final –e is doubled. American English tends to omit these in accordance with Noah Webster’s spelling reforms.

The words axe (UK) and ax (US) follow this pattern, though the word comes from Germanic (not French) roots. The word judgement (UK) and judgment (US) can also be taken as an example of this if we discard the suffix –ment.

Like –ae- above, British English preserves the –oe- digraph in words derived from the Classical languages, while US English has simplified it to –e-.

This is one of the more famous spelling differences between British and American English, and comes from French influence. Nearly all of these words originally come from Latin, and had the plain –or ending.

Like –our, the –re spelling originally comes from French. In the United States it was replaced with –er to better reflect American pronunciation.

By contrast, the –yze ending in words like analyze and paralyze is only acceptable in US English. In the UK you must use analyse and paralyse.

Many American spellings do owe their existence to Noah Webster’s spelling reforms, which sought to simplify spelling and bring it closer to common American pronunciation.

Of course, thanks to the impact of globalised media and the internet, the lines are becoming increasingly blurred for many. In fact, you could argue that both varieties of English are being overtaken by textspeak which has no boundaries…