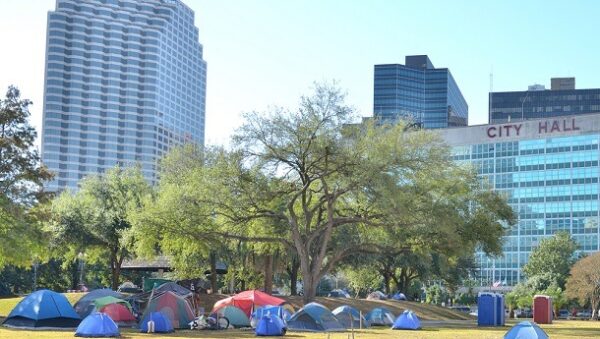 What does Lucy Mangan think of the ‘tarpaulin revolution’, ‘wig warmers’ and ‘bulletproof coffee’?

2014 has been the year of – as RobertG submits – the “tarpaulin revolution“. This refers of course to the likes of Occupy Wall Street and other similar, splinter (shred?) groups that have sprung up over the months on both sides of the Atlantic to protest against various forms of inequality, state-sponsored fraud and unpunished criminal deeds too numerous to list. Now, obviously, DOWN WITH THIS SORT OF THING and all that, and good on everyone involved but I’m afraid it’s still not yet far enough along the road to civilised protest for me to get actively involved. Call me when there’s a Fully-Plumbed and Catered Revolution and we’ll talk.

Peter.sotropa.5 has broken my brain by requiring me to try and get to grips with “panemone.” A panemone windmill has a vertical axis wind turbine and uses the wind’s drag to create energy rather than the wind’s thrust as windmills with horizontal axis wind turbines do. I have spent hours labouring over detailed descriptions and diagrams in order to produce that single sentence and I still cannot vouch for its accuracy. I sort of understand what must be going on. I can see that if you turn a thing one way or the other and the wind is going the same way each time, then you must be exploiting a different advantage each time. But further than that I cannot go. I shall file it in the same overstuffed compartment of my brain that stores my partial comprehension of, amongst other things, why the moon waxes and wanes, the difference between weight and mass and what the iCloud is.

I prefer to wrestle with the kind of questions thrown up by Careypoetess’s contribution “wig warmer”, meaning “hat”. Namely – does a wig need warming? Is it not in fact a warmer – of a bald and otherwise goosepimpled scalp – itself? Even if we grant that “wig” is being used as a more pleasingly alliterative euphemism for “hair”, do such questions not still stand? And if you’ve got to translate a part of a jolly joke phrase before you get to the joke itself, doesn’t that de-jollify it quite markedly? Or should I get out more. No answers on postcards, please.

An “ergocoach” is, apparently, a person who coaches others in good ergonomic practice. It was submitted by ergodude, who has just possibly a vested interest in spreading the word.

And finally, as the tide of 2014 recedes to leave us all a year older and flapping, hopelessly stranded and no wiser on the beaches of time, our final word of the year comes from Tommy. He gives us “Paleo coffee” (also known as “bulletproof coffee“). Which is coffee mixed with butter and MCT (or coconut) oil. From reading various accounts of people who have actually ingested this I must reluctantly conclude that it sounds like another of those practices that, like sex and shopping, are more fun in theory than in practice.

Have a splendiferous Christmas everyone, and an oily-coffee-free new year. See you in 2015.