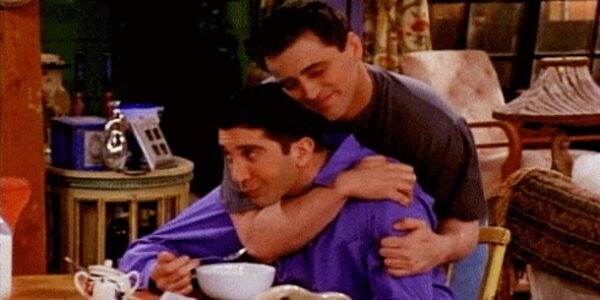 I’ve been pondering stanb’s submission – micrub – for some time now. According to him, it means a brief, affectionate little hug. In which case, of course, it should be “micrug”. Micrub is not a typo, however, because he’s used it repeatedly in his submission. And somehow, it’s right. “Micrub” – for me at least – works better than “micrug”. Micrug sounds like a beer or, you know, something to do with a rug. From “micrub”, I for some reason get more of a sense of “micro” and the “rub” puts me in mind of some friendly person rubbing my upper arms in a sort of…I don’t know…brief and affectionate little hug, I guess.

Am I mad? Is this just me? Answers on a postcard to the usual address, please.

It is all very, you might say – especially if you were crecycle, who contributed it – confuzzling, a nicely straightforward portmanteau of confusing and puzzling, which I can see coming in very handy in the pre-general election, Brexit-bound, Trumpocene weeks, months and years to come.

Another useful addition to our vocabularies for these difficult times might be mehdidelgir’s responsibilise – to make somebody responsible for something. Where to begin? I would like to responsibilise Gary Lineker with the refugee crisis, Sadiq Khan with the Labour party and Jack Reacher with everything else. JUST START CRACKING HEADS, JACK.

Dadvice, from flizz77, is another nice portmanteau, referring to the advice given by dads. I can offer none from my own. My father is a man who gives new depth to the phrase “taciturn northerner” and the only thing he has said to me over the past thirty years not directly related to an imminent health crisis or fish and chip order is, when I am moaning about something – “If we had some ham we could have ham and eggs, but we’ve no eggs.”

Fortunately, a quick Google or search of Twitter #Dadvice reveals a wealth of wisdom of a less gnomic sort with more immediately practical application. I like @LilHannahS’s paternal pearl very much; when she asked her father if she looked fat in her bathing suit, he replied “Keep drinking and you won’t care”. And @bricwoods’ dad’s unimprovable “Don’t sing in the car unless you have an agent.” Words to live by, my friends. Words to live by.

New contributor DurinsBane18 brings us fitna and liabla – meaning, respectively, “fixing to” (ie going to, intending to) and “liable to” (probably going to) – and “a suh dude”, meaning “What’s up, dude” (how’s it going, dude, or in Old English, hello.) All of a sudden I feel like Jenna Maroney in 30 Rock when she is hired to play the mother in a death scene with one of the starlets in a Gossip Girl-type series. “Don’t cry for me, Tartine. I’ve had a full life…But I’m 41 now. Time to die.”

Till next time, dudes, if I’m still around.