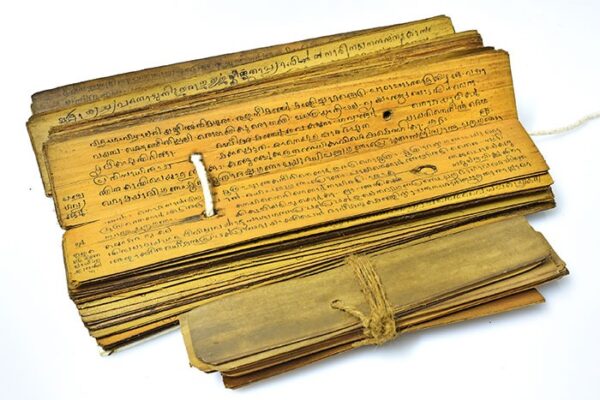 Sanskrit, unlike Latin, is still spoken to this day (although not by a huge number of people) but efforts are being made to increase its use as a spoken tongue. Many schools and universities teach Sanskrit, and anyone wanting to immerse themselves in the language can do so by reading India’s one daily newspaper published in Sanskrit or they can even listen to the news broadcast in Sanskrit on a state-run radio station.

Sanskrit: a language of religion and spirituality

Sanskrit is the language of contemplation in India and a number of words from Sanskrit relating to spirituality have passed into English. Some of those include:

avatar Hinduism the manifestation of a deity, notably Vishnu, in human, superhuman, or animal form.

This word from Sanskrit also has a modern sense in English where it can mean a movable image that represents a person in a virtual reality environment or in cyberspace.

Brahman a member of the highest or priestly caste in the Hindu caste system; Hinduism the ultimate and impersonal divine reality of the universe, from which all being originates and to which it returns.

buddha Buddhism a person who has achieved a state of perfect enlightenment; an image or picture of the Buddha.

guru a Hindu or Sikh religious teacher or leader, giving personal spiritual guidance to his disciples.

This word from Sanskrit also has a modern sense in English where it can mean a leading authority in a particular field, for example a business guru.

Juggernaut Hinduism a crude idol of Krishna worshipped at Puri and throughout Odisha and Bengal. At an annual festival the idol is wheeled through the town on a gigantic chariot and devotees are supposed to have formerly thrown themselves under the wheels.

This word from Sanskrit also has a modern sense in British English where it can mean a very large lorry for transporting goods by road.

nirvana final release from the cycle of reincarnation attained by extinction of all desires and individual existence, culminating (in Buddhism) in absolute blessedness, or (in Hinduism) in absorption into Brahman.
karma Hinduism, Buddhism the principle of retributive justice determining a person’s state of life and the state of his reincarnations as the effect of his past deeds.

This word from Sanskrit also has a modern sense in English where it can mean destiny or fate.

swastika a primitive religious symbol or ornament in the shape of a Greek cross, usually having the ends of the arms bent at right angles in either a clockwise or anticlockwise direction; this symbol with clockwise arms, officially adopted in 1935 as the emblem of Nazi Germany.

yoga a Hindu system of philosophy aiming at the mystical union of the self with the Supreme Being in a state of complete awareness and tranquillity through certain physical and mental exercises.
yogi a person who is a master of yoga.