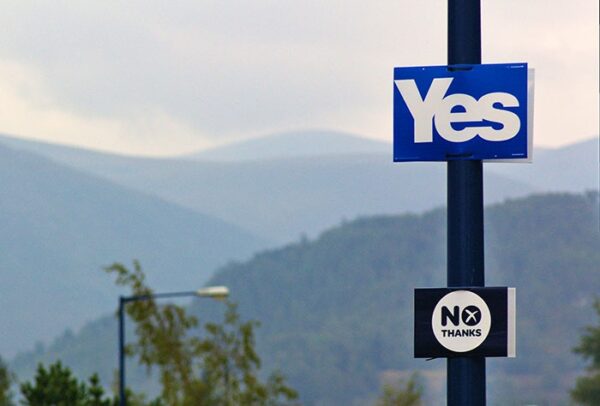 We’re a hotbed of topicality here today! Hold onto your hats-slash-tam-o’shanters for up first is “yesser” and “yessing“, submitted by jenniferbaird50 and referring to the practitioners and practice of persuading people to vote ‘Yes’ (short for ‘Yes, I do want an independent Scotland. Have ye no’ seen wha’s in charge of England the noo? They’ll aw be greetin’ before yon pasty-faced Sassenach’s done! Get yoursel’ doon tae Hadrian’s Wall and start shovelling – we cast off on the braw, bricht, moonlicht nicht of September 18!”) in the coming referendum. And “union troll” from moneill, which is apparently the moniker given by the aforementioned yessers to people who would prefer that their Caledonian compadres say “Nay” to the prospect and remain shackled to the good ship Britannia as she sinks slowly under the weight of her collapsing economy, despairing graduates, growing health and wealth inequalities and other determinedly unbuoyant features.

On a less political but still hella modern note, we have “branter”, contributed by Gavin and meaning – God help us all – banter between brands, usually via their official Twitter accounts. In the course of researching this, I was inadvertently exposed to its opposite portmanteau number – “tradvertising” (traditional advertising) so I’ll be back when I’ve had a Silkwood scrubdown and filed suit for damages against my employer. Although to make it really worthwhile, I suppose I’d better just deal with “groufie” (from wimbet) before I go, this week’s mandatory variant on the word “selfie” and referring to a posted picture of a group of pathological narcissists instead of just one.

I’m back. Let’s turn to something differently upsetting – “chloephobia”, submitted by Tommy, who gives its meaning as “irrational fear of newspapers”, wrongfooting all those of us who had posited fear of child stars of Kick Ass or of interchangeable umlauts and acute accents. I can’t work out what connection “chloe” has with newspapers. The name is one of the Greek goddess Demeter’s and means young green shoots or foliage, which I suppose you can link to dead tree products but it seems an unusually complex and tenuous way to go about things. Any thoughts, advice or alternatives on a postcard please…

Let us end on a more practical note, with MikeSpencer’s “microgrid”. I didn’t know exactly what it was at first BUT a) it turns out that it’s exactly what it sounds like – a miniature electricity grid (that can either work with others, if anyone’s got a big enough junction box or autonomously) which makes it b) more reliable and c) absolutely vital if you have like me read enough post-apocalyptic and/or zombie fiction over the past few months to be but one more episode of The Walking Dead away from all-out Doomsday prepping in your basement in a terrifying race against the imminent End Times. Wait – do you think that’s what the Scots are secretly doing? If the yessers succeed, will it be because they know something we don’t? Holy diesel generator, Batman! Meet you at Hadrian’s Wall, midnight, September 18. Don’t be late.