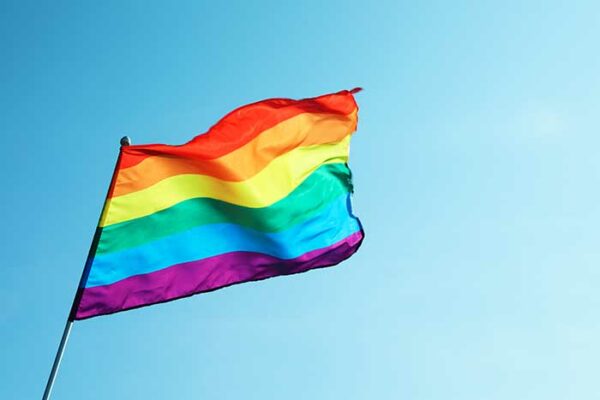 In the next two blog posts about the new edition of COBUILD English Usage, Julie Moore looks at some of the changes in language usage that emerged from research for the new edition. In this post, she explores how language shifts reflect changing ideas about gender and identity.

Traditionally, identify has been used predominantly as a transitive verb; you identify someone or something:

Police identified the man from CCTV images.
We correctly identified several of the plants.

Our survey of current usage for the new edition of COBUILD English Usage has shown that a new use has become widespread within the past 10 years; identify as something meaning to view yourself as a member of a particular group. The ‘something’ can describe an ethnic, cultural, religious or political group: identify as a feminist / liberal / Arab / Christian / atheist

Most markedly though, people identify as something in terms of their gender or sexuality, reflecting that this categorization is no longer seen by many as fixed or given, but a personal choice.

Teenagers who do not identify as male or female will be able to opt out.
Sam began identifying as a woman four years ago.

This and similar developments reflect the wider concerns of contemporary society in terms of how we see ourselves and how we view others, and a trend towards recognizing diversity and inclusion.

Gender, in particular, has seen a proliferation of new terms to describe a range, or spectrum, of possible gender identities including gender-neutral, gender-fluid and non-binary gender. New words have also emerged to distinguish these new identities from traditional concepts of binary gender or cisgender.

When it comes to sexuality, many people will be familiar with the LGBT acronym which has been used for many years to refer to the lesbian, gay, bisexual and transgender communities. This has been extended over recent years to encompass and recognize more groups; LGBT + Q (queer) + I (intersex) + A (asexual). There is sometimes also a + sign added at the end to recognize other possible groups.

In a more gender-fluid society though, the question of gendered pronouns still seems to remain unsettled. While there have been attempts to introduce new gender-neutral pronouns (such as ze or xe), our survey suggests that these remain somewhat limited in use, appearing mostly in discussions specifically about gender-neutral pronouns or within relatively small communities. More widespread is the use of they/them. They has long been used as a gender-neutral pronoun to refer to any person:

If anyone has any questions, they can ask me later.

It is now, however, becoming more commonly used to refer to a specific individual who identifies as gender-neutral:

Jo lives in London. They work in marketing.

All these possible new labels and uses can seem like something of a minefield for anyone who is unsure about the best way to address or refer to different groups of people. To get around this issue, another new trend has emerged for individuals to signal how they prefer to be addressed. An increasing number of people are showing their preferred pronouns as part of their social media profile (e.g. Jo Bloggs (she/her) @jobloggs) or face to face via preferred pronoun badges (or ‘pins’).

If you would like to read more in this series of articles, our final article explores how language shifts reflect changing ideas about mental health and disability, while our previous article looks into the ways in which new words and uses are created.