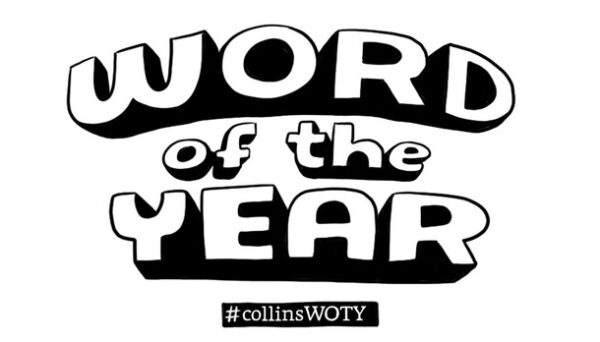 “Just one more”. Something we’ve all said at some point this year while sat in front of the TV, and we’re not talking about glasses of wine. Thanks to some tortuous cliff-hangers, puzzling ‘who-done-its’ and another rainy British summer – ‘Binge-watch’ has been revealed as the 2015 Collins Word of the Year.

Series Link, Netflix, iPlayer and of course, the staple box set have changed the way we watch TV and talk of ‘binge-watching’ is up some 200% on 2014. The days of missing an episode or having to wait a week for the next have been long gone for years, but screenwriters evidently upped their game in 2015 and we lost all self-control. We know, “Sorry, I can’t make tonight”, likely means they’re on a final episode, while entire weekends have been spent devouring box sets such as Game of Thrones, Orange is the New Black and Homeland.

Luckily, ‘clean-eating’ also made an impact as one of the Collins Words of the Year , saving us all from full couch potato status. The NutriBullet landed on kitchen counters of healthy homes across the UK, taking organic diets to a whole-some new level. Leftover Christmas cake was binned as ‘Deliciously Ella’ served up sweet potato brownies, and as the year went on, things only got healthier. With the exception of the much loved Bake-Off, whose viewing figures rose higher than Nadiya Hussains scones, it’s been all about ‘clean-eating’. Guide books like ‘Eat.Nourish.Glow’ and ‘Clean Eating Alice’ are now at hand to show us how to spiralize our veg and juice our fruits – perhaps a good compromise if we’re binge-watching all day long?

A little less clean and far less lean were the paps’ pictures of Leo DiCaprio and Adam Sandler taking a dip in the sea. Revealing an untoned, slightly plump physique yet still deemed a catch – they became the shining example of a ‘dadbod’ – a term that was grabbed by men across the world to claim that their absence of abs made them attractive in a whole new field.

That might have been a better option for Sean Penn, who’s rock hard pecs didn’t protect him from a painfully public ‘ghosting’ act from fianceé Charlize Theron. For the lucky ones who have never experienced this, ‘ghosting’ is the act of avoiding all phone calls, ignoring all emails and not replying to any texts – not the most courteous approach to a break-up, but evidently something many have experienced, and finally we have a word for it!

And so 2015 has become the year of breakups – with the dramatic split of Zayn Malik from Perrie Edwards and Kermit and Miss Piggy calling time, it’s no wonder ‘swipe’ has made its way on to the shortlist. With singletons eagerly swiping through profiles on Tinder and a whole host of new dating apps, to ‘swipe’ is your quickest, most efficient, and perhaps laziest way to find new love. Just remember – right for yes, left for no.

Elsewhere, we’re swiping keys, cards and phones as the push for all things to be ‘contactless’ continues. Thanks to a million adverts from TFL telling us we no longer have to top up and Apple’s iPhone 6 and smart-watch, it’s been the number one word on billboards, bus stops and most importantly, at the Pret-a-Manger till point. All in the name of speeding life up and cutting down queues so we can get home sooner and cram in the next episode of Orange is the New Black.

They may be speeding things up and cutting down the queues, but TFL have another issue on their hands – ‘manspreading’. The now recognised term for men who sit with their legs splayed taking up valuable room for the rest of us. Ladies may be guilty of ‘she-bagging’ as we found out last year, but it’s a lot easier to ask a lady to take her shopping bag off a seat than it is to ask a man to close his legs. So instead people took to social media, capturing thousands of ‘manspreading’ offences and releasing years of pent up frustration.

Let’s hope the viral spread of the word means fewer spread legs, particularly if you want to avoid being ‘shamed’. Unfortunately for some, the use of ‘shaming’ tripled since 2014, with negative comments flowing thick and fast on social media. Lesson learned – don’t tell social media if you’ve done something regrettable, because someone, somewhere, will have something to say about it and the chances are they won’t hold back.

Above all, it’s not been a year for holding back or shying away. The growing voice of trans people in the media, such as popular figures Caitlyn Jenner and Laverne Cox, saw the use of ‘transgender’ double and land itself as one of the ten ‘Collins Words of the Year’. On this side of the pond, August was all about ‘Corbynomics’; the optimistic policies from Jeremy Corbyn that are supposedly to lead the UK to huge economic growth.

Thanks to the world’s excessive use of these words, all ten will made it into the online dictionary at Collinsdictionary.com, but will they stand the test of time? The next print of Collins Dictionary is due in 2018, so we’ve got to keep up the ‘binge-watching’, continue spiralizing our veg and wait and see if ‘Corbynomics’ will, in fact, save our economy. Imagine!