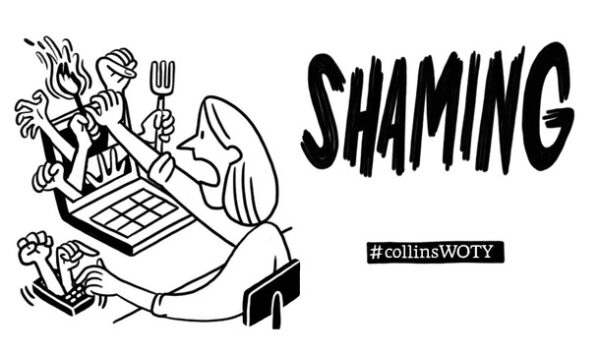 To celebrate Collins Word of the Year 2015, we explore the etymology of ‘shaming’.

March 2015 saw the publication of So You’ve Been Publicly Shamed by the journalist Jon Ronson, a book that shone a spotlight on the current trend for mounting campaigns to heap opprobrium on people who are perceived to have broken some code of behaviour. Indeed, victims of such ‘shaming’ do not even need to have acted criminally or immorally; even a person’s shape might expose them to ‘body shaming’, as several celebrities have found to their cost.

The rise of social media has made it much easier to orchestrate such campaigns, but the idea of shaming wrongdoers is an old one. Governments in several countries have pursued the policy of ‘naming and shaming’ offenders and even public bodies that failed to reach acceptable standards. Indeed, shame appears to be a fundamental human concept. The word itself can be traced be to the Old Norse skömm, and came into Old English as scamu before gradually changing its spelling to the current form.