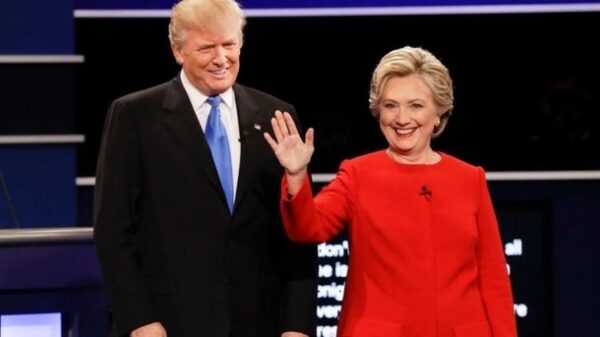 Brangelina, Dampfnudel, and tsunami of abuse: September’s Words in the News

A recurring theme of this year’s “new words” blog posts has been old words cropping up again in a slightly new form or context, whether it’s the recent European Union Referendum recycling political jargon from the Scottish Independence Referendum, or a true blast from the past like Pokémon returning for smartphone age. With that in mind be sure to tweet Brangelina as much as you can during the next couple weeks, because it’s probably your last chance.

Yes, the Hollywood power couple to end all power couples announced their divorce in September, thereby plastering their portmanteau – one of the most recognizable of all couple first-name blends – all over the internet. Of course, this time it was via discussions of the partnership’s demise.

Another word I never expected to see trending in the English-speaking world was Dampfnudel. Having lived in Germany, I was already familiar with these steamed dumplings, but it took The Great British Bake Off to bring it to the UK. The name is German for “steam-noodle” though they aren’t “noodles” in any sense we understand. On the other hand, the English word noodle comes from German Nudel, which probably originally meant dumpling anyway.

However, GBBO does not take the proverbial biscuit when it comes to unlikely trending words. That honour goes to Donald Trump, who used braggadocious during a televised debate with Hillary Clinton (sending millions of viewers to online dictionaries in the process). But what does it mean? Well, the short answer is it means “boastful”, even “arrogant”, but there’s more to it than that. Braggadocious is an adjective derived from braggadocio, a noun meaning “boasting” or “a person who boasts”. Although it seems to be Italian in origin, it was actually coined by Edmund Spenser in his late sixteenth-century poem The Faerie Queene, which is highly recommended if you need a good, solid paperweight.

The noun is hardly used at all any more, and the adjective very rare indeed, though one recent citation comes from a recent novel by author Dean Koontz. Altogether this indicates some very questionable literary tastes on Trump’s part.

But not everything that made the news in September was a recycled phrase. The Labour Leadership contest yielded something new, which is ironic as it was itself something of a re-run, being the second such leadership contest in as many years. While Jeremy Corbyn continued to face resistance from the Parliamentary Labour Party, he retained his popular support among the wider party at large. As some of the latter are both internet-savvy and, shall we say, forthright in their criticisms of Corbyn’s detractors, the Labour Party adopted a new social media policy, effectively expelling members who engage in a so-called tsunami of abuse (such as the one that befell author J K Rowling after she tweeted her support of Owen Smith).