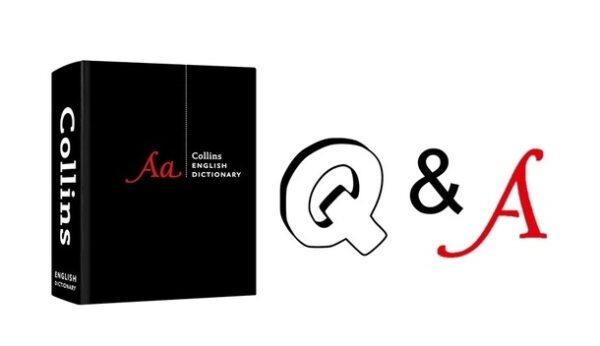 What is Collins’ Word of the Year?

Collins’ Word of the Year is a word that our lexicographers have identified as having been notably more visible in the last year. It may be a brand new word or an existing one that has seen its popularity increase because of current events or trends.

Why is ‘Binge-watch’ Collins’ Word of the Year?

Although the word started to gain real momentum in 2010, it seems everyone has been ‘binge-watching’ this year – we’ve seen usage triple. For that reason, and because we believe it marks a significant change in the way that people view (and expect to view) television programmes, our lexicographers have named it Collins’ Word of the Year.

Why did you not choose (another word from the list)?

All our Words of the Year have been prominent in the last year, from brand new phrases such as ‘Corbynomics’ to existing words that are being used more, such as ‘swipe’ and ‘transgender’. However, we believe that the increase in usage of ‘binge-watch’ (up 200% on 2014), its encapsulation of the concept and the fact it sums up a huge change in the way we spend our leisure time make it a worthy Collins’ Word of the Year.

How do you decide on the Word and Words of the Year?

Our lexicographers monitor word usage across all forms of media, and highlight those that are new and are gaining traction with the public, or those established words that are being used more frequently, perhaps because their meaning is changing.

We consult the Collins Corpus, our 4.5 billion-word database of language. The words in the Corpus are taken from a huge range of sources of spoken and written English, including newspapers, radio and other types of media, from all over the world.

We investigate the words that reflect the social and cultural developments of the last year, and which people have adopted or used to give a name to a recognizable phenomenon or experience. From our selection we choose one Word of the Year that has very much come to the fore.

Will all these words appear in Collins Dictionaries?

All these words appear on Collinsdictionary.com – the home of living English. All our Words of the Year will be considered for future print editions of Collins English Dictionary.

Our team of lexicographers analyse which words are most suitable for inclusion. The decisions they make are based on various criteria.

How do new words get chosen for the dictionary?

Our lexicographers monitor the Collins Corpus for the emergence of new words and changes in meaning and frequency of usage of established ones. Members of the public may also submit new words for consideration.
Every word that is submitted to Collinsdictionary.com is reviewed by our editors before inclusion. Whether it’s a word that has been floating around the verges of common parlance for years, or one that you’ve just coined and submitted yourself, the word will always go through this review process.

Our editors look for objective evidence to decide which words deserve to be included. This evidence is based on our 4.5-billion-word database of language called the Collins Corpus. The words in the Corpus are taken from a huge range of sources of spoken and written English, including newspapers, radio and other types of media, from all over the world.

Every word has to prove itself worthy of a place in our dictionary.

How may a member of the public submit a word for consideration?

Anyone can submit a word for consideration by visiting www.collinsdictionary.com/submission and signing up. The more supporting evidence that can be supplied, the more likely it is a word will be found worthy of inclusion.

Why do some words disappear from the Dictionary?

It’s a sad fact that sometimes words are removed from the dictionary due to neglect. Don’t blame our editors, but they are constantly working to ensure that the Collins Dictionary reflects current language use. If your word turns out to be a flash-in-the-pan, one-hit-wonder it may not last long. Keep it useful, keep it in use.