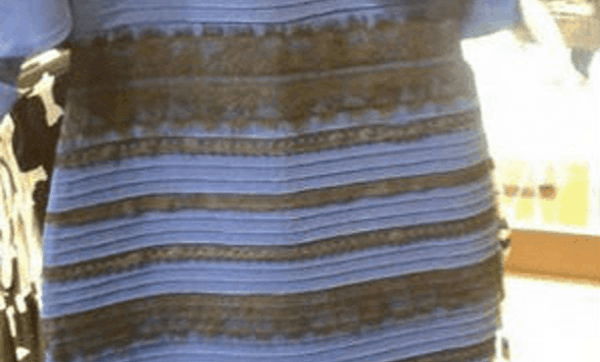 ‘Dressgate’, ‘Propose Day’, and ‘Bennettesque’: February’s Words in the News

As if February didn’t have enough to be getting on with. Candlemas and Groundhog Day (in North America at least) start the month with their predictions about the weather. Then there’s Valentine’s Day, which is great if you’ve got a date, and not so great if you don’t. And this February also had Pancake Day or Shrove Tuesday. But that’s apparently not enough for the shortest month in the year. There’s a new February “holiday”: Propose Day. No points for guessing how you “celebrate” this “holiday” (I guess popping the question six days later on Valentine’s Day is too predictable), but it apparently falls on 8 February every year. Thank you, internet. I’ll put it in my calendar along with the so-called “International Talk Like a Pirate Day”.

And in case you’ve ever actually wanted to break the internet, something apparently already has. It’s not often I get to say this, but the top trending word of the month was actually dress. And I think you all know which dress I mean. I’ll give you a clue: it’s blue and black (or is it? Let us know in the comments below).

Basically, someone took a photo of dress at a shop in Birmingham. Later the photo was posted on Tumblr, and people began arguing about what colour it was. In actual fact, the dress is blue and black, but many people see it as white and gold in the photo (an optical illusion influenced by the lighting in the picture and other factors). The ensuing argument reached far beyond the Midlands, or even the UK. A Texas man got the dress tattooed on his leg (in blue and black), and celebs like Taylor Swift (blue and black), Kim Kardashian (white and gold), and her husband Kanye West (blue and black) weighed in. It even became known as Dressgate.

Others call it “the dress that broke the internet”. Appropriate, as the Kim Kardashian’s tweet about the dress helped to promote the controversy, and the last thing to “break the internet” (that is, to trend to such an extent that all social media seems obsessed by one topic/image/link) was Kardashian’s photoshoot for Paper magazine.

But February isn’t all holidays and tempests in a Tumblr blog. Politics carries on. As the forthcoming general election approaches, we’ve seen rising interest in smaller political parties. Then Green Party leader Natalie Bennett gave a car crash of an interview to LBC Radio, in which she (among other things) forgot – or failed to learn – the costings to support the Greens’ housing policy. Nick Ferrari dubbed it “one of the worst interviews ever by a political leader”, so we may have seen the last of the Greens until the next election.

However, a few days later Deputy Prime Minister Nick Clegg forgot his own figures in an LBC Radio interview, a situation he described as “Bennettesque”. We may have hoped the proposed pre-election debates would be compelling viewing, but it now seems cringe-making is more likely.

By Robert Groves is Editor of the Collins Dictionary