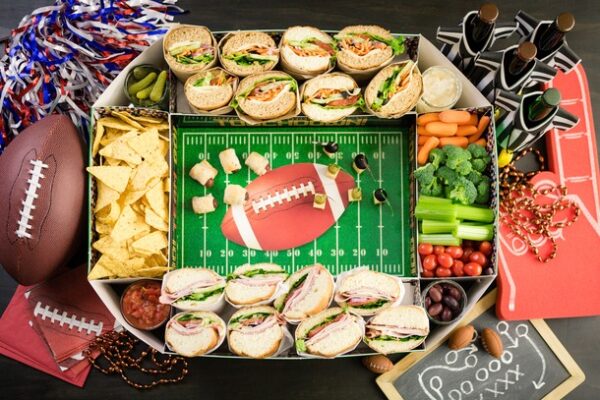 What a difference a month makes. And in this case, that difference is zero. The same topics that dominated the news in January, dominated in February. Perhaps we simply have to get used to this.

But it’s not all doom and gloom. One light-hearted new word that cropped up last month was snackadium. As usual, February saw the annual Superbowl game in the US. If you don’t know (and you probably do), the Superbowl is the so-called “World Championship” of a sport that is only played in one country: American football. And this year a recent trend of building a snackadium, that is, a model of the football stadium which is to host the Superbowl, made entirely out of snack foods, seemed to reach a new height in terms of popularity. My question is: do they actually eat it?

Another frivolous-sounding phrase in February’s news was nerd prom, a facetious name for the White House Correspondents’ Dinner, an annual event for the journalists who cover the White House and the President of the United States. It made the news in February after current US President Donald Trump announced on Twitter that he would not be attending the dinner, because journalists are a bunch of meanies who say mean things about him. He also told the teacher on them at recess, and labelled the press an Enemy of the People (which totally doesn’t sound like something Kim Jong Un would say).

See? Now we’re getting back into murky waters. So what else did Trump do in February? Well, he nominated Neil Gorsuch for the vacant seat on the US Supreme Court, bringing the judicial term originalist into the headlines. An “originalist” is a US judge who, in interpreting the US Constitution, seeks to discover the original meaning or intent of the Founding Fathers. Who lived in the 1790s.

But, once again, in case it looks like the US is the only country skating on thin ice, we should recall that Great Britain took another step toward Brexit in February, when the House of Commons passed legislation allowing Prime Minister Theresa May to trigger Article 50. Labour Leader Jeremy Corbyn, once the darling of the radical left, has been criticised for not campaigning harder in favour of a Remain vote. He is presumably in trouble again, then, after he issued a three-line whip instructing his MPs to vote with the Conservative government in favour of the legislation. That’s right, the Labour Leader commanded his MPs to vote with the Tories. But what is a “three-line whip?” Well, it’s a whip (instruction to MPs from Party Leadership on how to vote) underlined three times. It’s meaning is that MPs are absolutely not to defy the whip, or face dire consequences. In some cases, MPs who do defy such a whip can be expelled from the party. However, as a fifth of Labour MPs did rebel, maybe it’s just easier to expel Corbyn.