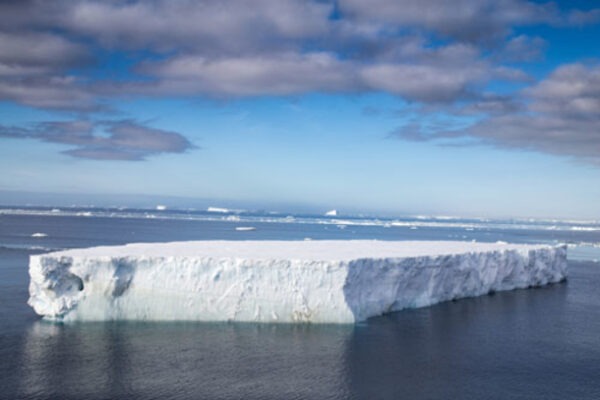 Tabular iceberg, drill music, and the Strictly Curse: October’s Words in the News

October is the “scary month”, and I have scary news. No, it’s not Brexit. That’s for next year. It’s a weird, rectangular iceberg that NASA has discovered in Antarctica. In other words, an iceberg that looks “made” instead of “naturally formed”. Like some intelligent life form carved it. But so what, right? I mean, it’s not like any horror films have ever been set in Antarctica. Oh, wait: there’s John Carpenter’s The Thing, in which researchers in Antarctica discover weird, rectangular ice blocks, and an extra-terrestrial parasite that inhabits humans and makes them kill each other. Still, there’s probably nothing to worry about, unless we hear about violence in an Antarctic research centre. Oh wait, that also happened this month.

All spookiness aside, there’s actually nothing to worry about. These rectangular icebergs, called tabular icebergs, while not the “classic” iceberg shape, are not unknown to science, and are perfectly within the laws of physics. So regardless of how “built” it looks, it is in fact a natural phenomenon. And the other thing…well, hanging out in close quarters with the same people for six months can get pretty stressful.

John Carpenter is, of course, famous for his seminal slasher horror film Halloween (topical, eh?), and I’m old enough to remember seeing it when it was still “new”. And as such an old fogey, I can only find out about new genres of music by watching the news. Which is how I found out about drill music.

Drill music is, apparently, a sub-genre of rap, and has courted controversy due to its violent lyrics, to the extent that some are blaming it for a rise in knife crime in London. However, the genre made headlines in October, when Channel 4 commissioned a drill rapper called Drillminister to produce a song using actual quotations from sitting MPs as lyrics. The stunt was intended to highlight the underlying violence and misogyny in the language used by our elected officials (many of the quotes were directed at Prime Minister Theresa May). Whether it leads to knife crime in the House of Commons or a hit single remains to be seen. Maybe they were listening to the track in Antarctica? Anyways, in my day, we had gangsta rap, and I find it hard to believe lyrics can get more violent than that.

Keeping with the themes of music and ruining lives, Strictly Come Dancing is on again, and with it comes talk of the so-called Strictly Curse. For those who don’t watch the show (like me), the Strictly Curse is basically when the show’s dancing couples either are or are believed to be having an affair, leading to the end of one or both partner’s previous relationships.

This year’s Strictly Curse has so far been focused on Seann Walsh and his dancing partner, Katya Jones, though other contestants have also been named. Now, why would two people who regularly spend hours and hours together practising intense, intimate dance moves in revealing costumes suddenly have an affair? I guess some things are meant to remain a mystery.