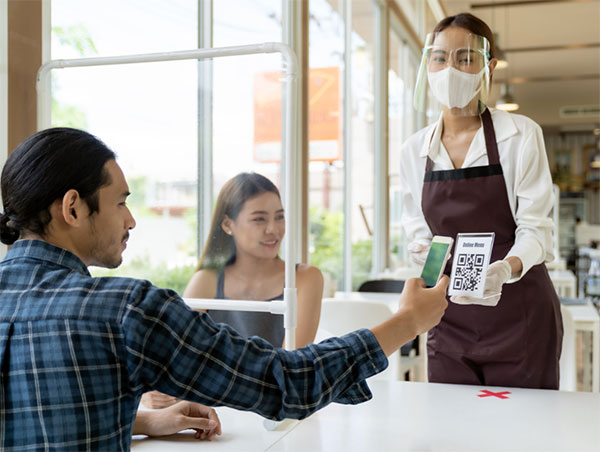 Eat Out to Help Out: the new scheme for UK restaurants

Talk about mixed messages! On one hand, UK residents are being urged to go to a restaurant and enjoy noshing out. ‘Eat Out to Help Out’, the UK government instructs – healthily or otherwise, according to taste.

Indeed, the government is incentivising that message by subsidising a 50 per cent discount on food and non-alcoholic drink consumed in participating eateries, up to a maximum of £10 per head. ‘Roll Up and Tuck In’ to get a major part of the service economy moving again is the double-edged message, appealing jointly to base appetite and noble civism.

I shall certainly take advantage of this offer. After what feels like not 20 but 20,000 weeks of lockdown, I’m raring for a treat OUTSIDE THE HOUSE. I wonder, however, whether some people will disdain to indulge, if not on health grounds, then through snobbery. Still, even upmarket chains like The Ivy are doing their patriotic duty.

On the other hand (reverting to ‘mixed messages’), the UK government has launched an anti-obesity campaign. One prong (Geddit!) of its three-pronged approach is to compel eateries to state on menus the calorie content of the food and drink they sell. Restaurateurs immediately questioned the desirability of this approach because it imposes extra cost and work.

The strange case of the phantom ‘n’

R-e-s-t-a-u-r-a-t-e-u-r-s, I wrote above. That’s right, no letter ‘n’. But, but, but … we’re talking about someone who runs a restauraNt, I hear you mutter. That’s true, and it’s also true that people sometimes say/write restauranteur as if it was created by shunting an –eur onto restaurant. Well, they’re right and they’re wrong. Right because restauranteur (1837 vintage) with an ‘n’ is indeed a derivative of restaurant with –eur coupled on, wrong because it is inspired by the earlier restaurateur (1793 vintage in that meaning) and is an arguably anomalous form. For instance, Collins warns that some people consider it wrong and to avoid it. If you key the naughty-N version restauranteur into Google, it asks, ‘Did you mean restaurateur?’

My soul he doth restore again…

Think of the verb restore, and you probably think ‘buildings’. But it also means to ‘bring back to health’, especially spiritually, as in the hymn The Lord is My Shepherd.

What has that to do with eating out?

Well, food does, hopefully, restore you physically, and the place where you eat, restaurant, is literally a ‘restorative’. It comes from French restaurer ‘to restore’, which comes in turn from Latin restaurāre – wherein lies a pun, as you will shortly see. Technically, restaurant is a present participle used as a noun (think of aimant for ‘lover’, from aimer).

In early-16th century France a restaurant was a ‘restorative’ in the sense of a cordial that restored you to health – allegedly. In the 17th century it became the term for a fortifying meat broth or bouillon. Then, in 1765, the enterprising Parisian Monsieur Boulanger opened an establishment selling his fabulously restorative broths, those bouillons restaurants, for consumption on the premises and so the word gained its modern meaning. One story goes that Boulanger advertised his restaurants divins ‘divine restoratives’ on his sign, so it was a simple step from naming the thing sold to the place where it is sold in a classic example of metonymy.

On his shop sign Boulanger also highlighted the restorative quality of his food by punning on a famous section of the Latin version of the New Testament (Matthew 11:28). He changed the verb ego reficiam vos (‘I will give you rest’) to ego vos restaurabo, ‘I will restore you.’

Restaurant hopped across the Channel in 1806 and has been dining out ever since. It’s not as if Brits didn’t eat out before then. But British admiration for trans-Channel sophistication ensured that once here the word largely gobbled up homegrown, do-what-they-say-on-the-tin terms such as eating house or chophouse. My tummy’s rumbling. Now, where’s my healthy celery snack? Gone? Och, it’ll have to be the Snickers then.